Gertrude is pleased to announce the first major solo presentation in Naarm Melbourne of the Ngudooroo (Lamb Island), QLD based artist Archie Moore. Dwelling (Victorian Issue) is the fourth iteration of Moore’s series of large-scale architectural installations which explore the artist’s personal and transgenerational memories. Through his detailed recreation of domestic interiors–precisely brought to life with objects of both symbolic significance and banality–Moore offers viewers an immersive, emotive, and disorienting journey through both lived and speculative experiences. The exhibition considers the porosity of memory and the transience of ‘home’: how spaces of safety can become dangerous or inadequate, and the often-violent erasure of the histories of place upon which these structures are built.

Moore (b. 1970, Toowoomba, QLD. Kamilaroi/Bigambul) works across media in portrayals of self and national histories. His ongoing interests include key signifiers of identity–skin, language, smell, home, genealogy, flags–as well as the borders of intercultural understanding and misunderstanding, including the wider concerns of racism. Recent projects include Archie Moore 1970 – 2018 (2018), Griffith University Art Museum, Meanjin Brisbane, the artist’s first solo exhibition to be presented by a public institution; the major public commission United Neytions (2014–18) for the T1 International Terminal at Sydney Airport, a partnership with the Museum of Contemporary Art Australia; and A Home Away From Home (Bennelong/Vera's Hut) (2016), for the 20th Biennale of Sydney.

Moore is represented by The Commercial, Sydney. 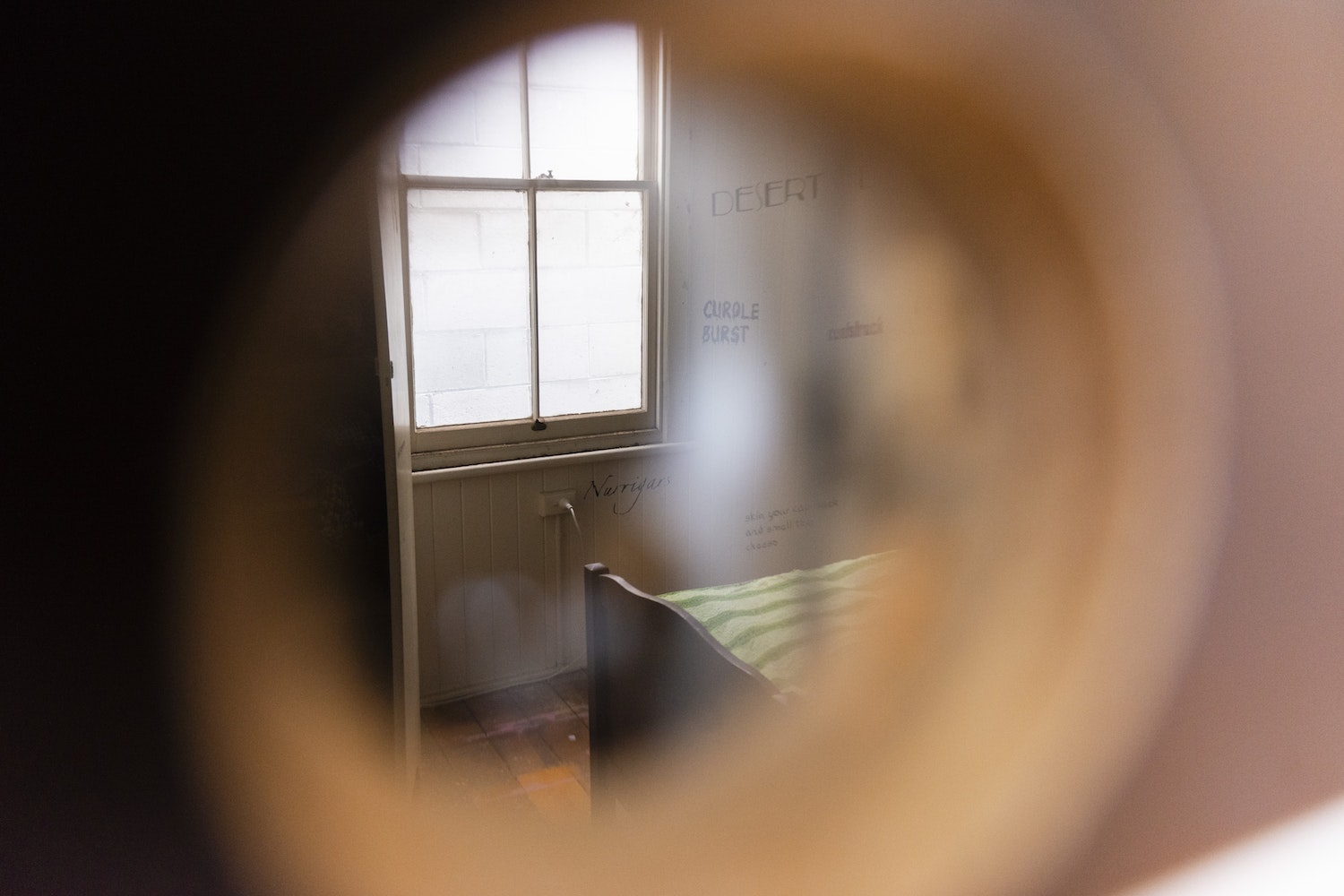