The Super Light presented as an ongoing sculptural/installation project that drew on the incongruent act of throwing things up in the air and having them stay there.

Created by emerging Melbourne-based sculptural installation artist Ardi Gunawan, the project reused found materials, drawing on their prior connotations as a way of building meaning and structure. The form of the work brought together some of Architecture’s loftiest ambitions combining them with the most primitive of structures - a shambolic child’s cubby construction.

For this particular exhibition, Gunawan propped his materials up against each other, wedging them and securing them with a series of slender sticks. The vulnerability of this support-system became an integral part of the work - a tentative attempt at defying the fall. To this end, the work became a speculation about how lightness can be made apparent through the distribution of heavy things.

In short, The Super Light developed as a temporary assemblage which made the viewer reconsider notions of weight and form. As Ardi has explained “The structure attempts to release its own inherent tension, the weight of its own balance, through additive processes; stacking, piling, balancing, counter-balancing and leverage. It presents not the illusion of balance but actual balance. “ 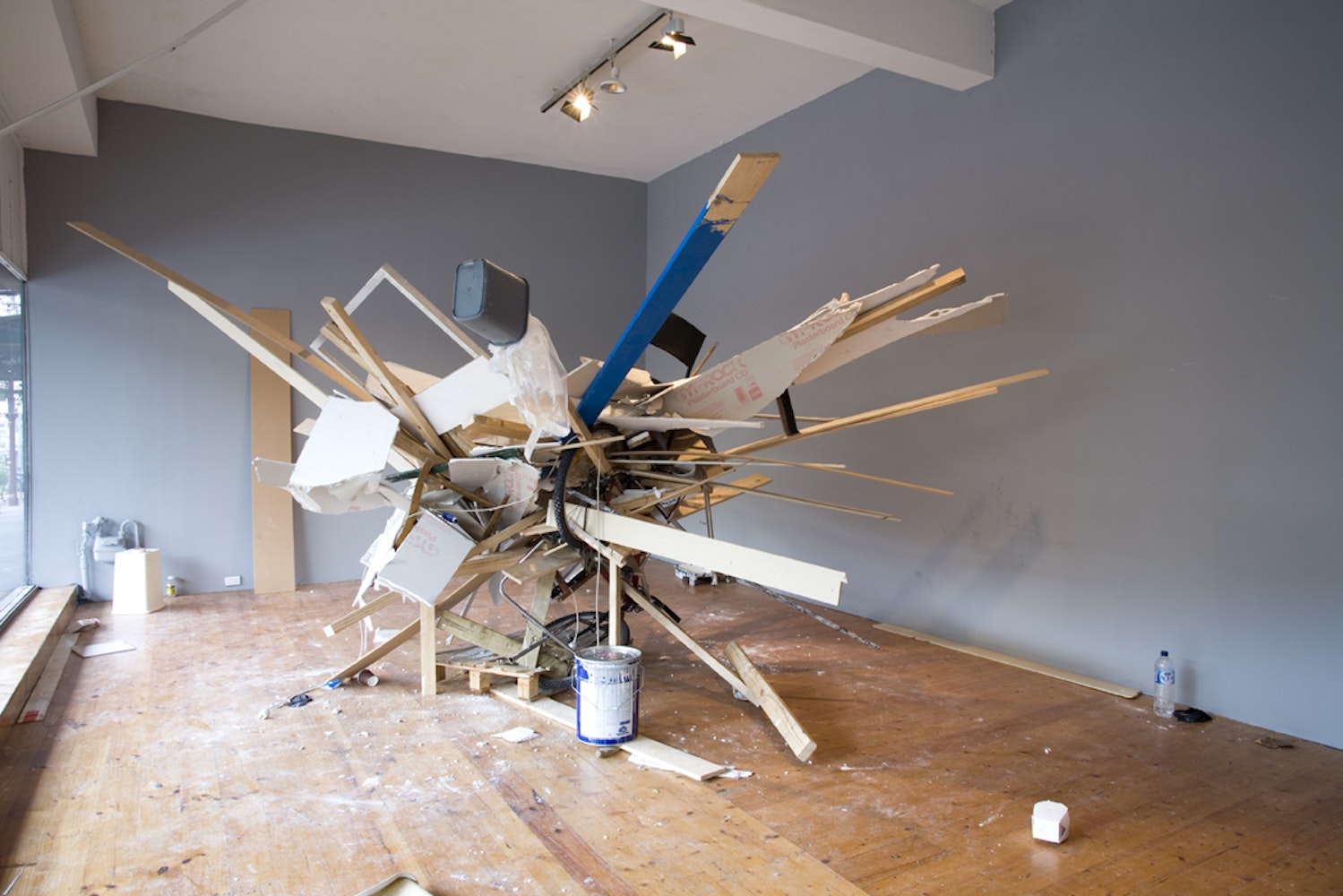 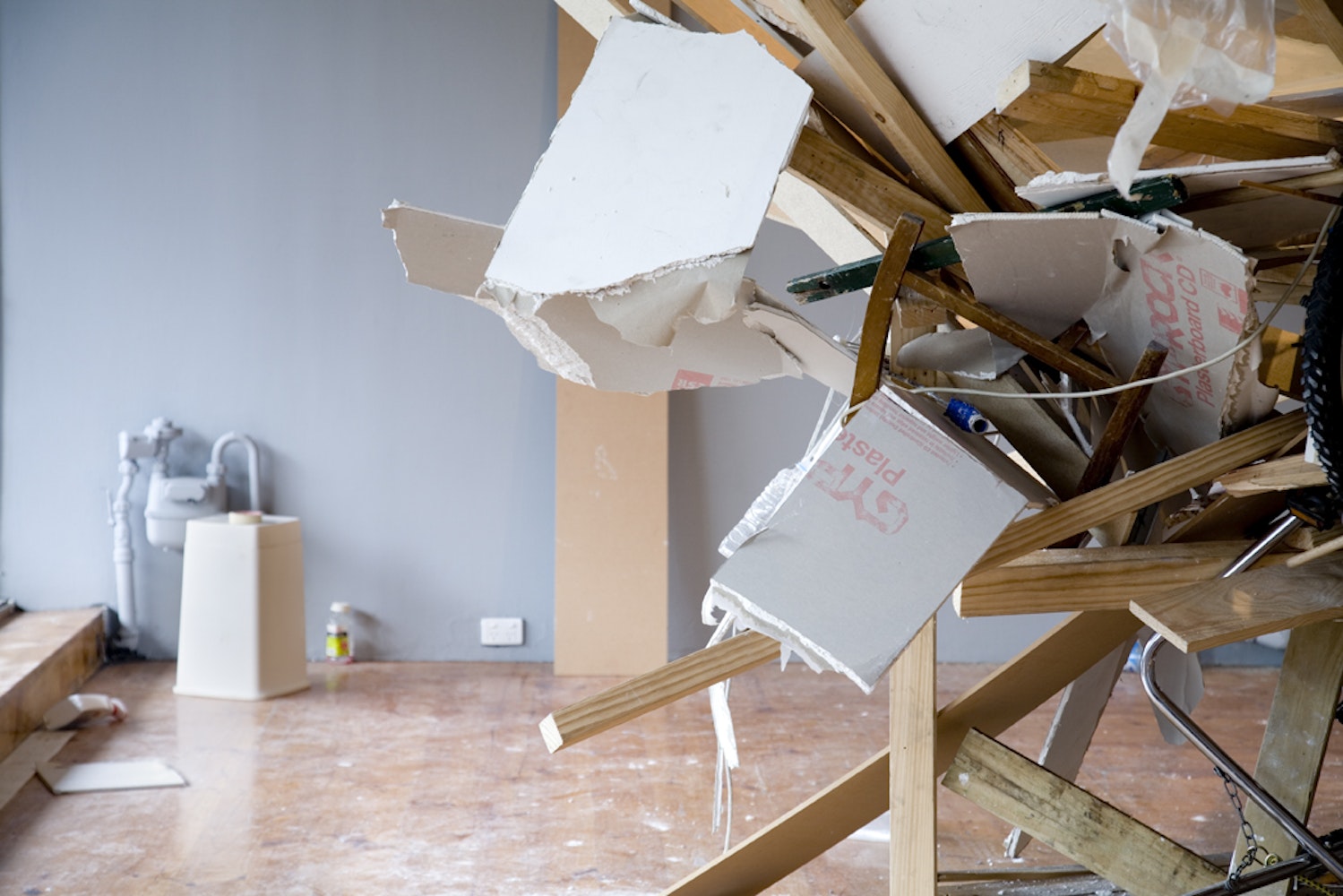 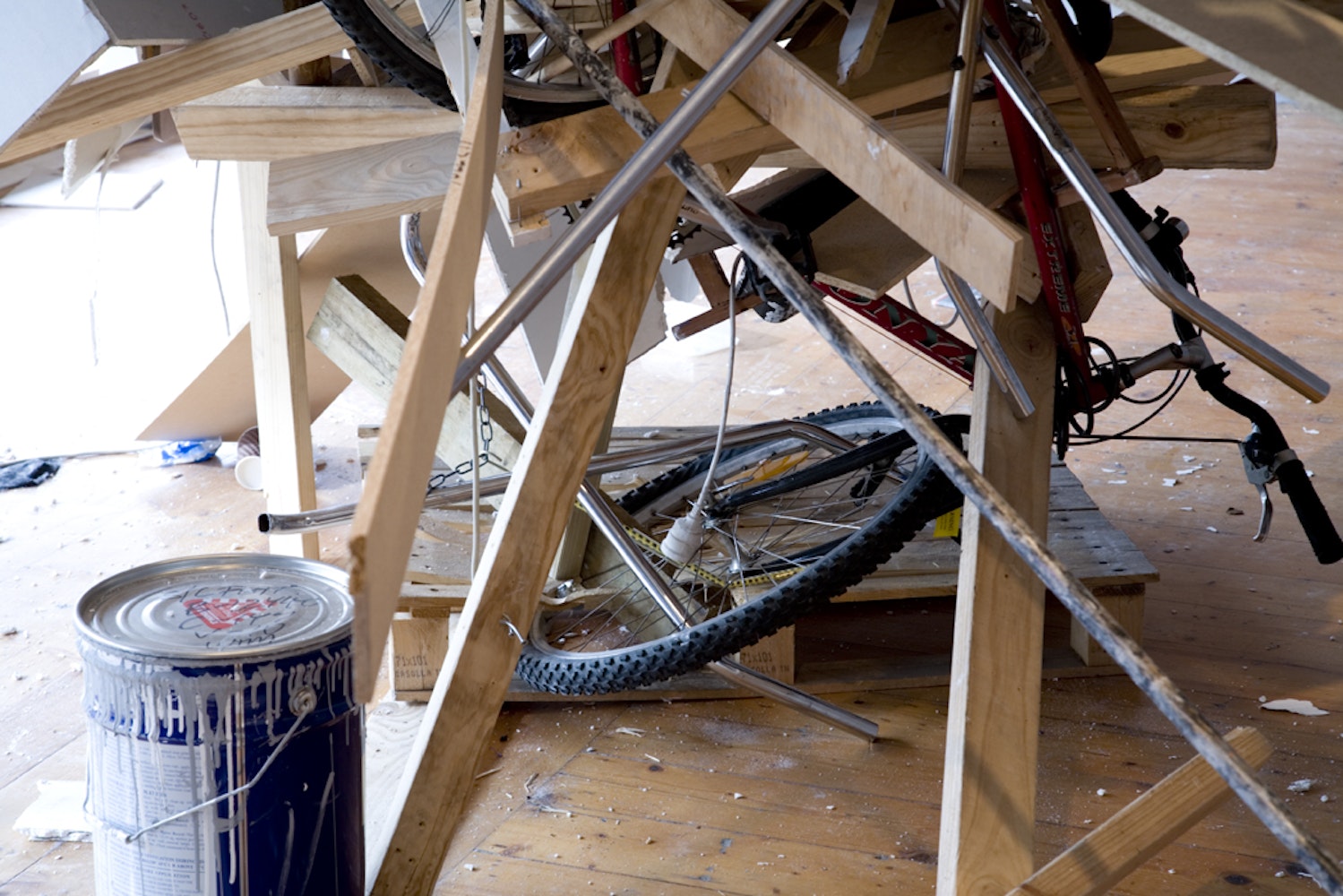 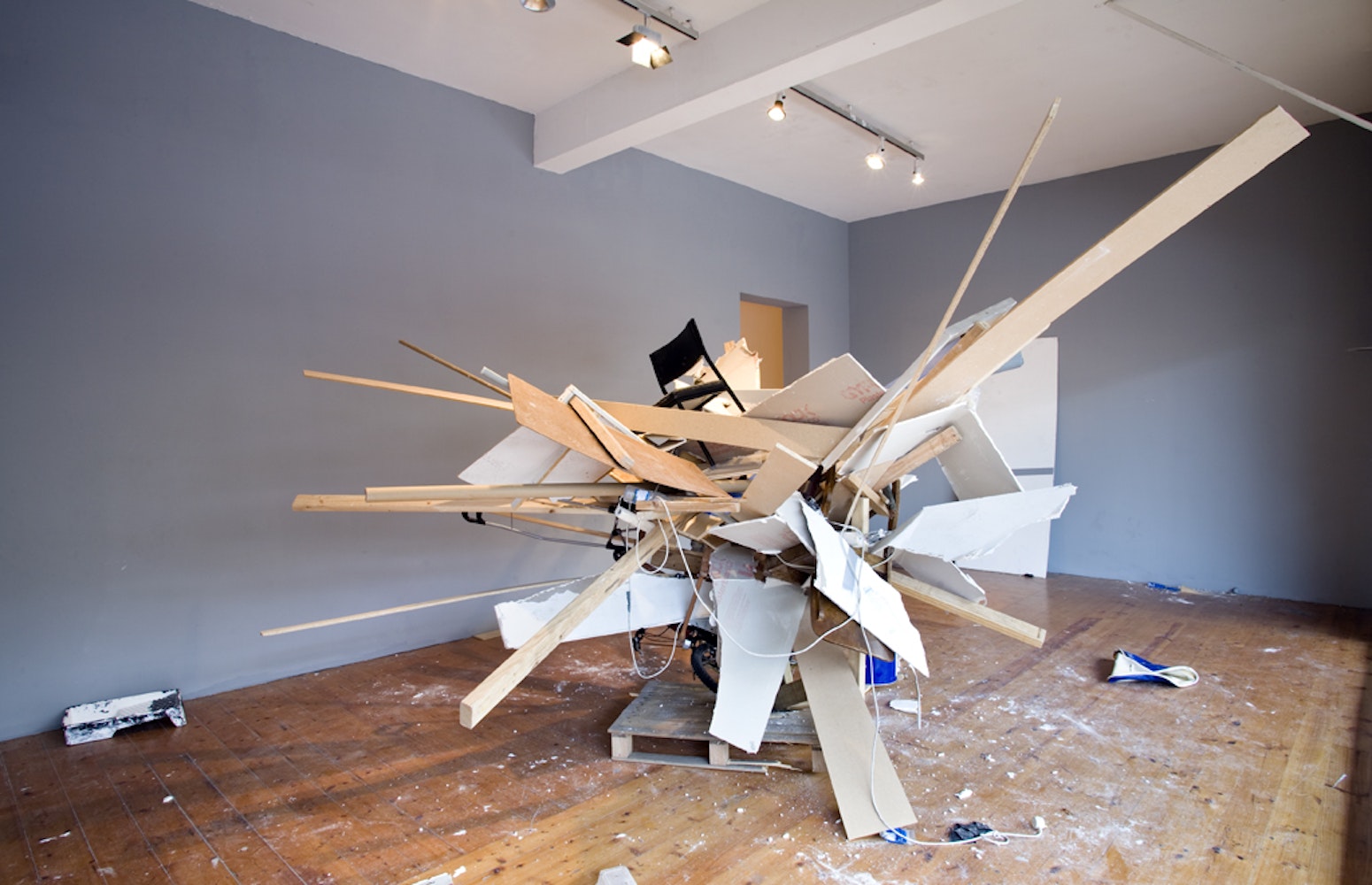