Installation view of DAMP, 'Book of Shadows' at Studio 12

REMEMBER THE PAST AND REVEL IN THE FUTURE

DAMP has re-represented the sacred Book(s) of Shadows seen in the popular long-running television show - Charmed. In the show, there are three witch sisters, who all use their own Book of Shadows as a source of ritual, magical practices and the ethics and philosophy surrounding witchcraft. As on television, DAMP’s books hold together the essence of the collectives’ every virtue and belief, whilst celebrating the very tangible proof that things have been shared and discussed at a point in time, as well as over a longer period. Most importantly, DAMP proves that there is undeniable significance in (even imagined) beliefs, and that they can take a group, such as DAMP, or yourself- anywhere. Here, in their Book of Shadows, DAMP makes dreams more believable, whilst at the same time, takes celebrating them seriously.

These books appear to be designed more for commemoration than curse or spell. The contents symbolize everything the DAMP collective has thought, dreamed of or imagined, tracing back to when they first began five years ago, which in itself, is a milestone. The weight and look of the books themselves represents the commitment of contribution and the reality that DAMP has existed through many changing times.

Members of DAMP have changed along the way and people have come and gone. These books make sure to record the movements of members and their ideas so as to elucidate everyone’s thoughts at any given time. The overall anonymity within the books takes the emphasis away from the importance of the idea of an artist’s individual authorship, which is something so awfully central and fundamental to being an artist generally. Under this chosen anonymity, the artists’ thoughts subsequently take on independent group meaning, allowing the books’ pages flow on together in an informal yet undeniably unified way.

The books function as powerful tools that allow dreams of possible trajectories and movements to evolve and exist in a form that differs from the actual. The books’ physical importance can be seen immediately in the very objects themselves. They look as though they belong only in certain hands and appear actually larger than life. Held upon DAMP-made lecterns and a detailed hand-painted rug, the books further materialize as the literal, fantastical and creative records of DAMP’s history. The setting helps to further the hope that the books might open suddenly and the pages turn themselves. They speak of past, present and future and most importantly, are yet to be completely filled. They are the beginning of DAMP’s unspoken and unseen history and although every page is different, an underlying union can be seen, felt and recognised.

As humans, we often forget the importance of acknowledging not only the strength that a group embodies but we also tend to overlook the underrated importance of making sure to represent and announce the possibilities we may be able to achieve when together. DAMP work together, in order to make work together. This involves meetings and many differing conversations between members and the books tell the tale of this longitudinal relationship. In a group ideas can be lost, and quickly at that. Here, DAMP has recorded as many of their ideas as possible for viewers to look at and touch- at their chosen leisure, so that they can ignite as much imagination within the audience as possible. The fact that there are still pages to be filled, demonstrates an unstated and almost unwritten continuity- of production, as well as DAMP itself. It’s possible that they will never be filled. It’s an ongoing collective us-story that non-DAMP members couldn’t possibly be sure of, unless they then asked to become directly involved.

DAMP have encapsulated this very idea of the strength of a group memory and in the Book(s) of Shadows, they’ve illuminated it all through drawing, collage and medieval calligraphy among other things. DAMP realises the absolute diversity of their creative mind-pool and so, have chosen to bring to life those ideas that come to them as a flash of intense impossibility. These moments and those of humorous sincerity suddenly become real and subsequently a serious possibility, especially when they’re then put forward to and approved by a group of creative minds.

The Book of Shadows allows something as forever changing as DAMP to evolve without possible regression. For DAMP themselves, the books act as ways to remember rewarding relationships and things shared with people who have been involved in whatever way. For us they embody the group as a whole and achieve something that’s more potent than the sum of any group of individuals - unity when beholding it. 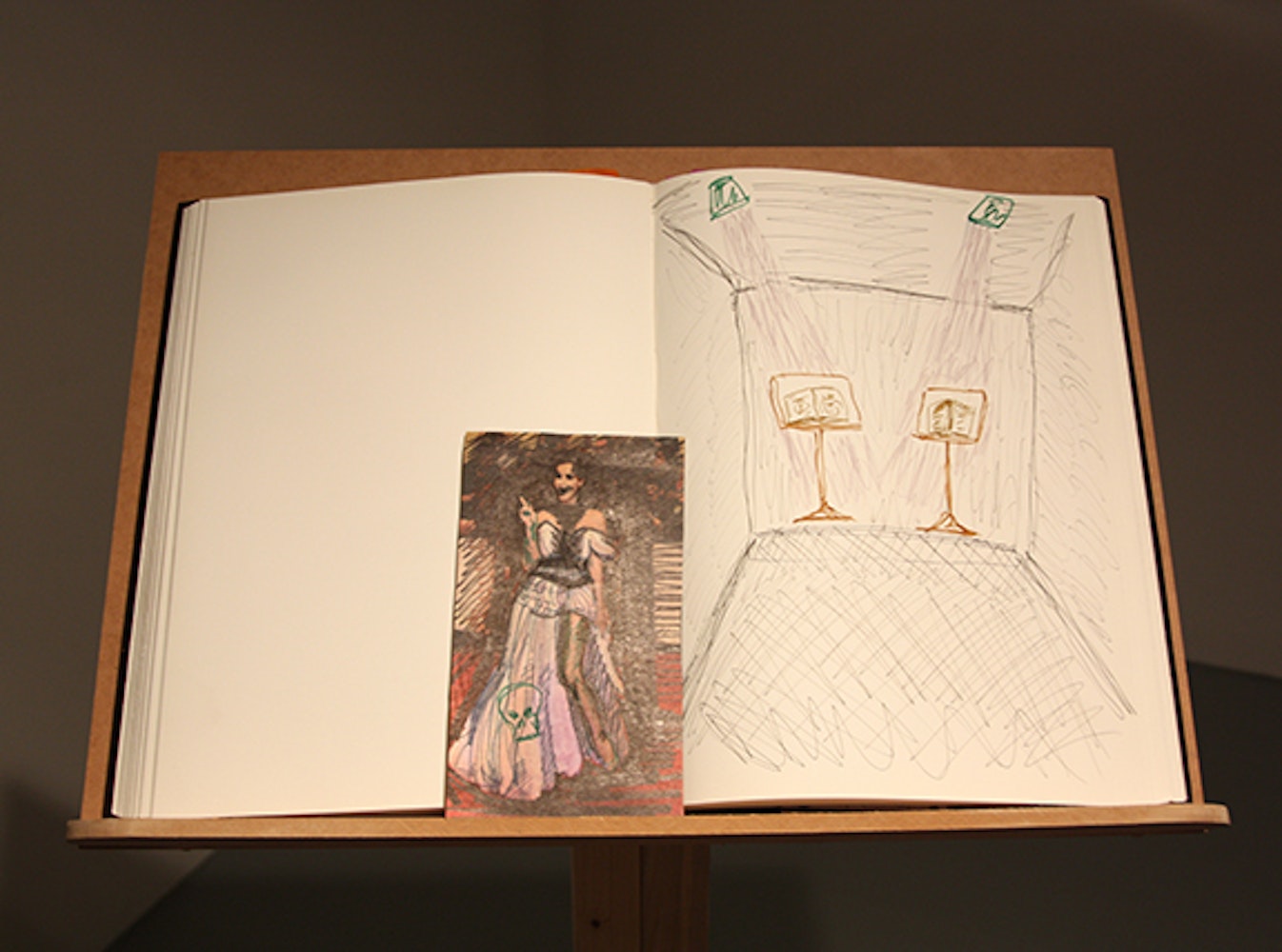 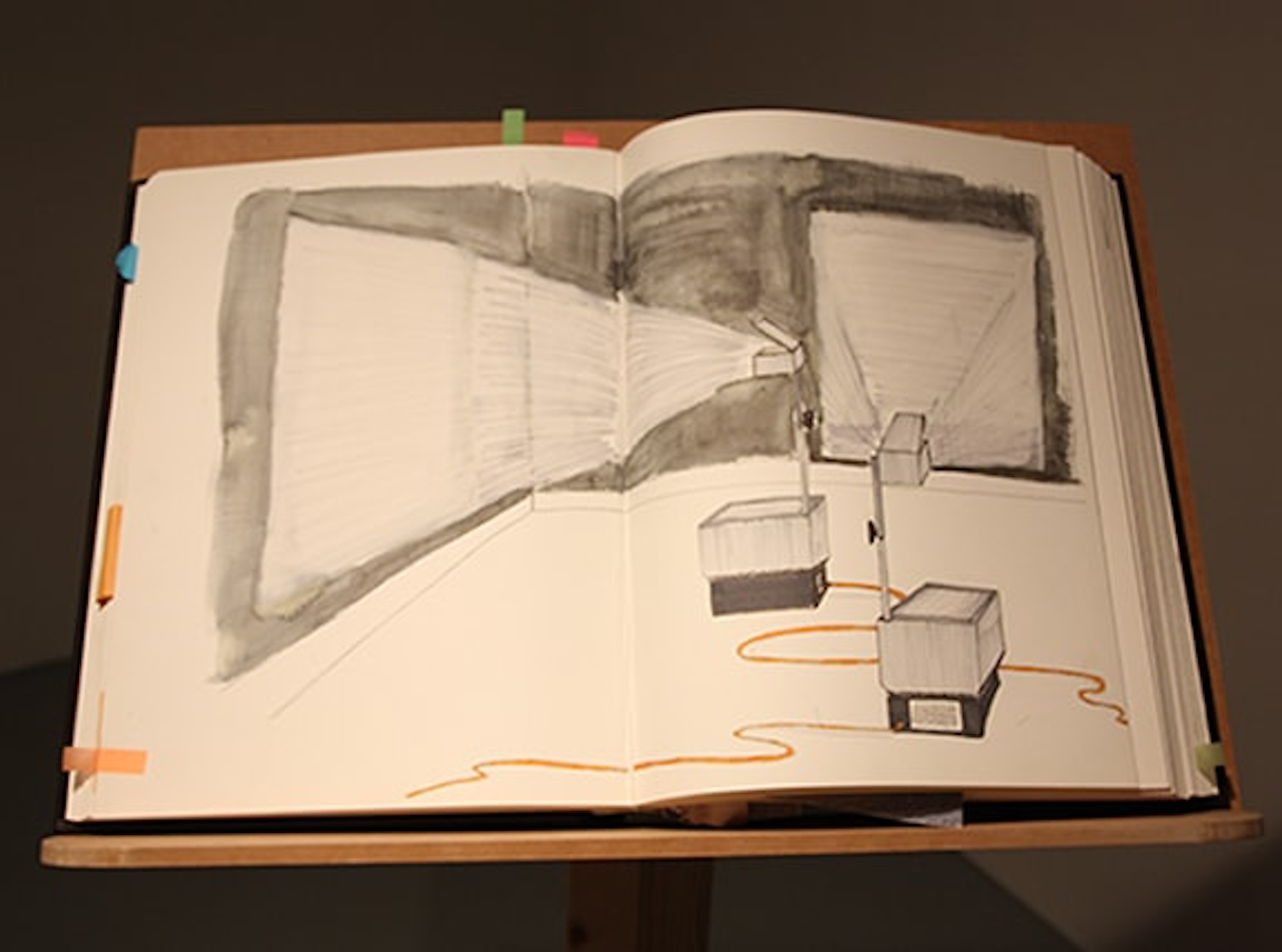 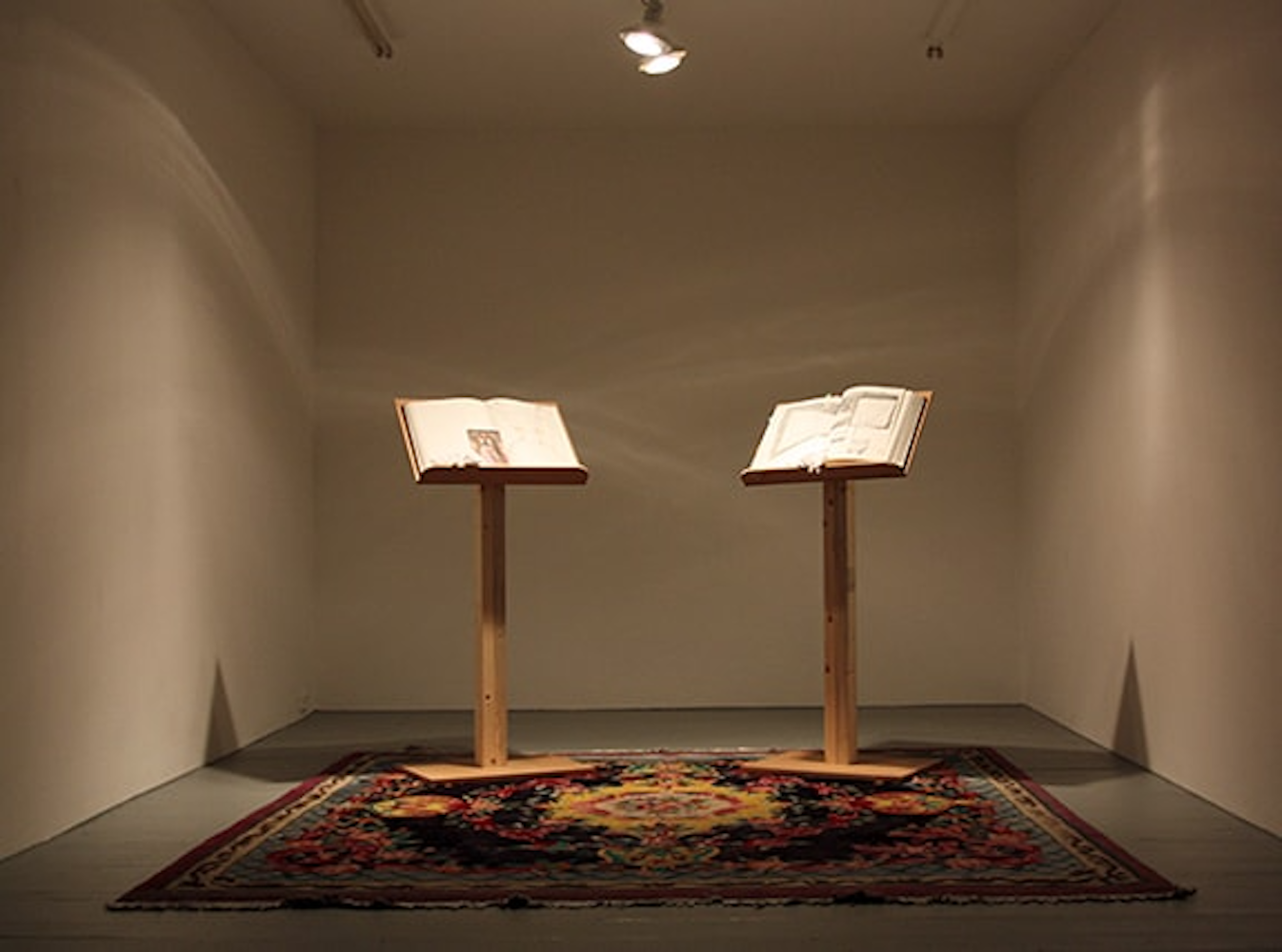