Feedback Projected (Proposals Towards an Exhibition)

Gertrude Contemporary is pleased to present a major international exhibition of collaborative and performative works that explore the notion of feedback. Curated by Helen Grogan Feedback Projected (Proposals Towards an Exhibition) presents the practices of six European artists working with sound and installation forms in collaborative and responsive ways. The five-week project adopts the exhibition format as a frame and departure point for a series of installations, performances and discussions that will overlap in time and place at Gertrude Contemporary and at Dear Patti Smith Art Space on Smith St, Fitzroy.

The exhibition adopts the concept of feedback employing live processes to investigate the relationships between the artist, artwork, exhibition context and the viewer. In the simplest sense, Feedback is defined as both the process in which part of the output of a system is returned to its input, and also a response to an inquiry or experiment, and in this exhibition both perspectives will be fully explored.

The concept of  ‘feedback’ will be present in every work in Feedback Projected (Proposals Towards an Exhibition), whether it is technical, physical or communicative. In The Input / Output Routine (a arrangement of microphones, amplifiers, and loudspeakers) by Koen Nutters and Morten J. Olsen, they create an environment of potentiality, whereby a PA system - with amps and microphones - such as that which would be traditionally used by a rock band is set up in the gallery space and yet remains void of players. The absence of anticipated performers leaves the visually iconic amplification system as the sole protagonist, generating a feedback system that absorbs the sounds of the gallery and articulates the presence of the gallery’s visitors.

This investigation of the broader implications of feedback will extend out beyond the traditional exhibition format with artists talks and an active facilitation of dialogue between the artists and Gertrude’s audiences. The exhibition will also encompass a series of performances and off-site events by leading European artists such as MoHa!, allowing for a comprehensive exploration of all facets of the idea of feedback.

To date the exhibition has framed a revolving series of projects inlcuding The Input / Output Routine, consisting of an arrangement of microphones, amplifiers, and loudspeakers by Koen Nutters and Morten J. Olsen(29 April-4 May,) Fields, a new piece by Morten J. Olsen and Koen Nutters featuring local musicians Samuel Dunscombe and James Rushford, which was performed on 4 May as well as an off-site performance by MoHa! at Dear Patti Smith Contemporary Art Space, Fitzroy on 29 April, 2011

CURRENT AND UPCOMING WORKS AND DISCUSSION:

Currently installed at Gertrude Contemporary, is André Avelãs (PT/NL) Earphones, a live installation work in which five hundred sets of earphones are rigged to create a field of sound across the floor of the gallery, generated through the feedback between earphones that have been configured as speakers and as microphones. As part of a five-week working period in Melbourne, Avelãs has developed a new project-responsive work, presented simultaneously in the gallery space with earphones for an overlapping period prior to the de-installation of earphones. This work functions as a system of translation where by the existing power sockets in the gallery walls are directly connected to speakers amplifying the frequency from the buildings power mains (50 hz).  Clusters of electronics and cables are coupled in pairs with oscillators on the same frequency.

PLEASE NOTE THE FORUM ON TUESDAY MAY 31ST HAS BEEN CANCELLED DUE TO UNFORESEEN CIRCUMSTANCES. Apologies for any inconvenience caused by this.

Friday 29 April – 4 May
Input / Output Routine (an arrangement of microphones, amplifiers, and loudspeakers) by Koen Nutters and Morten J. Olsen at Gertrude Contemporary

Wednesday 4 May
9pm: Fields by Koen Nutters and Morten J. Olsen on collaboration with local artists at Gertrude contemporary

Thursday 5 May – Onward
Earphones by André Avelãs at Gertrude Contemporary

Feedback Projected (Proposals Towards an Exhibition) is supported by the Performing Arts Fund NL. It has received support from the Sound Studio, School of Art RMIT University. Special thanks to Tanzplan Essen 2010. 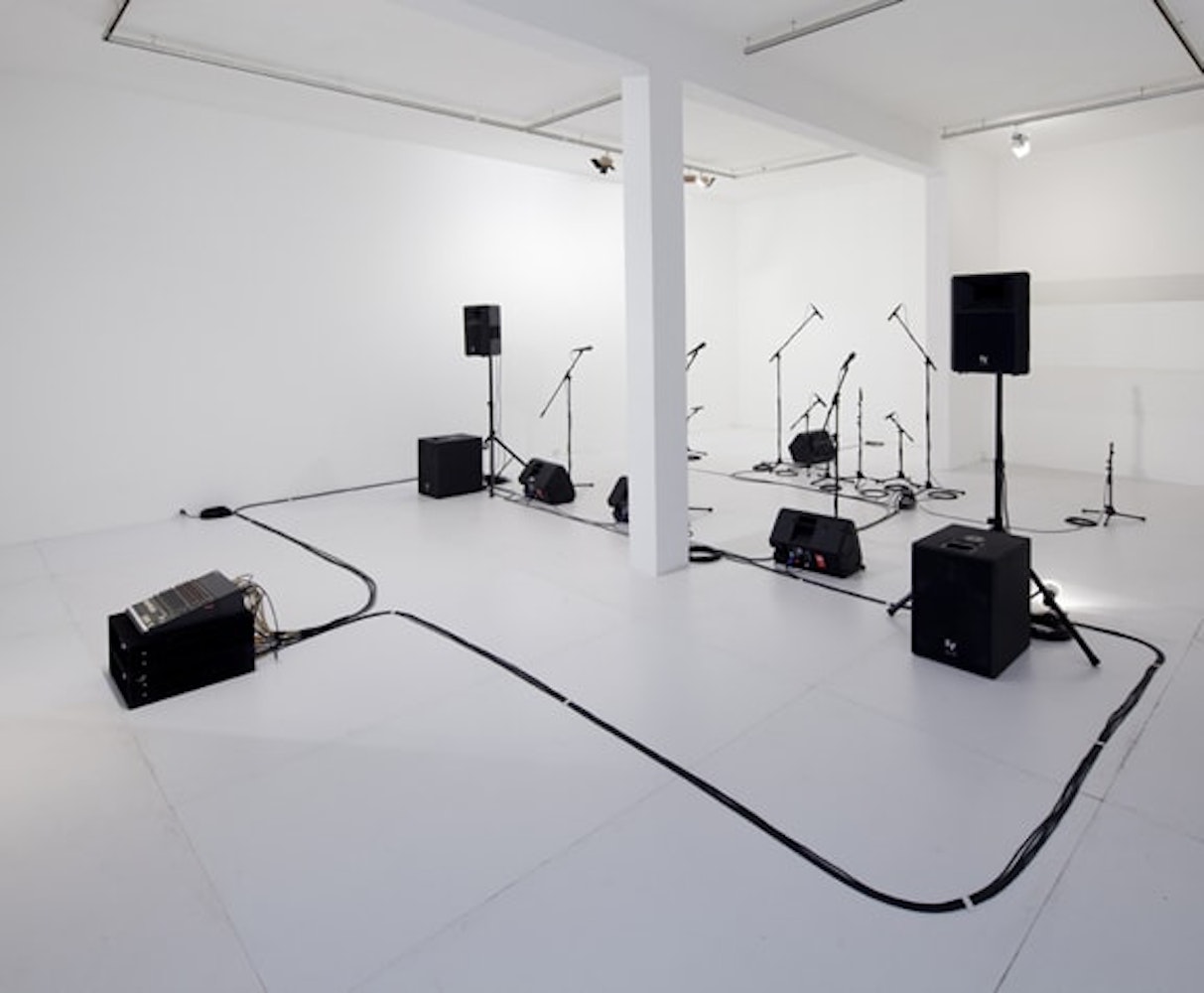 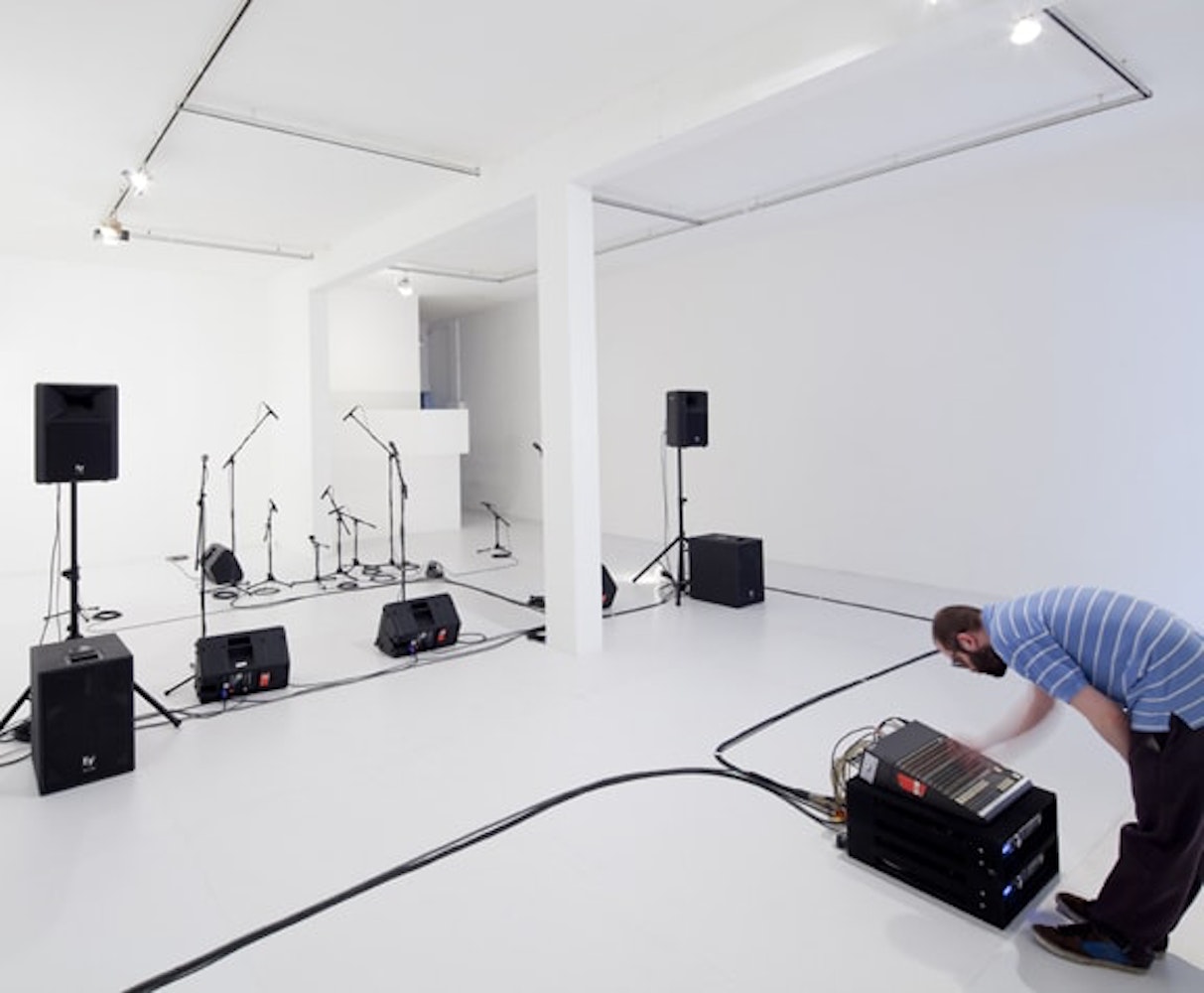 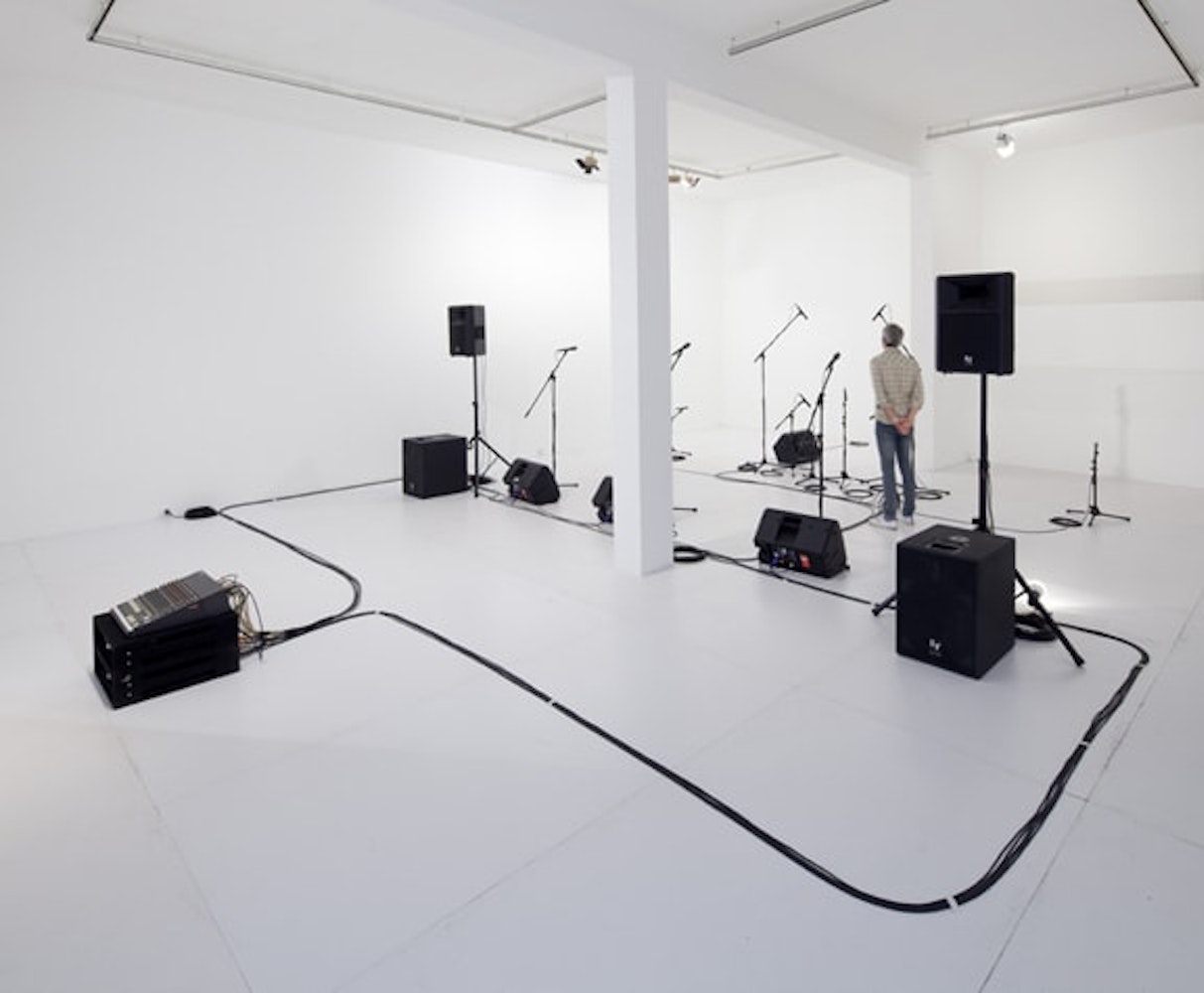 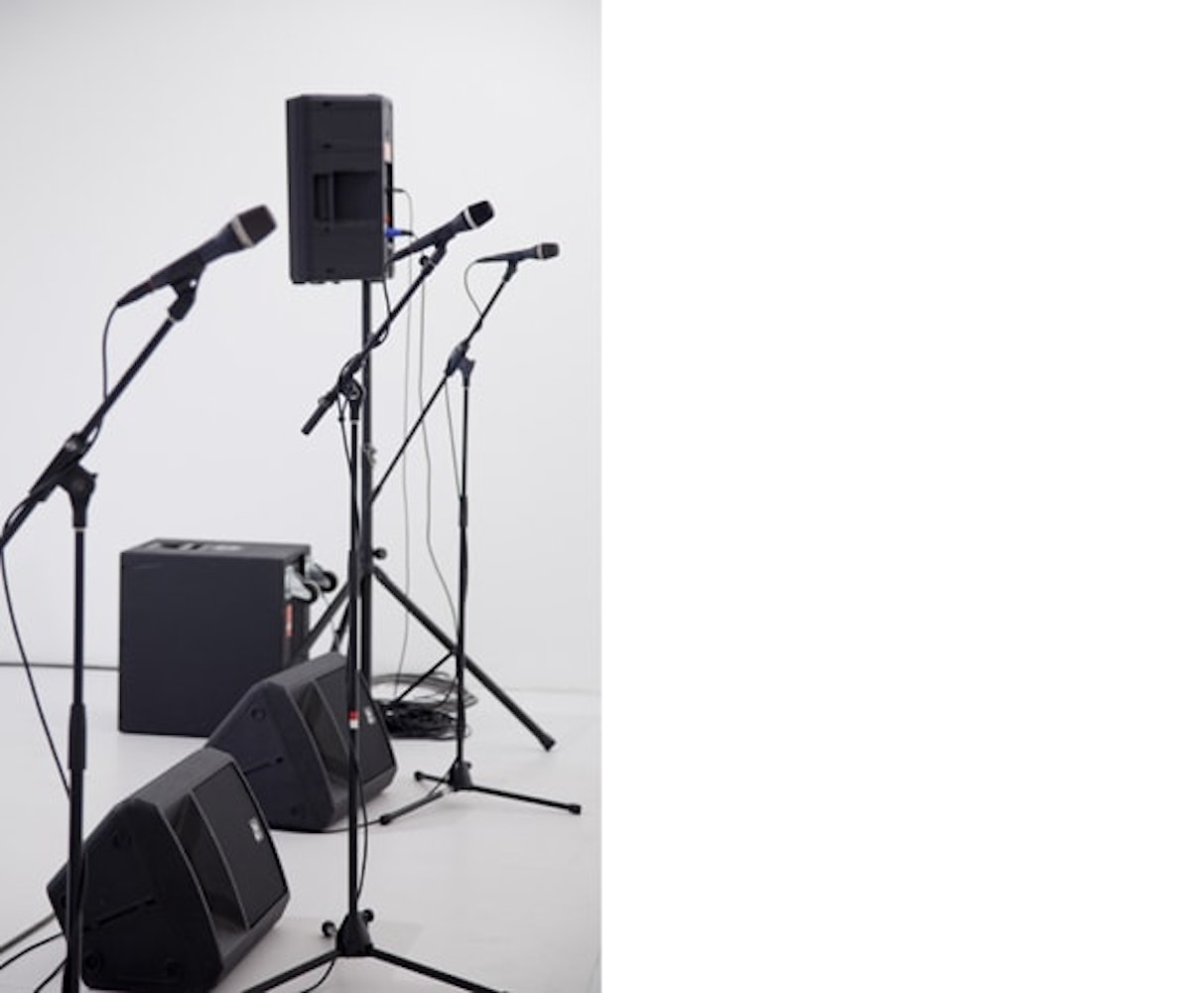 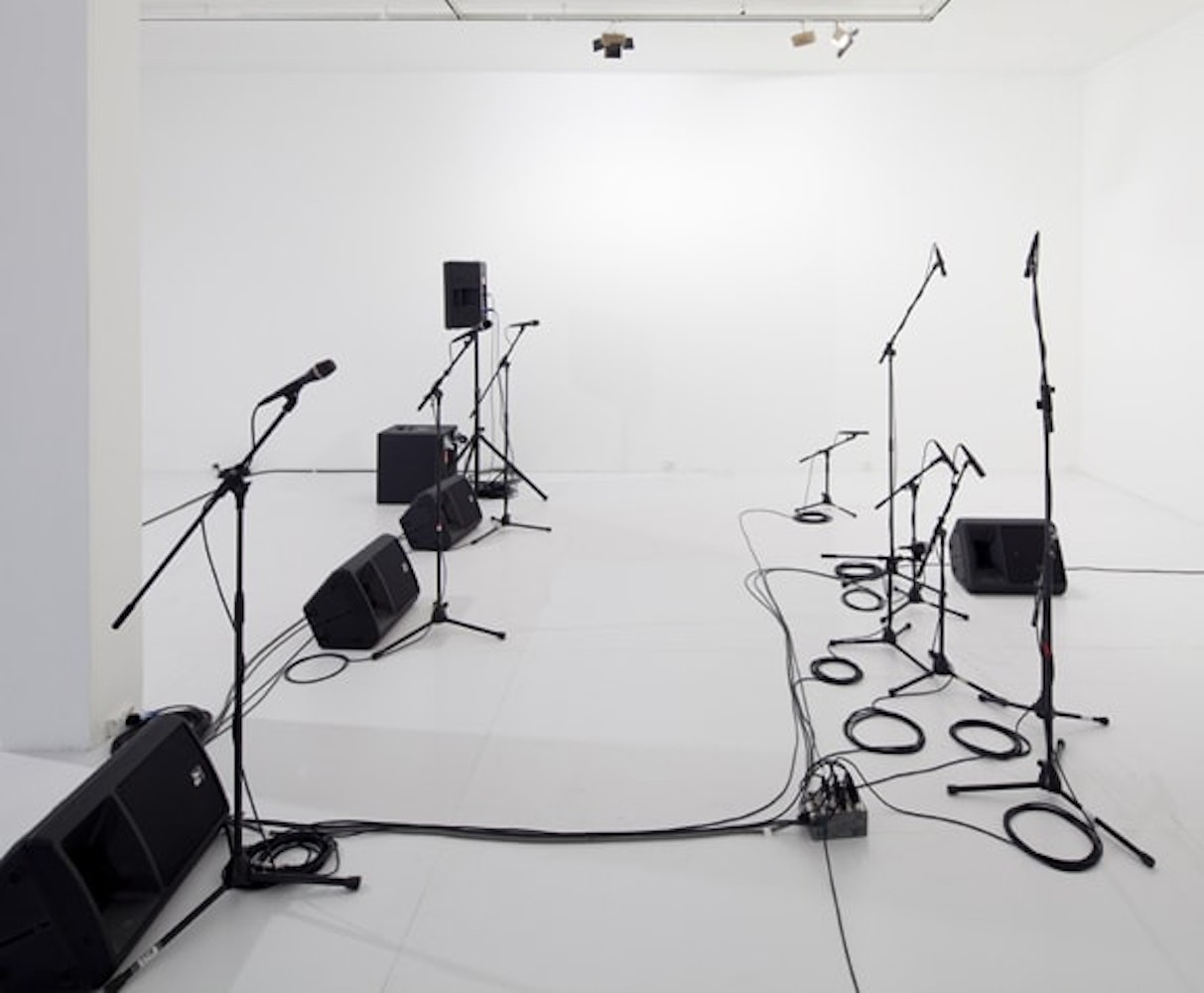 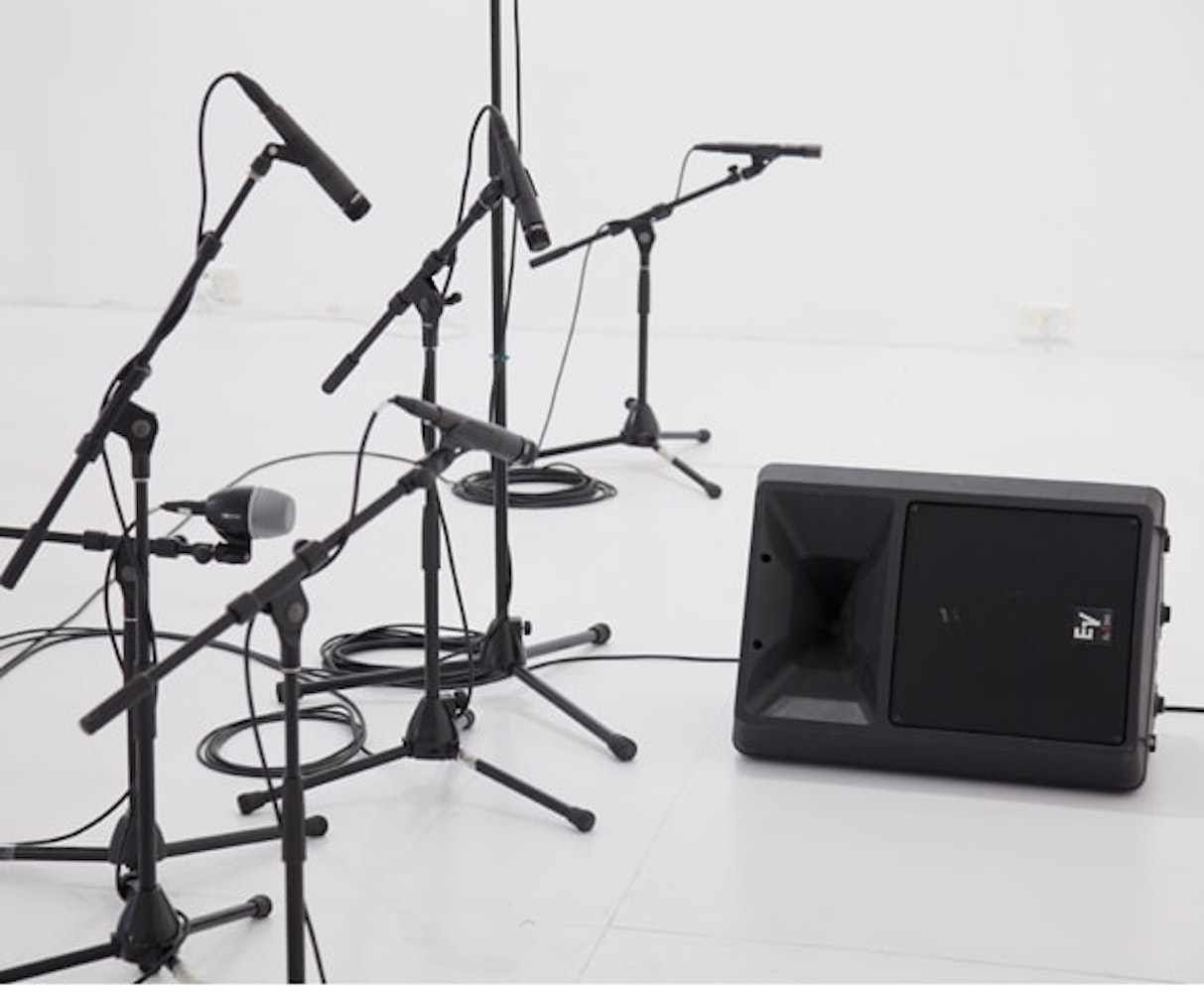 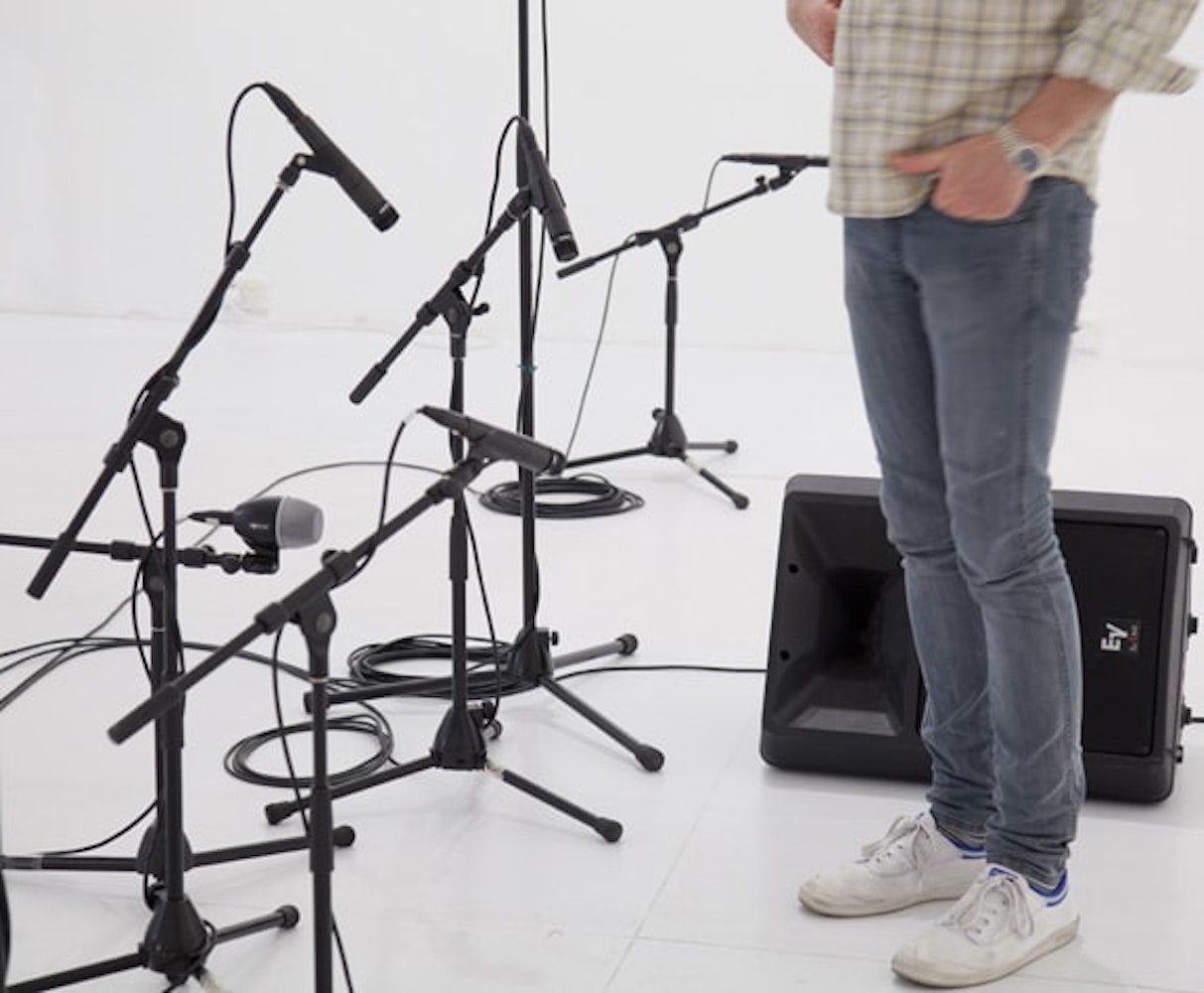 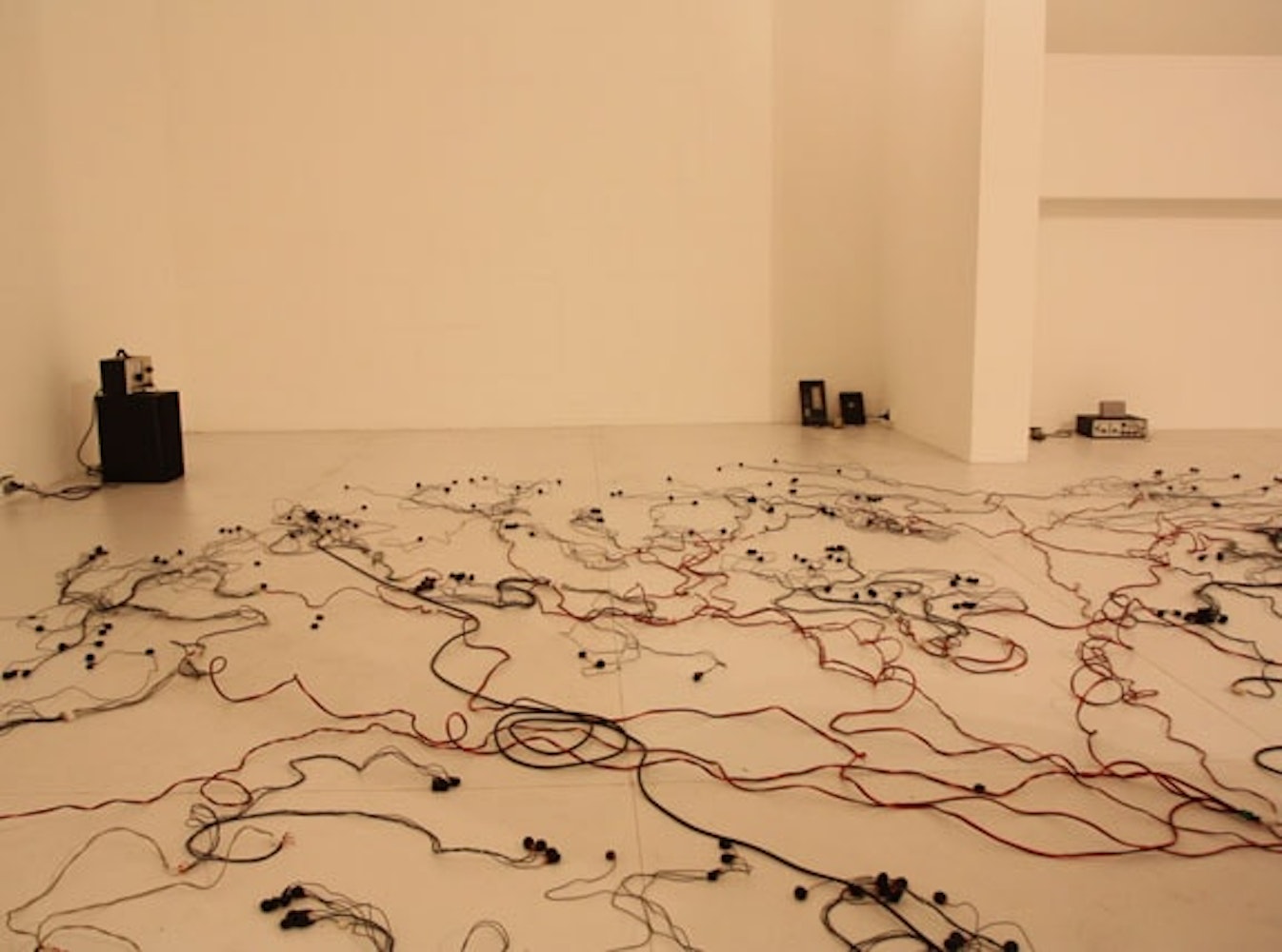 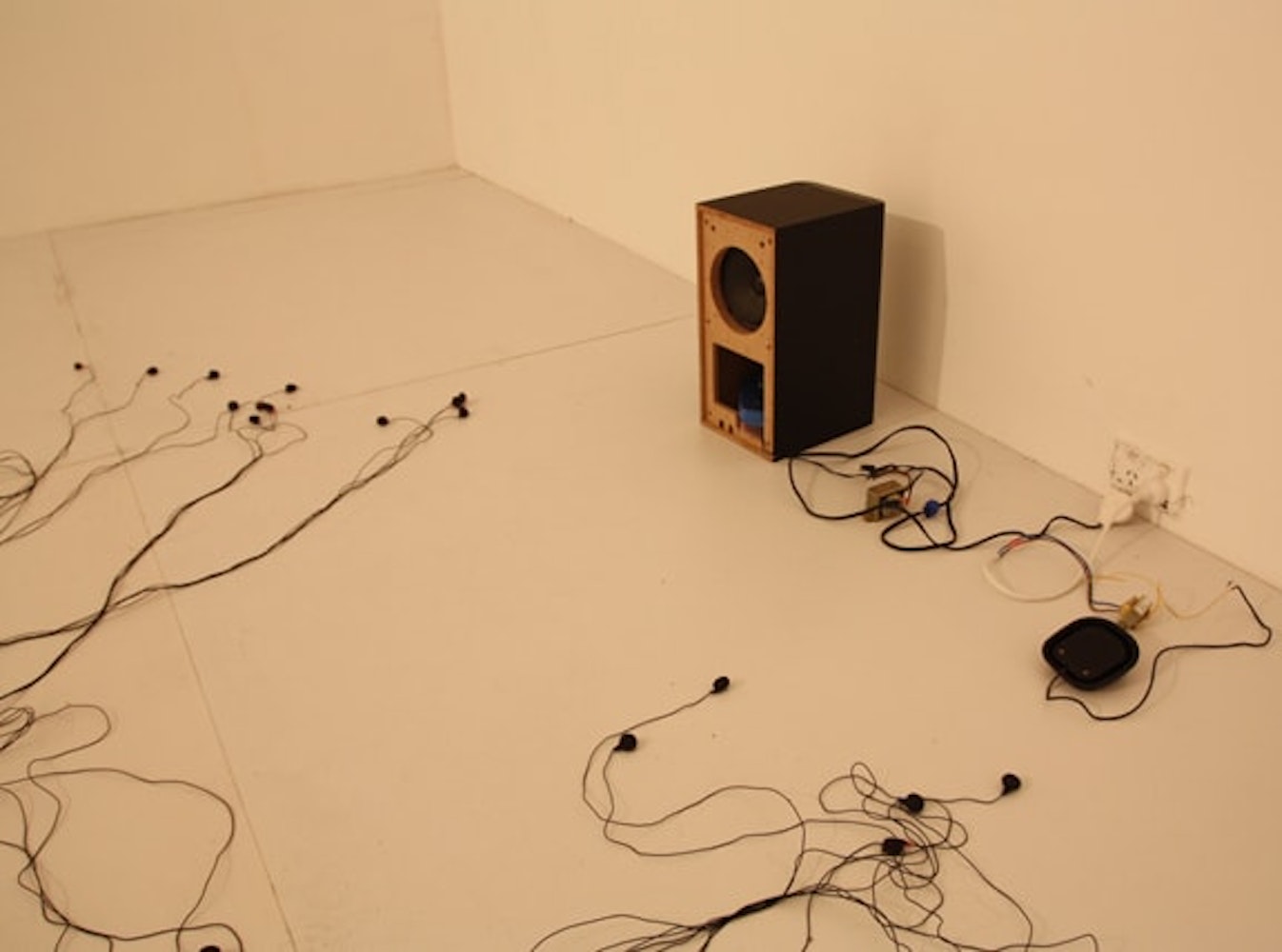 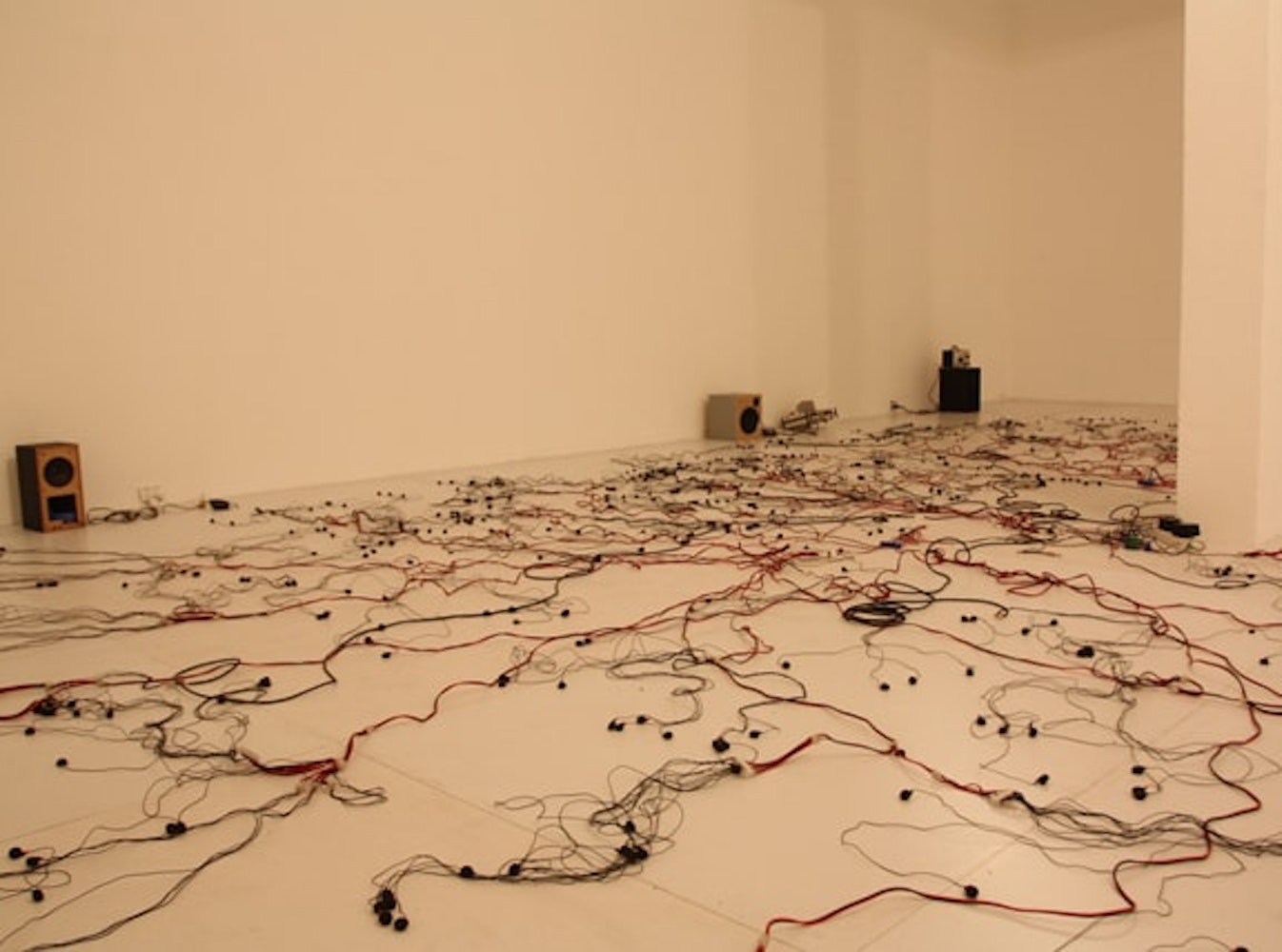 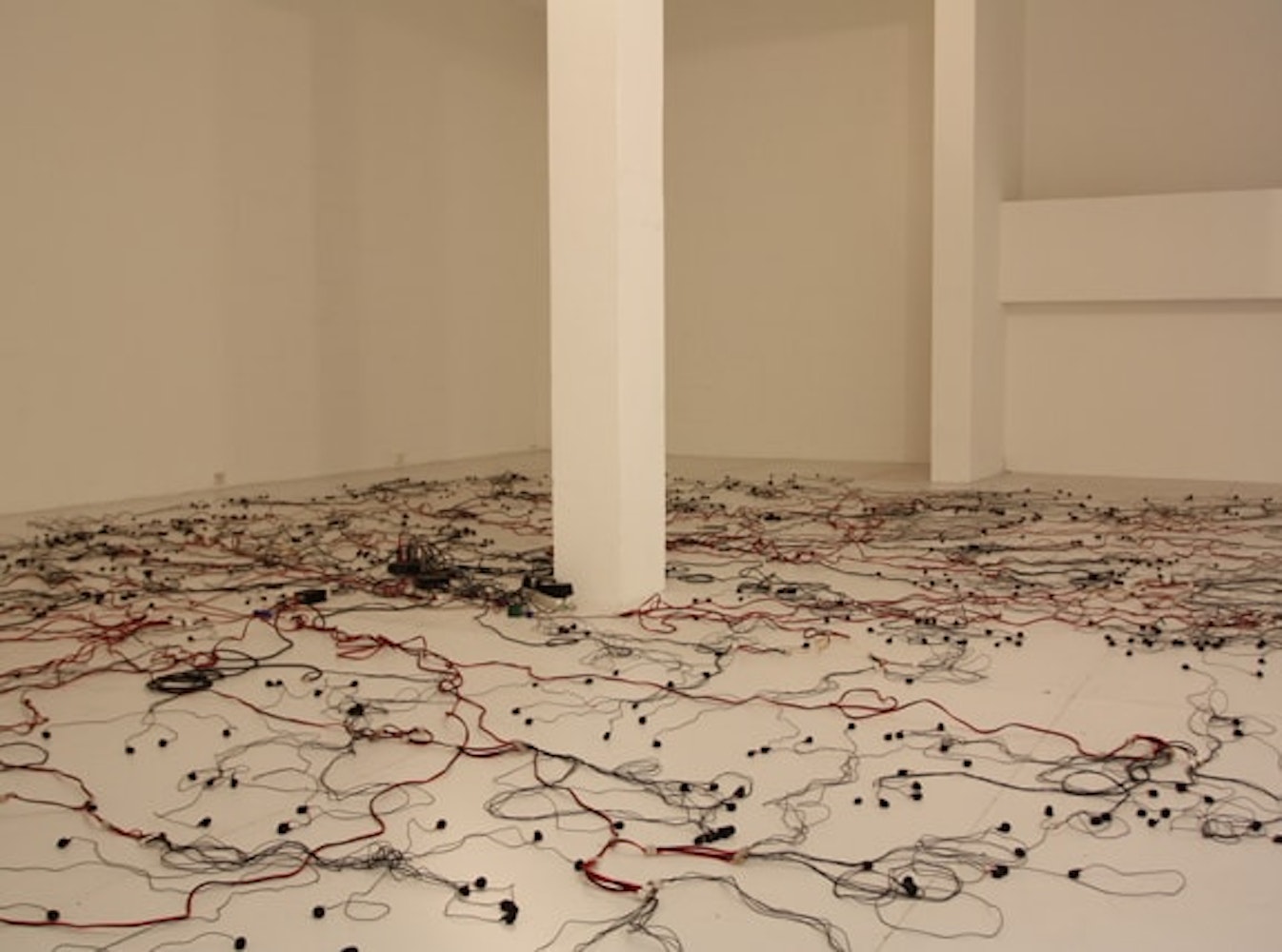 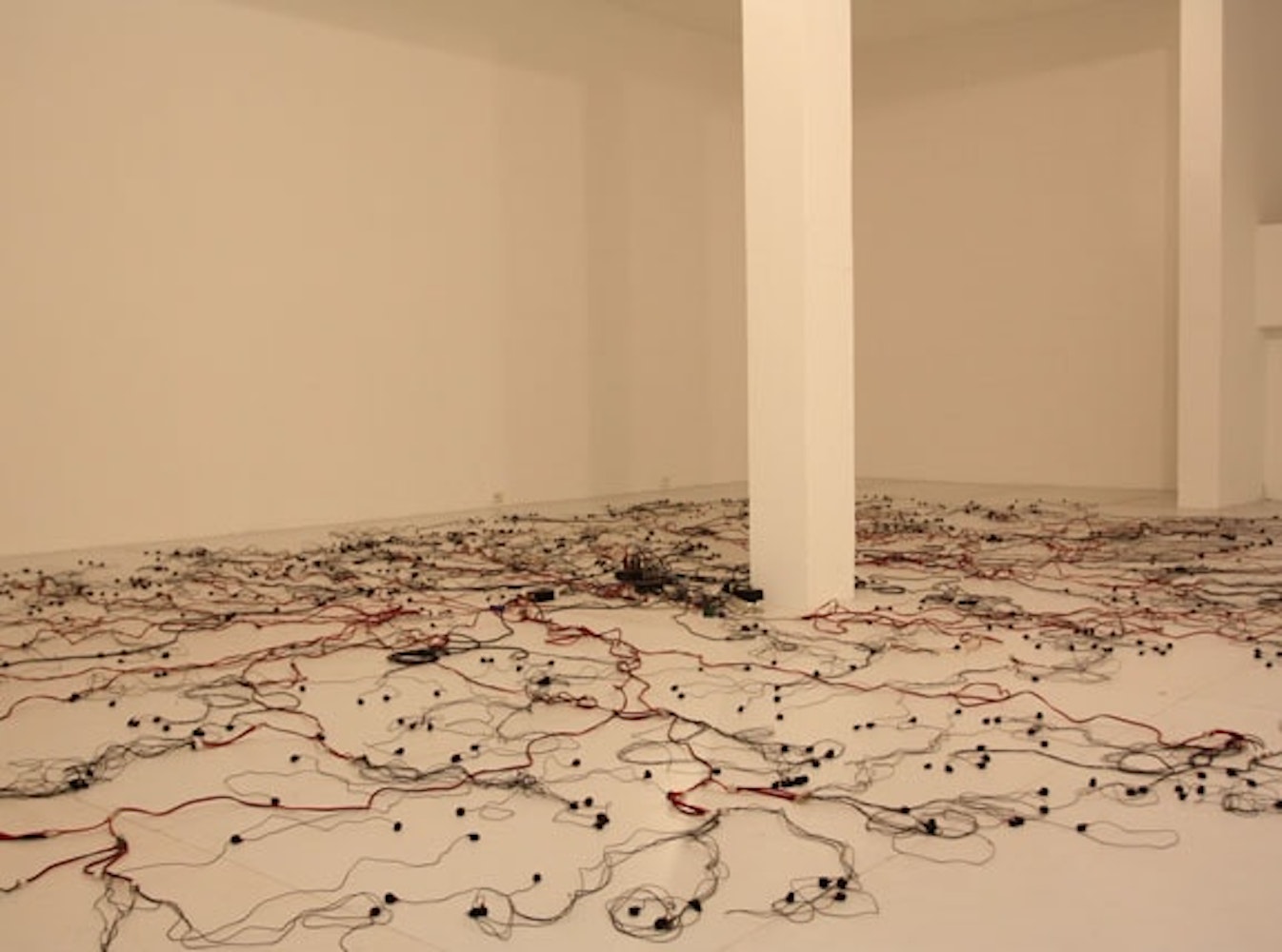 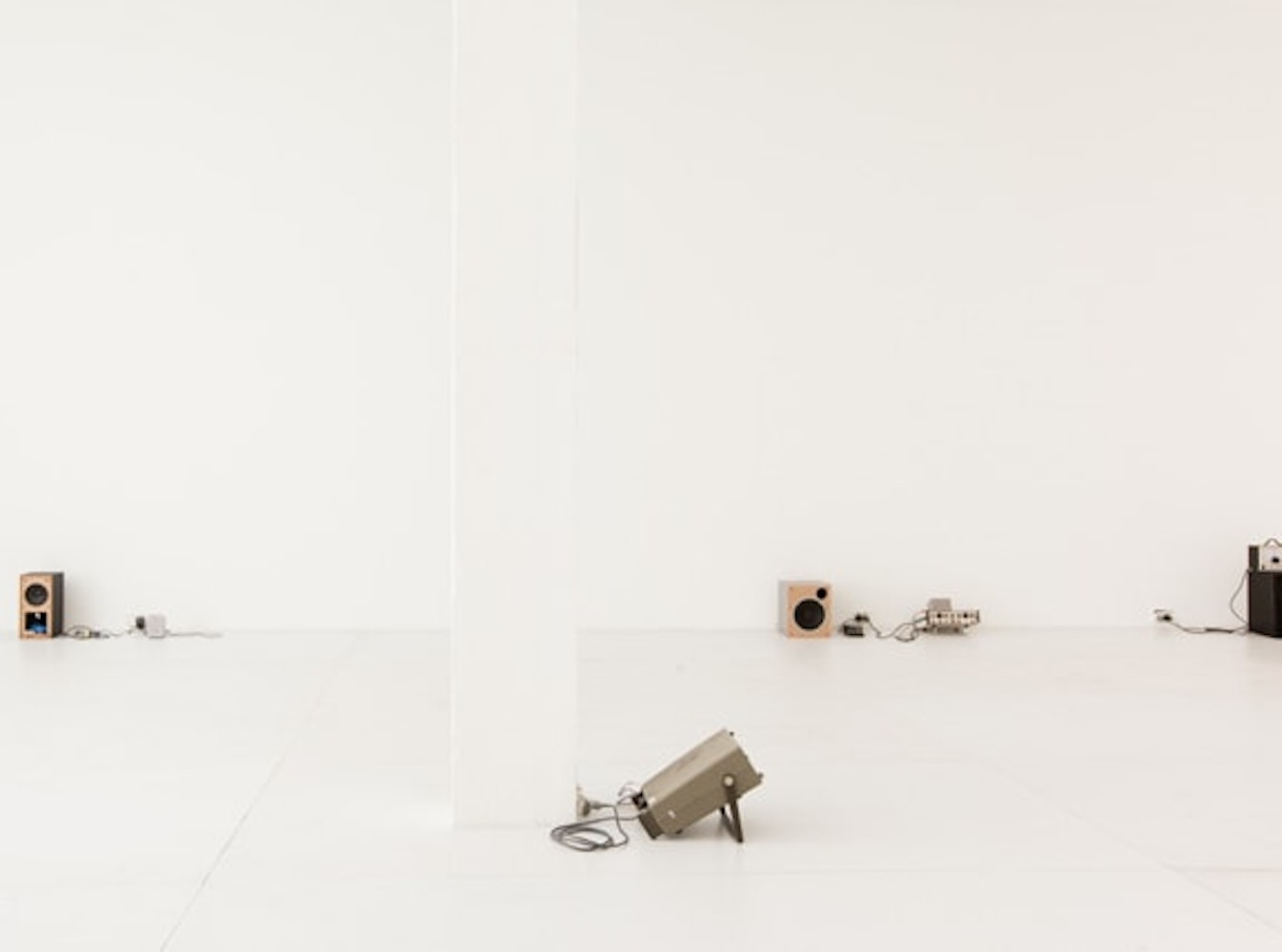 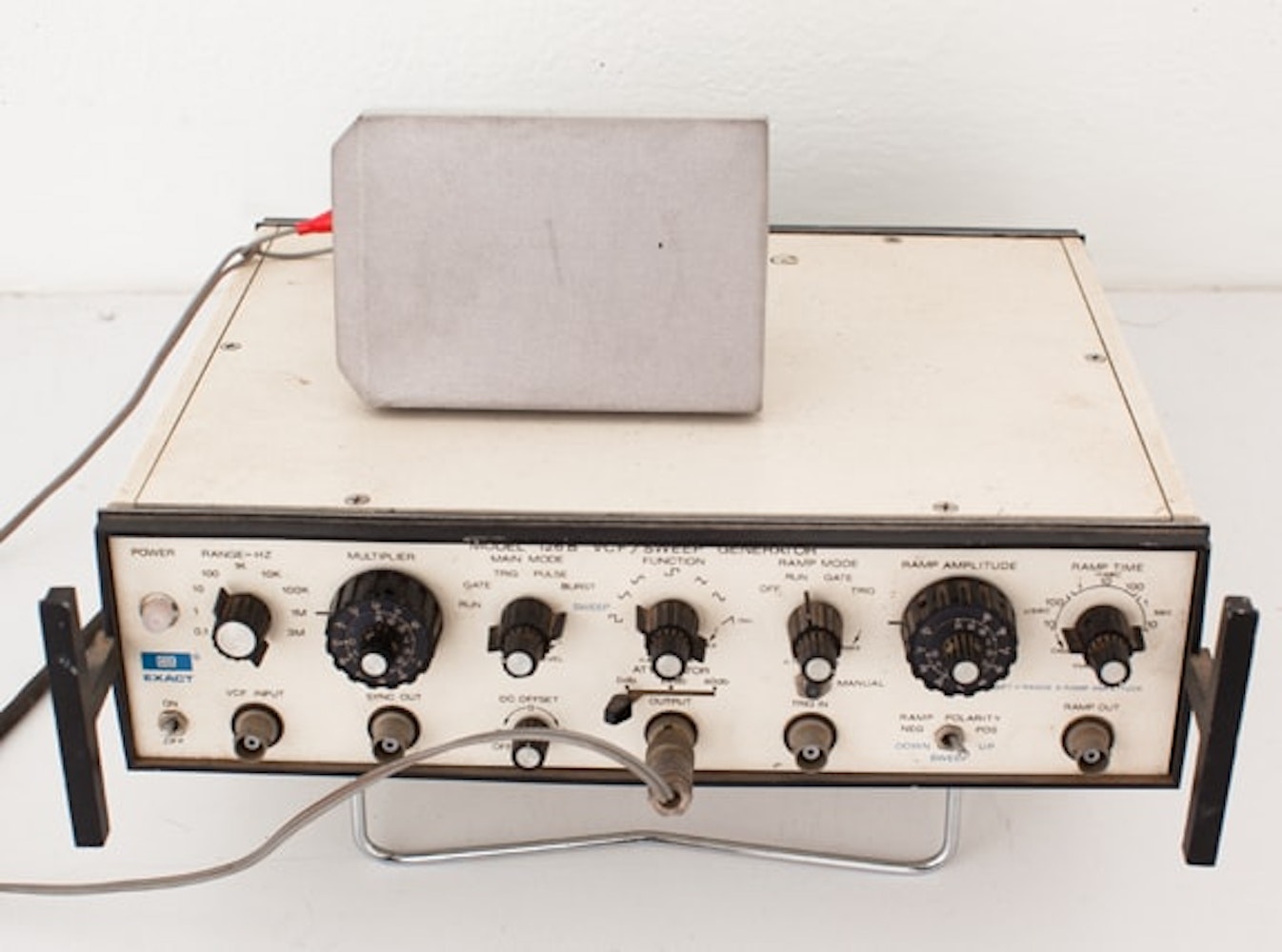 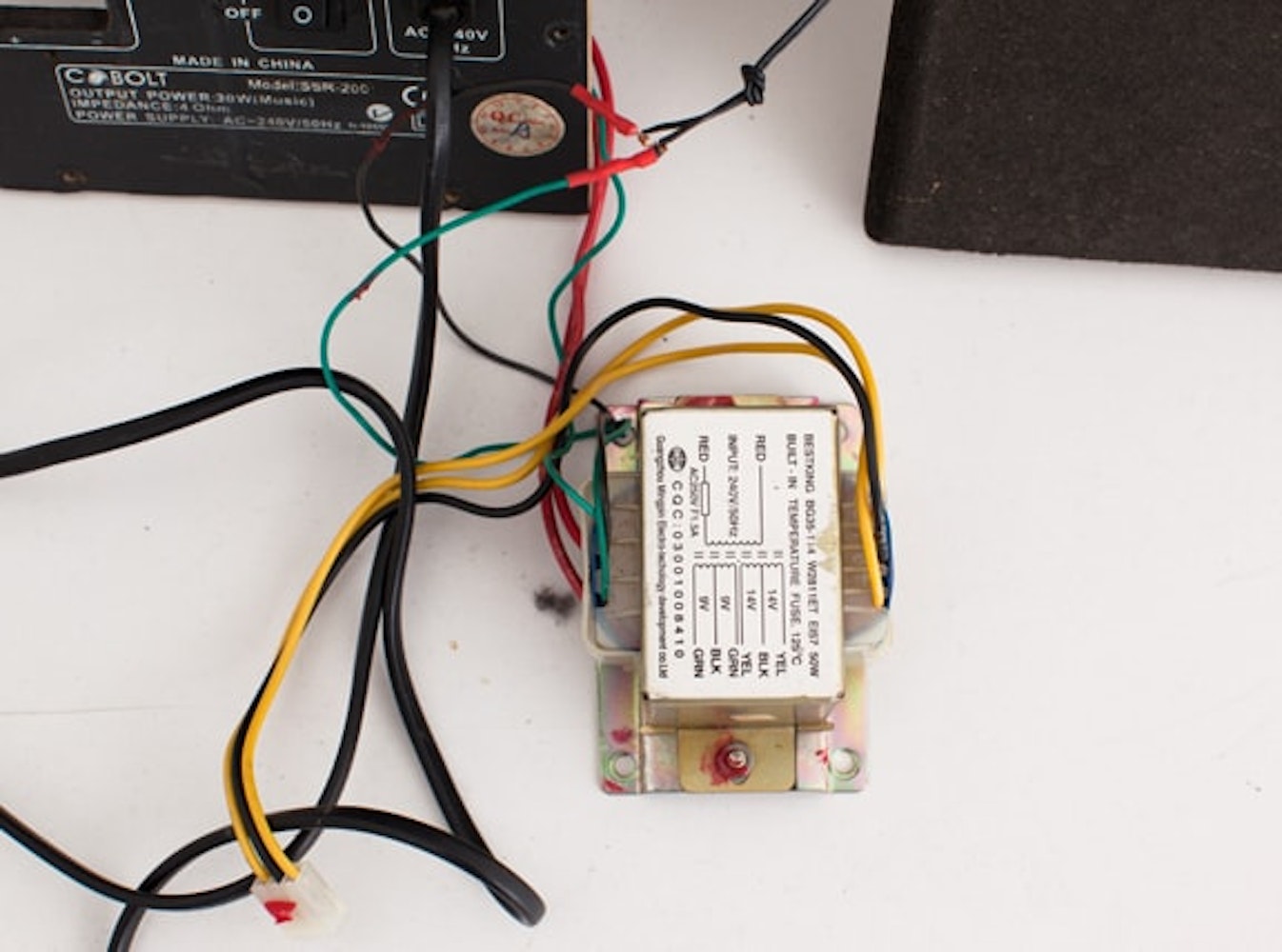 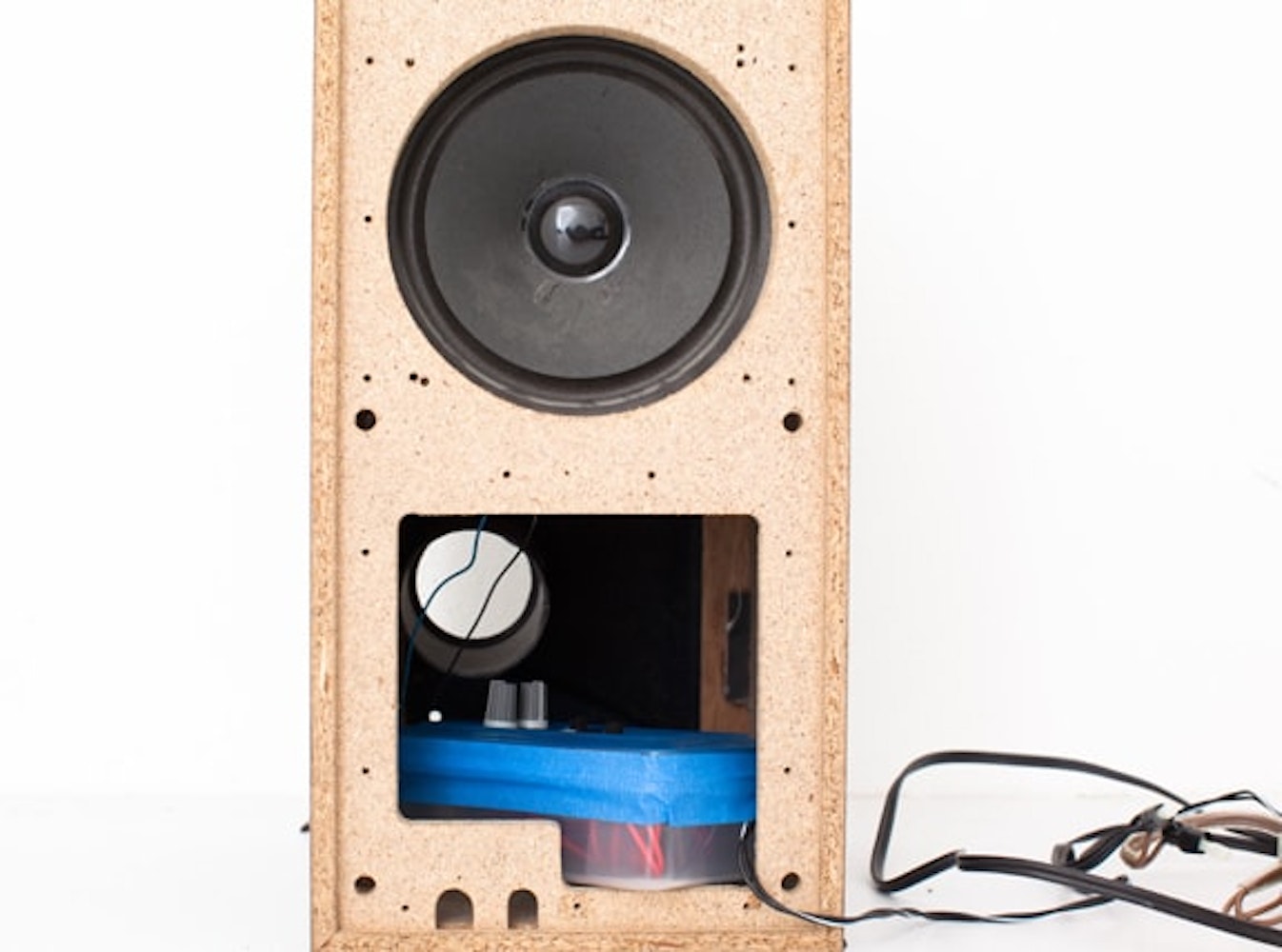 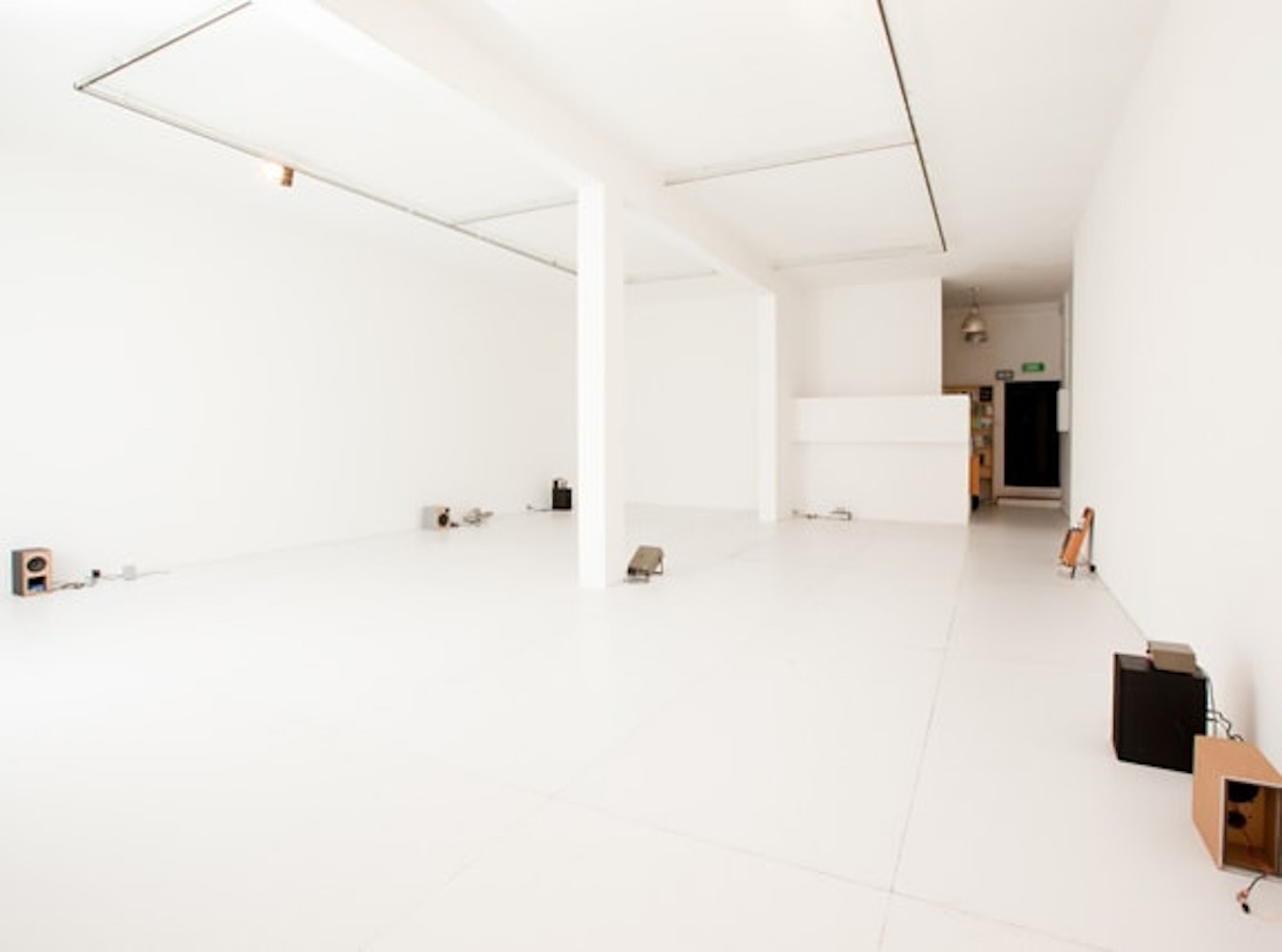