Geoff Newton is the type of artist who feeds off limitations and frustrations in conveying and producing art. It could be easy to get lost in the confusion. He constantly changes tack, technique and medium at what looks like the slightest whim, yet is rigorously considered to the point of excess.

Newton is looking for a hook, a one-liner, a way to pull the viewer in. This is his modus operandi. The underlying premise of Geoff’s work is the machinations of the art world and the artist’s role and identity within society. The intelligence of his endeavours lies within this method. Superficially simplistic, crude and unfashionable, his phrases, fragments of text, and in this instance, visual associations pulled from porn, abstraction and recipe books all allow the viewer to take part in a dialogue on a larger scale. How is the artist’s role understood? Such an uncertain position is troubling, especially for an articulate artist. Newton continuously reconstitutes what he encounters and consistently displays attempts to seemingly convince other’s of his own value as an artist. (1)

This is not new – artists have been questioning their place in society for most of the twentieth century. However judgment is always constrained by historical specificity. As a youth growing up in the 1980s, an increasingly marketed world of mass popular culture emerged leaving an indelible impression on the artist, as qualities of depth were exchanged for consumables. 1980s culture has experienced a renaissance of sorts for some time. ‘Old skool’ trends have leaked their way back into fashion, in-jokes and the media, resulting in a new form of ‘re-mix’ culture that favours ‘the old stuff better than the new stuff’. For Geoff Newton ‘authenticity’ is under question yet again.

Teamed with an embrace of youthful times gone by, a distinctive Pop material aesthetic emerges. Straight up, there is surface. Contrivance, irony and preconception are not always welcome and usually have a short expiry date. However, beyond this exterior, Newton creates subversive actions informed by an internal questioning of self that comes in kitsch, candy-coated coloured, fun packages.

This internal questioning is where a profusion of intrigue, perplexity, dilemma and disorder lie. We can locate this in Geoff’s impatience and exasperation with the carefully researched limitations of paint based upon historical, conceptual and physical ideas. Through ‘Out Of It’, Newton’s Studio 12 propositional project, we enter the mind of Newton: a gravity-obsessed artist who is in a continuous state of self-analysis and is inextricably linked to the moving parts of the art community.

The quandary of choosing the right role for the artist is played out in an unfinished, incomplete chaotic pinball parlour of ideas, chances, mixed directions, pathways and levels of artistic integrity. Entering this environment, the audience, is more or less left to fend for themselves, left to join the dots and pinpoint meaning on behalf of the artist. How does this compare to other investigations? Do we get lost or do we find our way?

The light, saccharine, vibrantly-coloured display offers various paths for an imaginary artist to embark upon. The obvious message carried within this doodle has been translated three-dimensionally in Studio 12 through an immersive mise-en-scène. However, this project carries stronger underlying messages: vulnerability, uncertainty and disquiet masked by comic triviality.

These messages are located in the transfer between media as Newton assembles and re-assembles. References to Alan Kaprow, Picasso and Dada can be associated. Expanding foam, construction-site debris, paint, video and sound intertwine as he elaborates the unfinished business of the exploration of self and the role of the artist.

We are left wondering, is Newton merely perpetuating his own system? And if so, what level of input and control can an artist have over their own presentation and position within this system?

Newton assumes the role of consumer, investigator and instigator, making his stance somewhere in the middle of Neo-old skool and neo-anti-establishment, with a secessionist sentiment that leans on the sentimental.

1 Martin Kippenberger is the artist who championed similar ideas of self-evaluation. Newton draws on many of Kippenberger’s ideas. Colin McCahon has been also aligned with Newton’s work in the past, as both artists appear to code similarly intense personal messages and search for a sense of place and identity through their practice.
2 The phrase appears in the title of the exhibition, Old Skool (never lose that feeling), curated by Robert Cook and Hannah Mathews (Perth Institute of Contemporary Art (PICA), Perth, 6 Dec. 2007 -27 Jan. 2008)
3 A pinball machine is coin-operated arcade game based on chance that has the primary objective to obtain as many points as possible and secondly, maximise the time spent playing, i.e. to stay in the game. 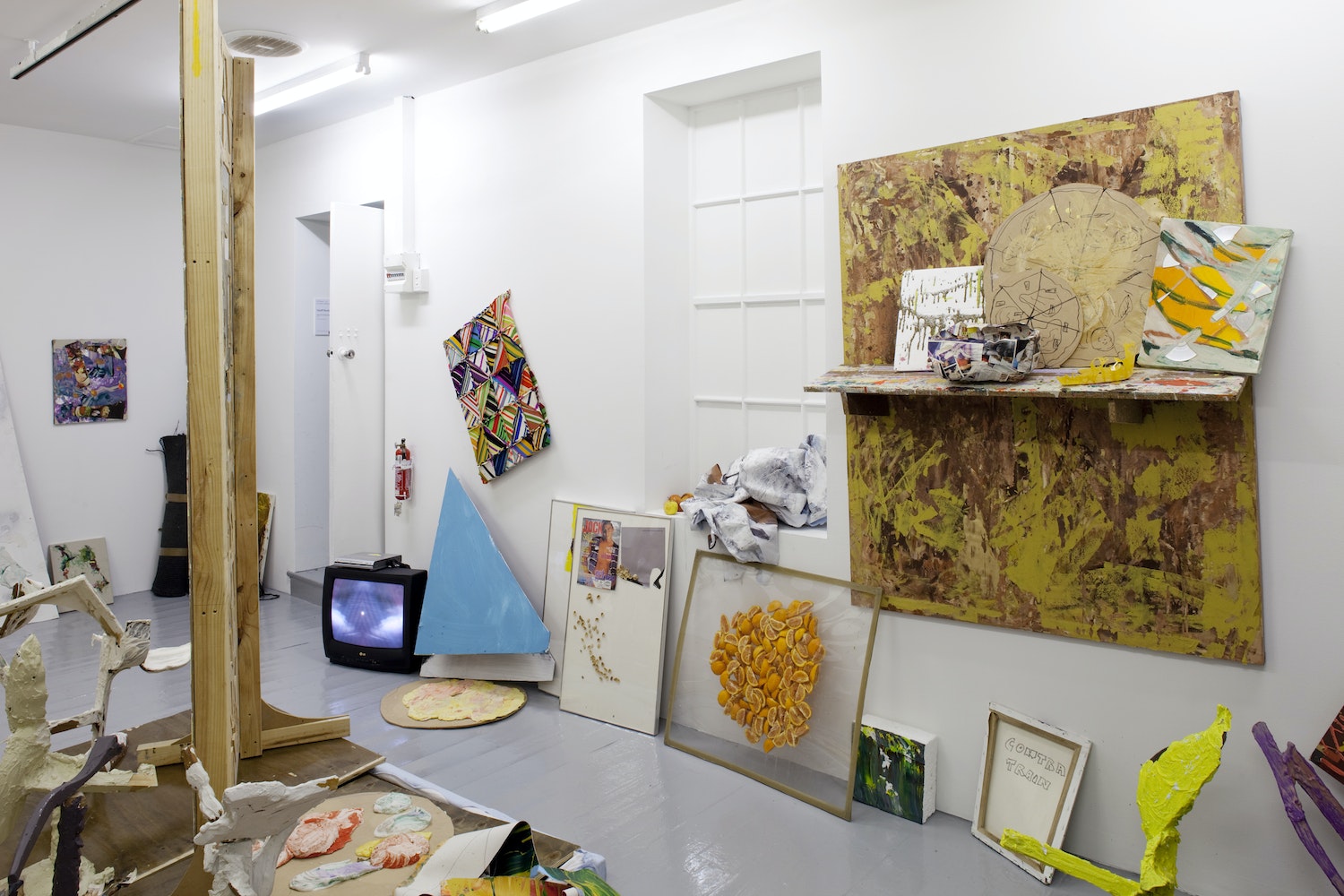 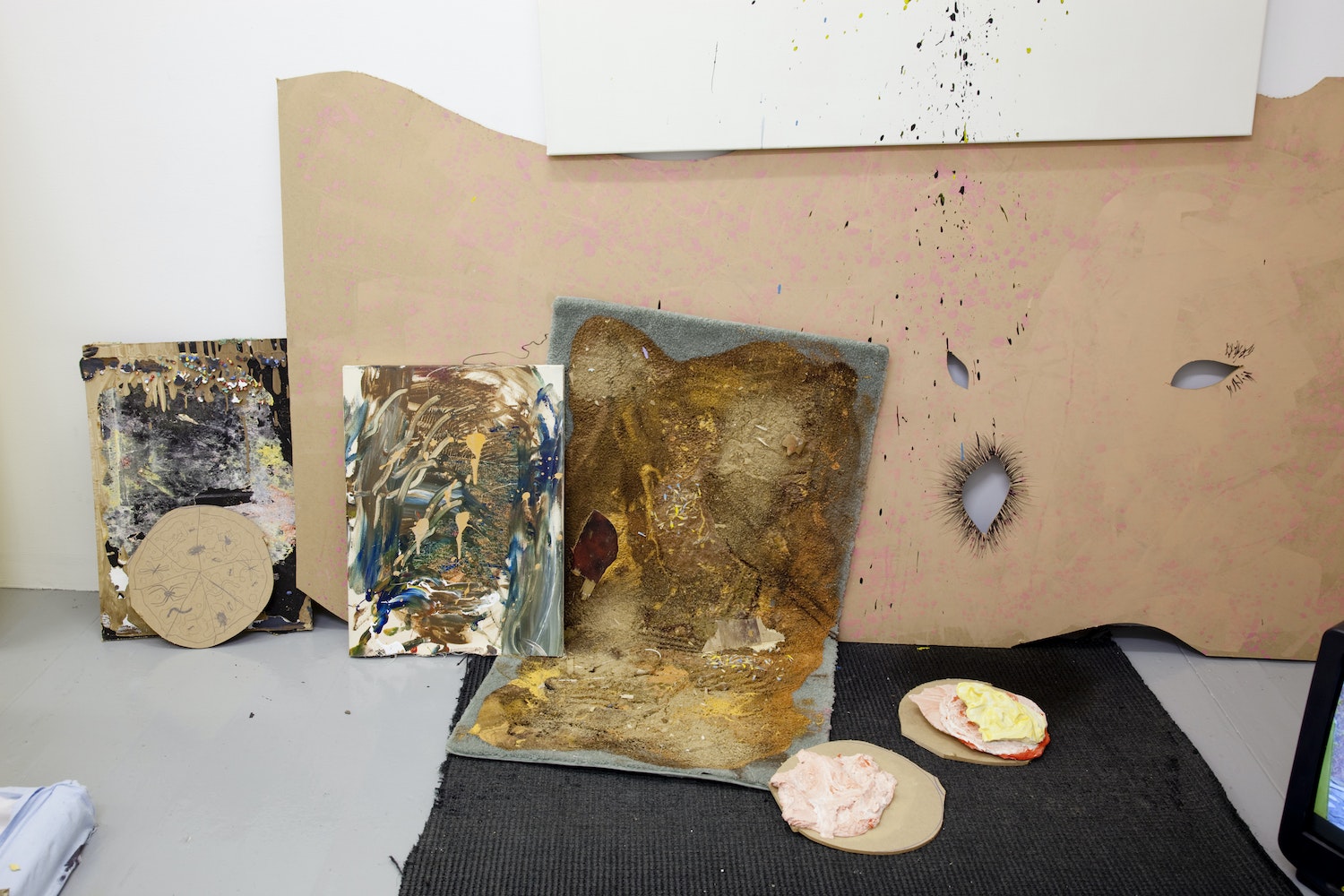 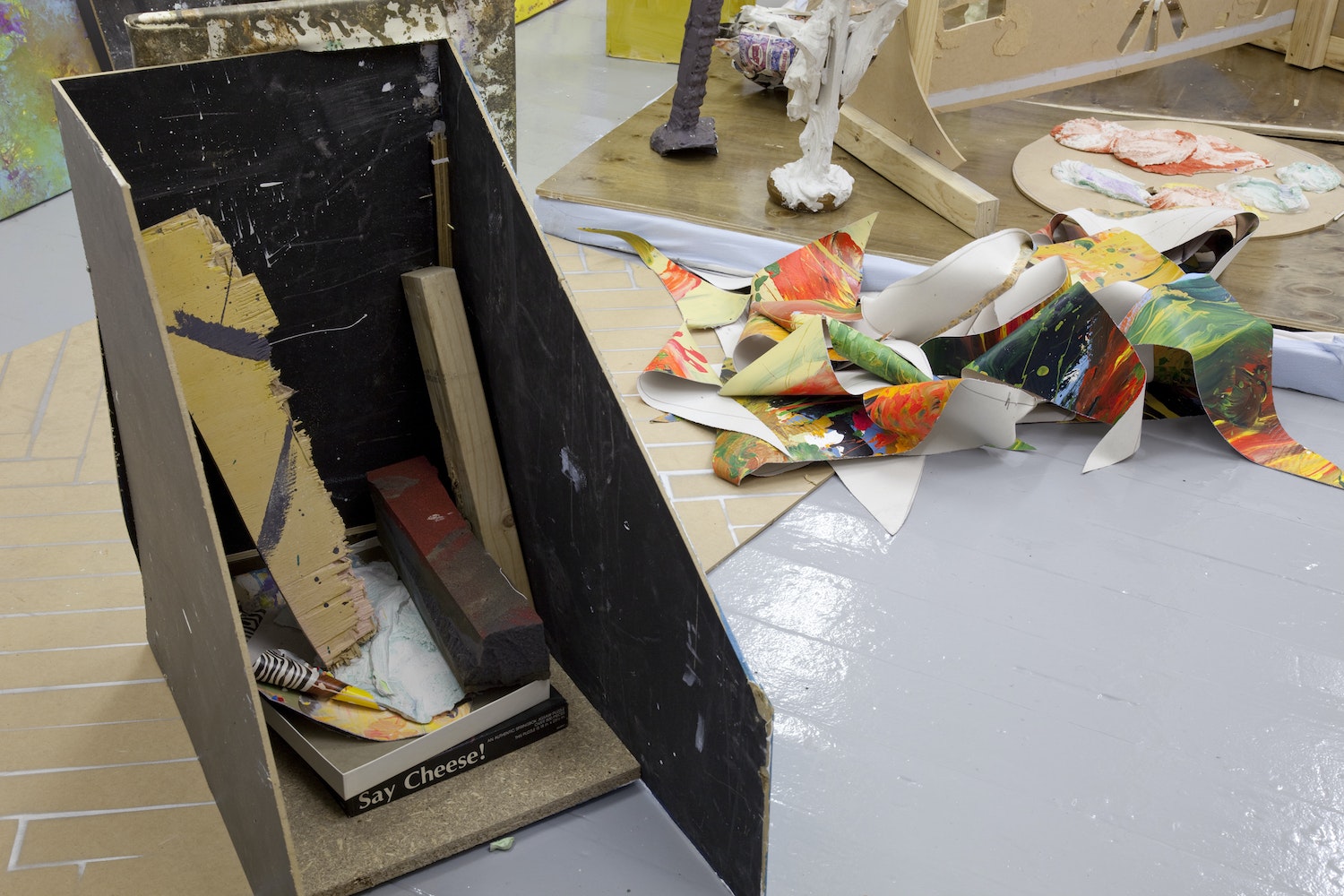 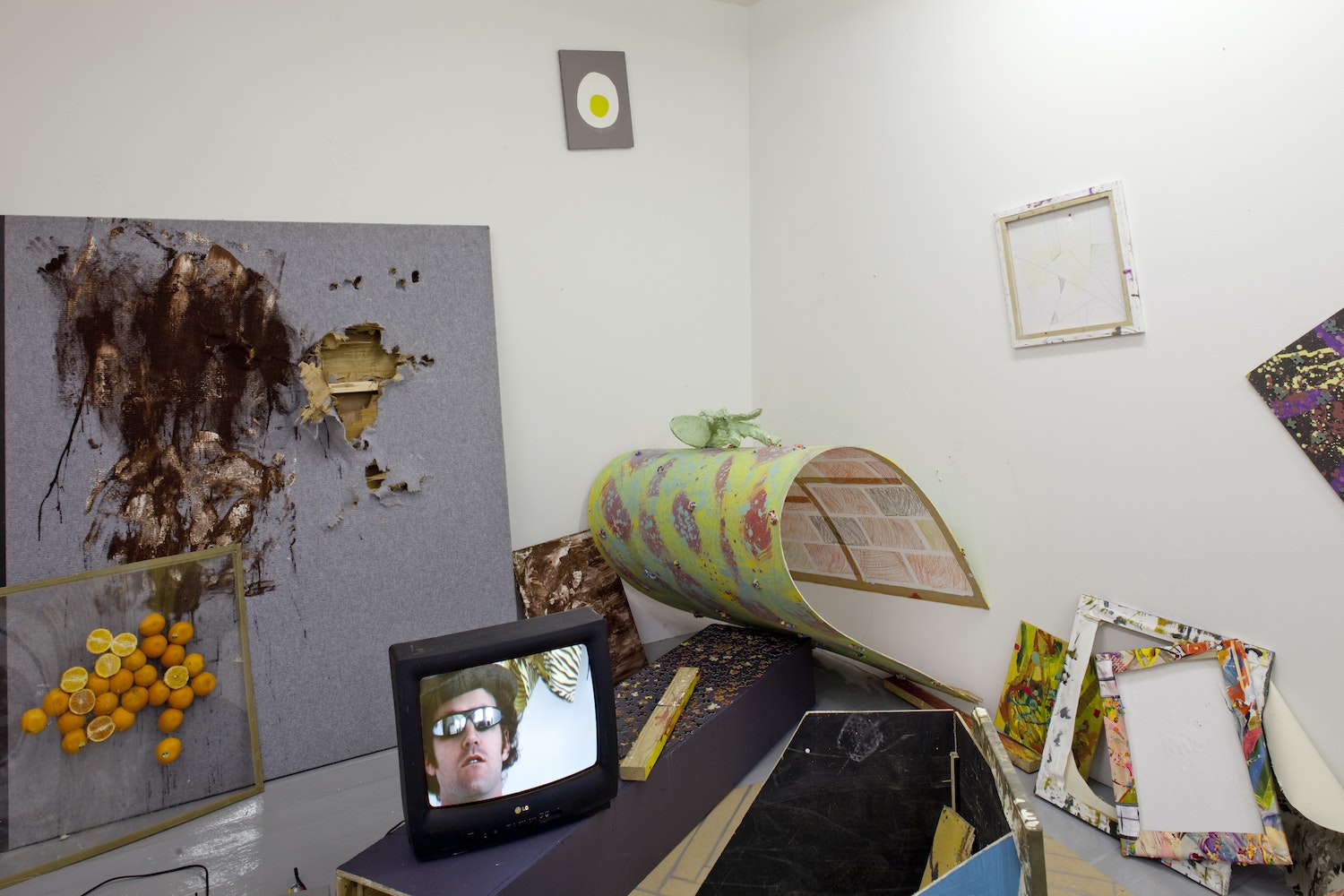 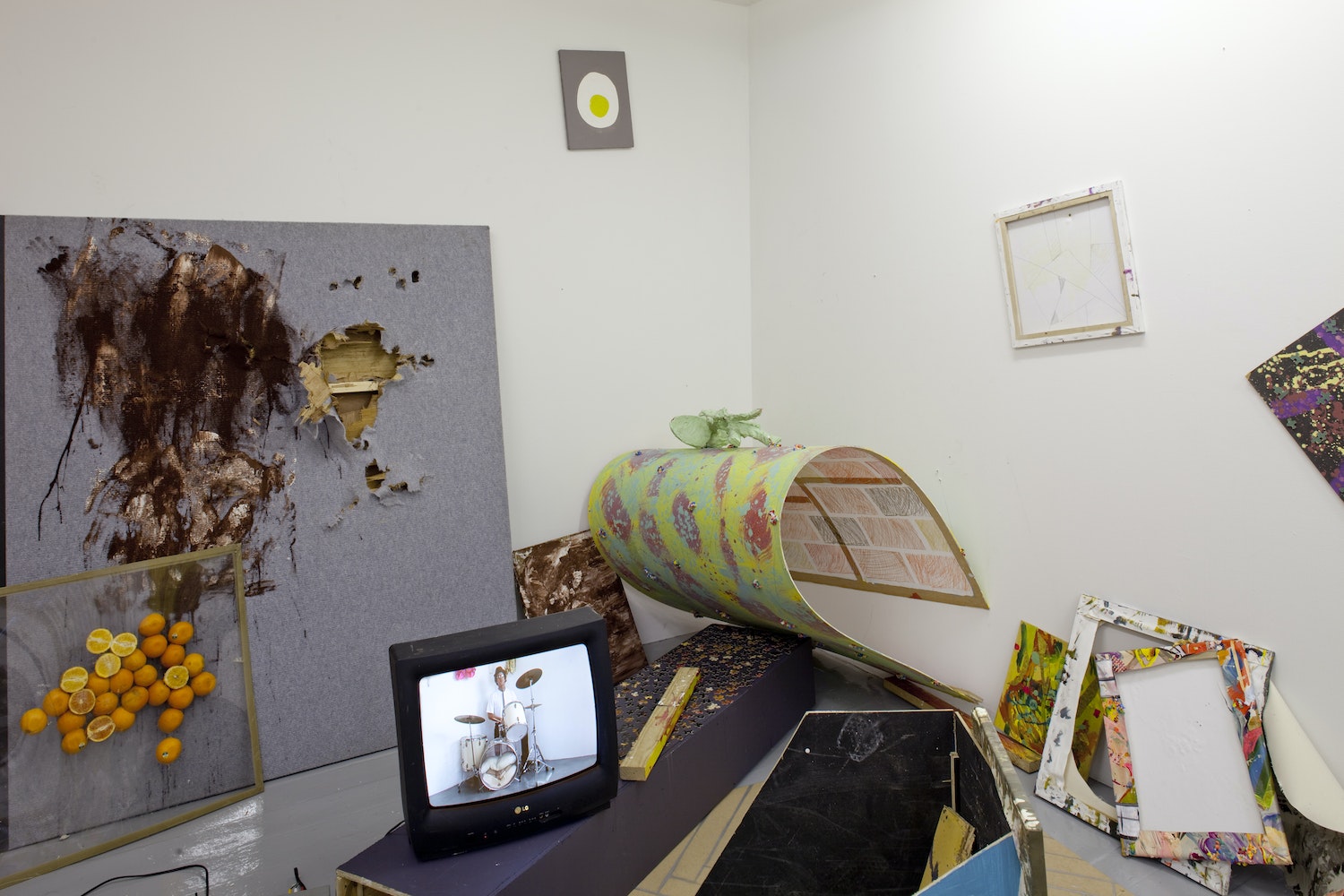 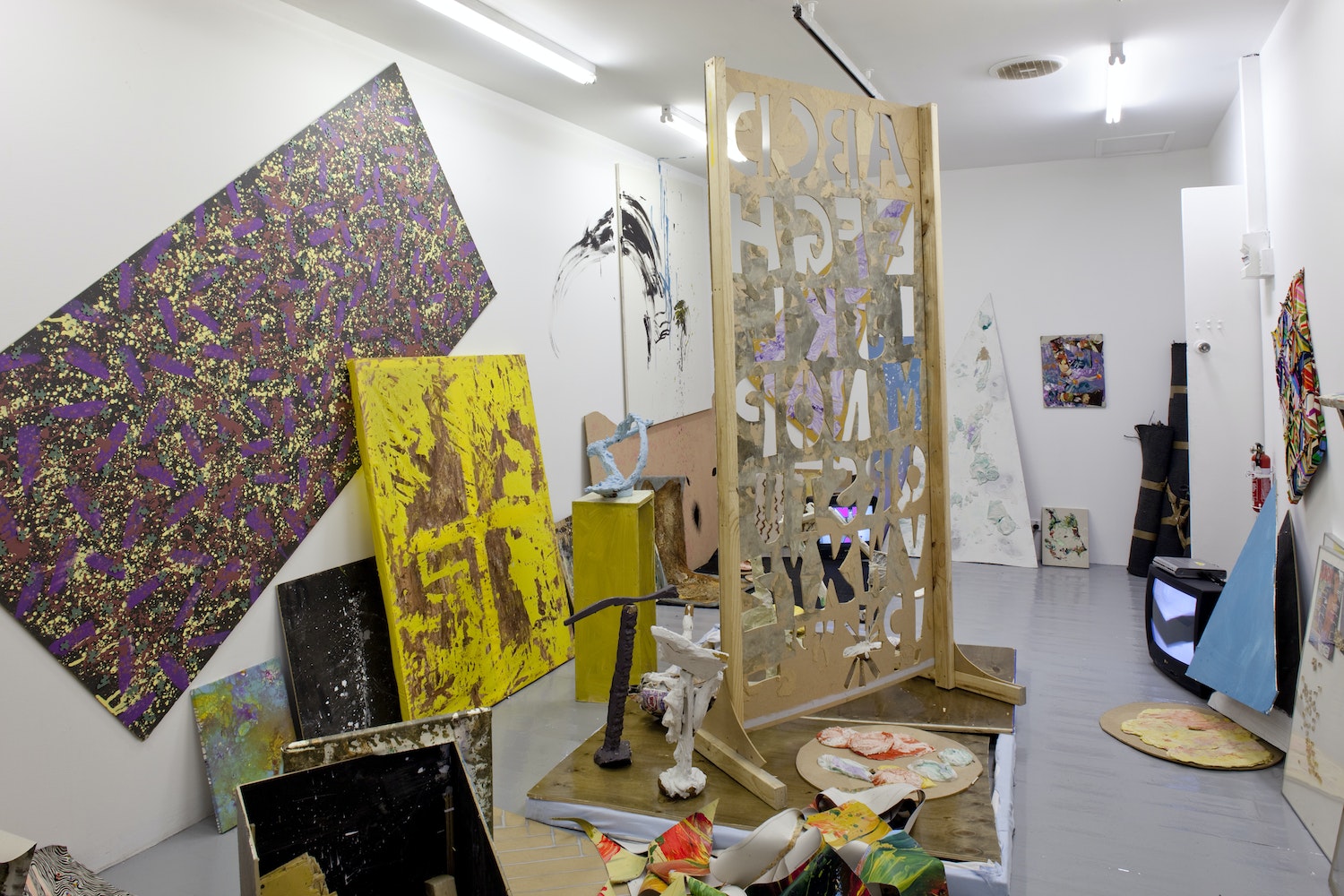 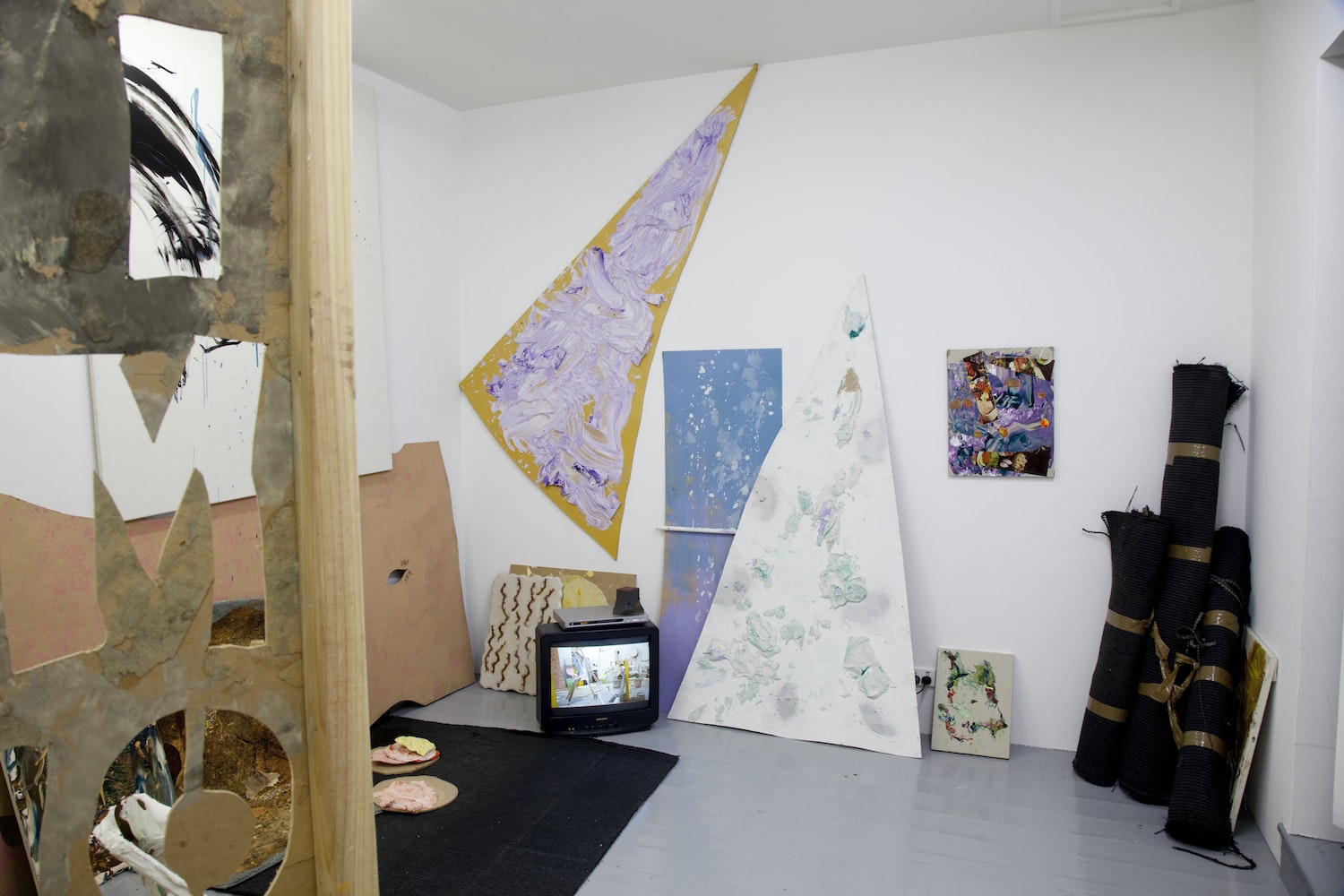 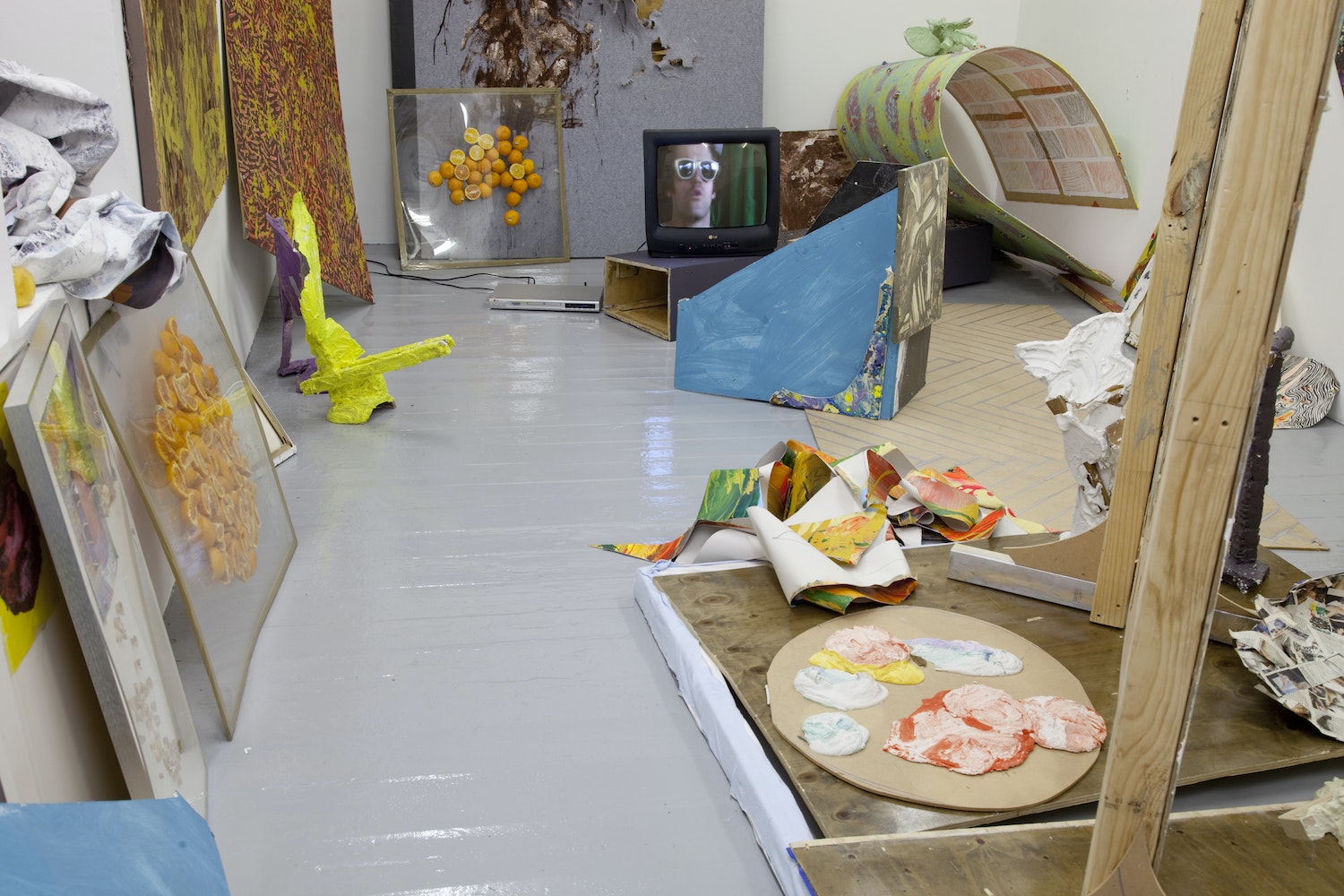 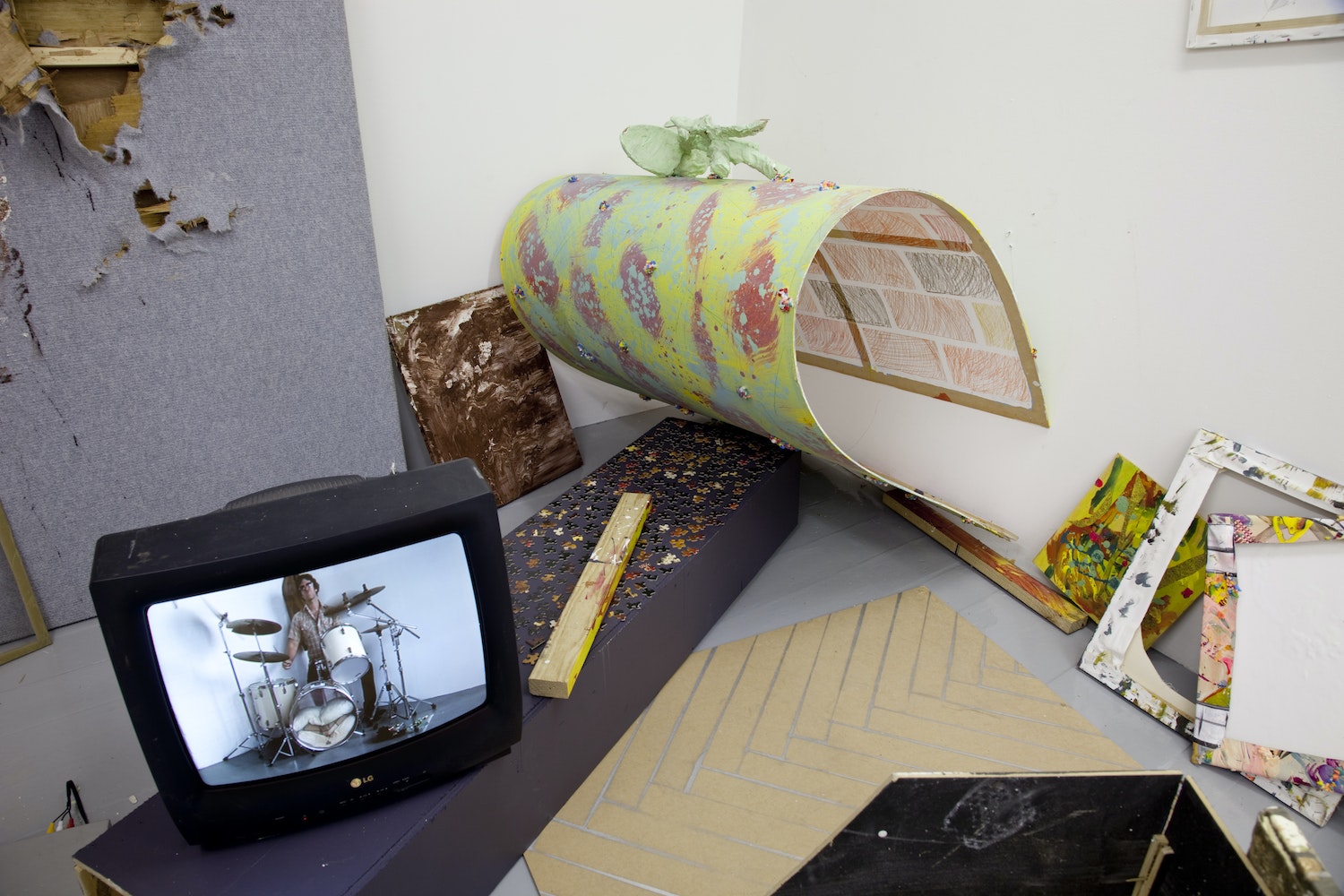 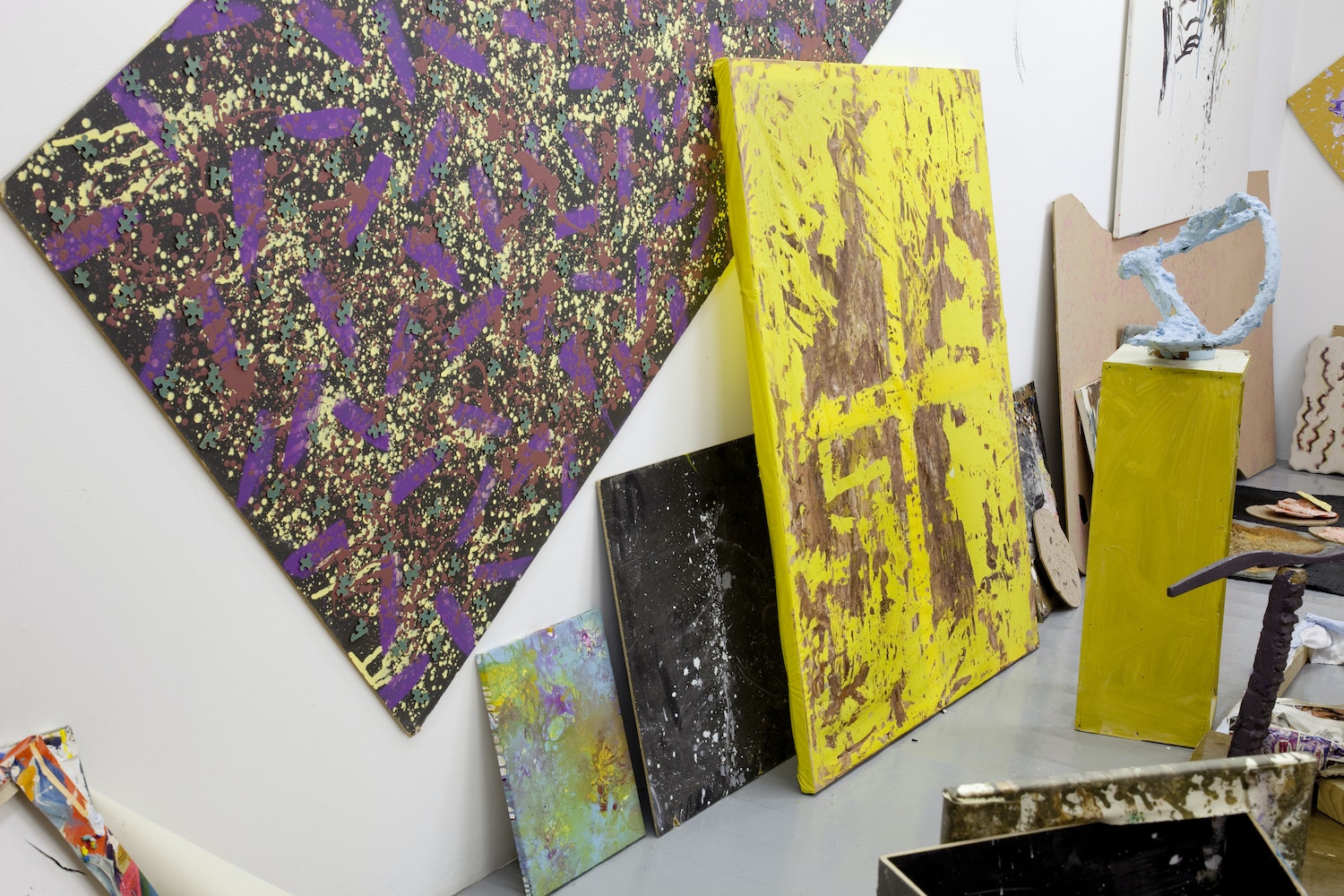