Emerging artist Jensen Tjhung’s diverse practice has reflected the schizophrenia of his generation. Tjhung’s drawings, sculptures and large-scale installations present distorted memories and damaged impressions of his surrounds. Tjhung’s work at Gertrude Contemporary, Un-Sunken Lounge was based entirely on an image that he saw in a magazine as a teenager. The image featured Don King’s 1980s penthouse apartment, furnished in excess. Working entirely from this memory Tjhung created a sculptural installation replicating a portion of this opulent sunken lounge. The resulting sawn-off extraction was displayed as a freestanding cross section, replete with moss and weeds that have gathered over time as the memory aged. Out of the mythology surrounding such high rolling extravagance a jungle grew. As Tjhung describes, the installation reveals “moments of depravity and drug-induced spot fires that have left trails of moss that creep through to the rotting framework below.” Tjhung’s full-scale installation occupied the entire Front Gallery of 200 Gertrude Street, inviting viewers to peer into the mess and reflect on the state of their own imaginings. 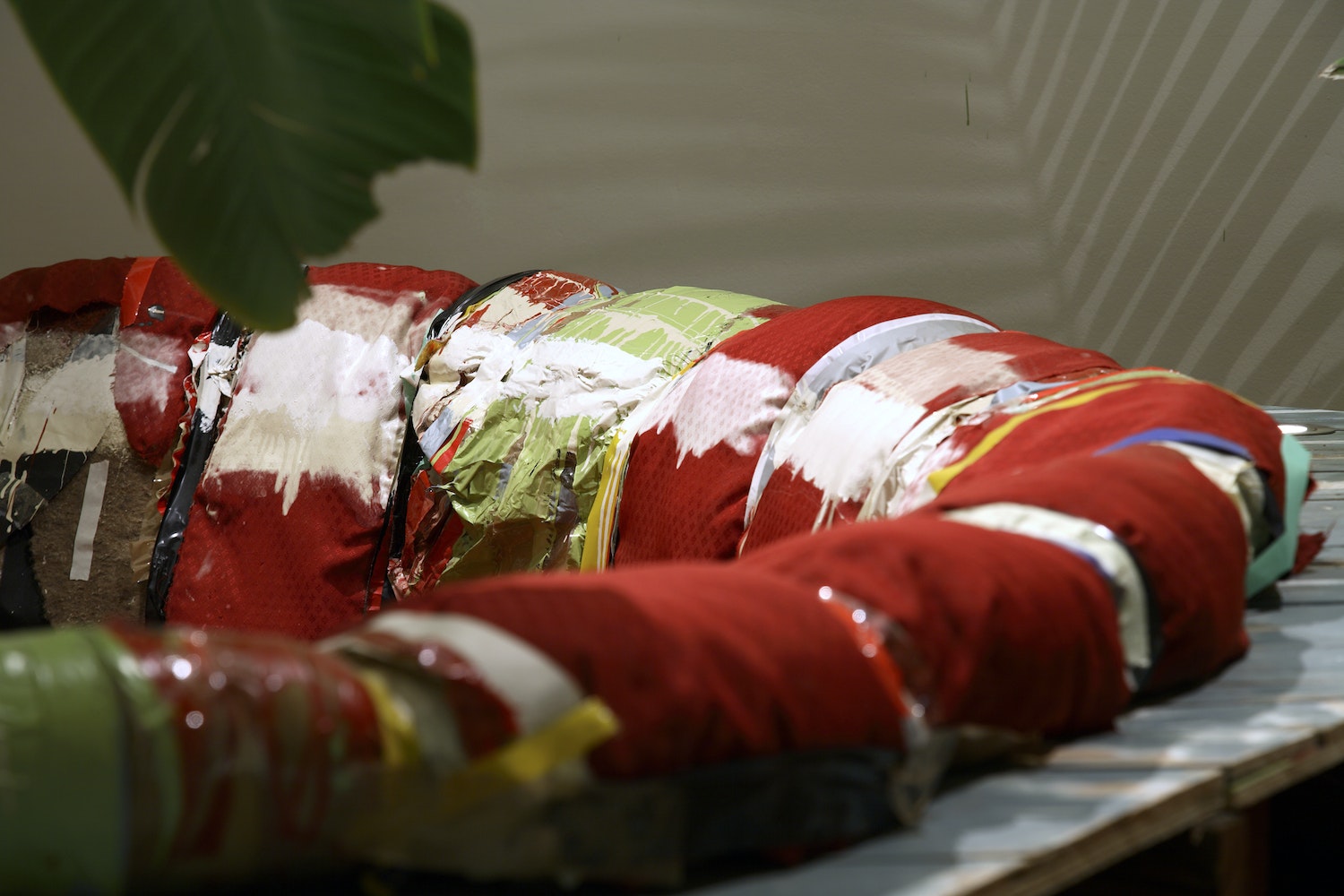 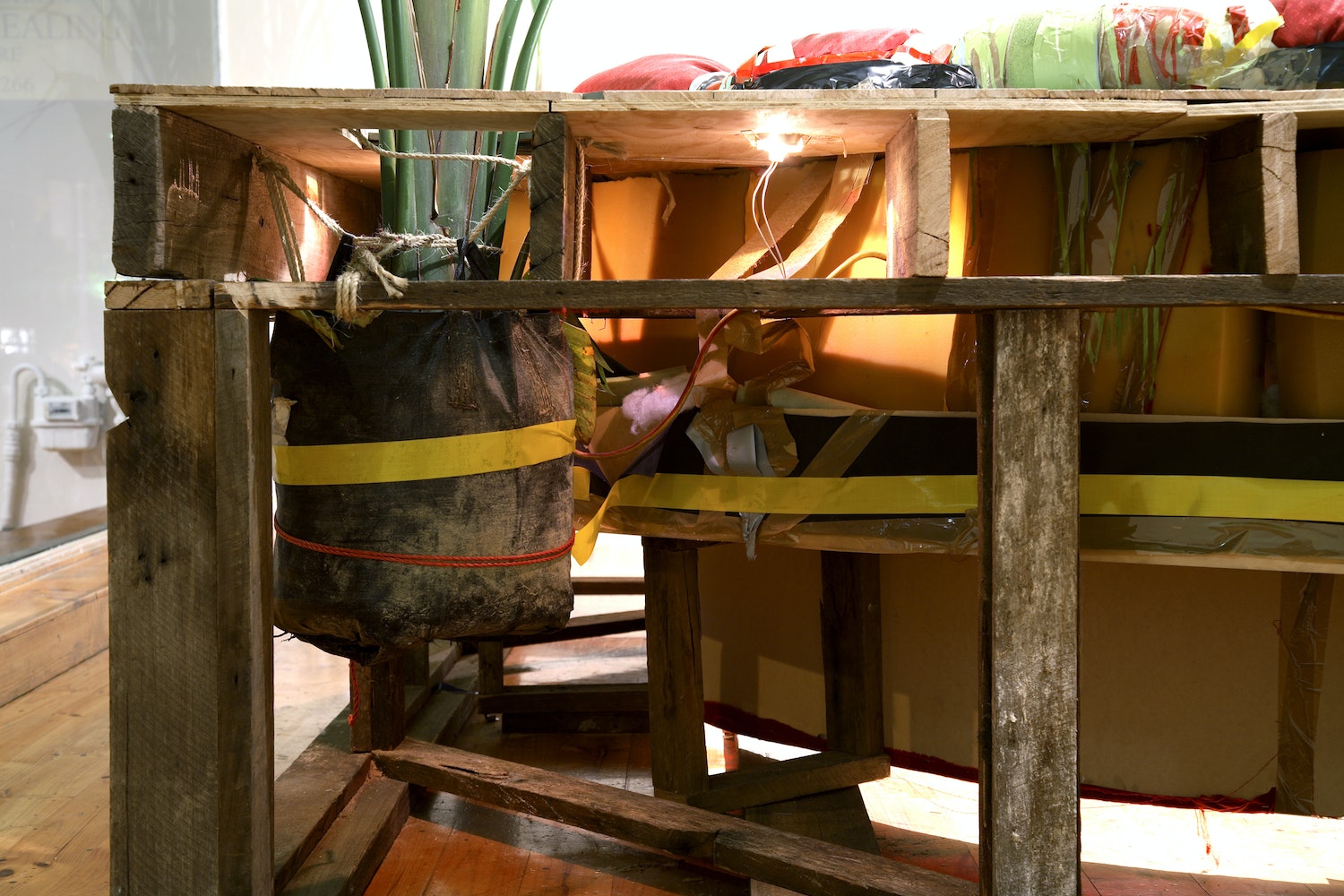 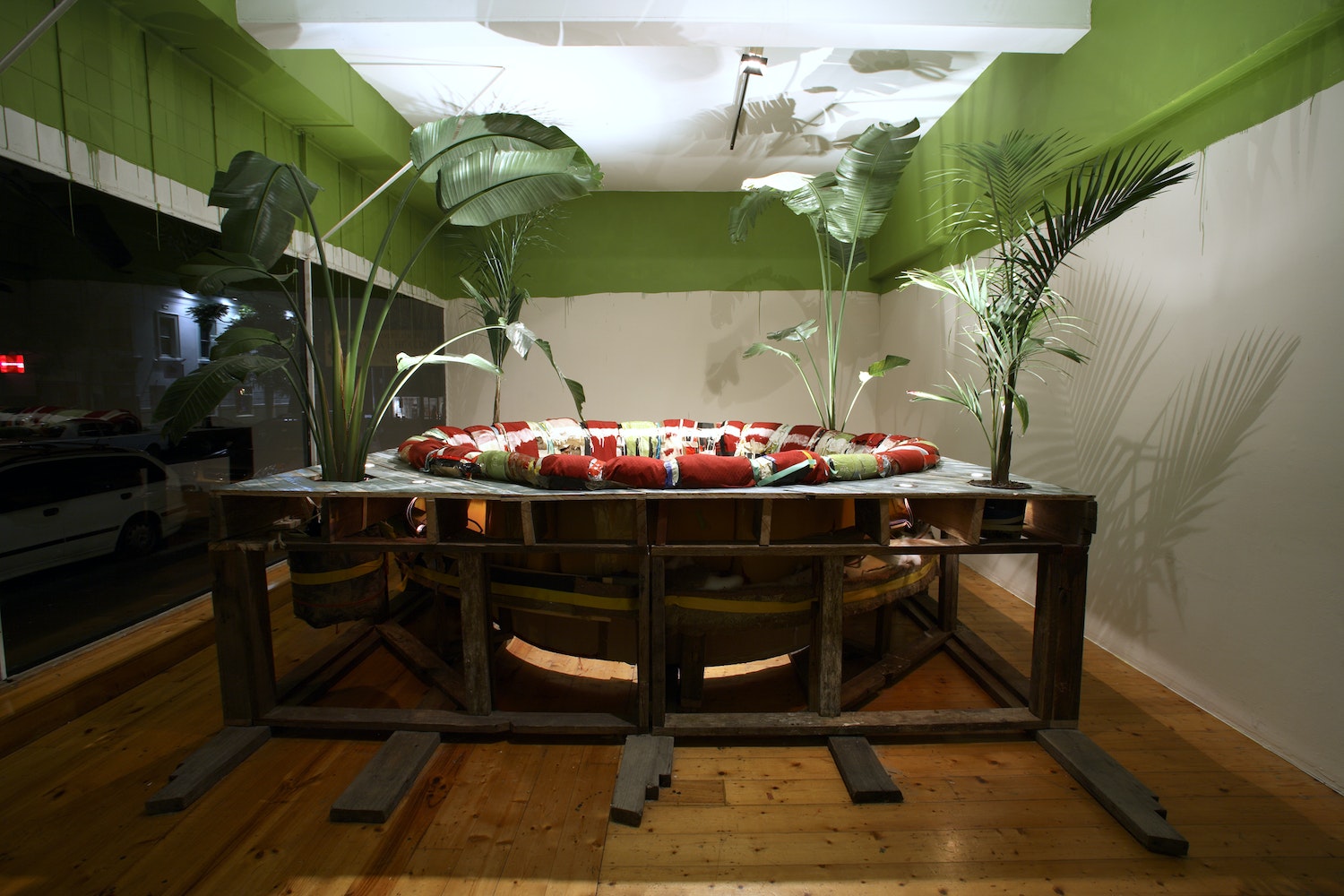 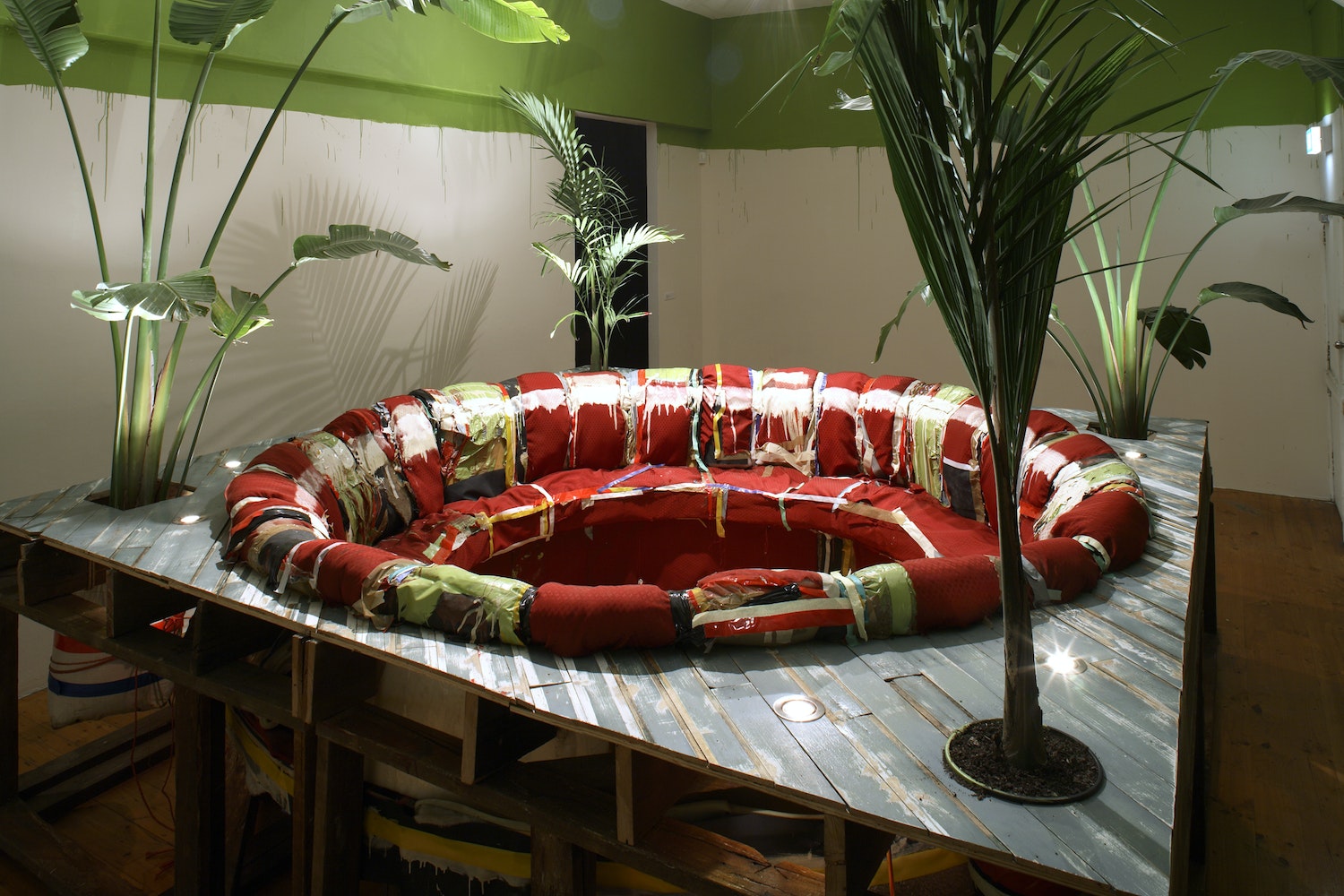