In The Passion According to G. H, Clarice Lispector uses the metaphor of cutting meat into small pieces to produce form. This image suggests that in order to organize, there must initially be something formless that can be given a positive value. In Infinity of wind muskets, Matthew Shannon takes as his positive matter both the sonic vibrations produced by an electric guitar and the vibrations and sounds produced by activity in the exhibition space. For a steak knife Shannon substitutes a custom-written computer program that translates the slightest reverberation of a guitar string into data that feeds a pulsing lighting system.

The sound-to-light converter doesn’t simply direct the impact made on a particular guitar string to a corresponding light. The information is sorted according to frequency, complicating the relationship between sound and the light patterns generated. The German composer Karlheinz Stockhausen postulated that since everything alive vibrates (built as we are from cells and nerve-endings communicating with each other through tiny movements), acoustical vibrations must have the ability to alter the rhythm of living organisms. Shannon recognizes his audience-as-vibration, but reverses the direction of the flow of information, allowing the audience’s slightest breath to penetrate the electrical system of the art-work, and to generate a concrete visual output. Like Lispector’s red meat, it is primarily the audience which provides the formless data that piques the human need to order. This may suggest that the subject of the work is less the triumph of the technology that can visually represent music, and more the agency of the person who enters the room, picks up the guitar, and nervously starts playing something from the suggested play-list.

The particular guitar chosen carries its own connotations. An ordinary electric guitar conjures teenage boys’ bedroom fantasies of rock stardom, the list of generic, innocuous songs and the tangle of cords on the floor feeding such an impression. However, nothing is done to encourage the guitarist’s delusions of grandeur; unlike in the video game Guitar Hero, there is no applauding crowd, no amplifier, and no podium. The work is glacially grounded in reality: if you can play a little guitar, don’t get carried away because the bedroom door isn’t closed and you definitely can’t “play” the lighting system anyway. This interjection of anxiety complicates what could have been simple, albeit technologically-mediated, fun.

This grounding is also temporal. The lighting strives to exist in the present tense, to mimic the vibrations as they happen. Yet, there is an unavoidable time lapse between the event and its registration, a gap that becomes increasingly apparent the more that the sounds increase. Another discrepancy is that between the totality of all sonic vibrations within the space, and that which touches the guitar strings with sufficient force to activate the chain of calculations that finally produces light.

What is the significance of these ‘gaps’? Neurophysiology has established that what we see is not a direct coding of light patterns focused on the retina, but that between the retina and the visual cortex ‘the inflowing signals are modified to provide information that is already linked to a learned response’ This suggests that unbeknownst to us, our brain tampers with inputted visual data to render it more palpable (to confuse senses). To extend the analogy, it could be said that Shannon has displaced the burden of interpretation from the human on to a machine. We supply the data, and the sound-to-light converter tells the lights to turn on. Teaching us by kinesthetic analogy, Shannon has set up an interpreting system that exempts the human from work and leaves them free to play.

Yet, it is the machine that ‘plays’ the body, soaking up its reverberations and writing them large. The guitarist still has fun strumming the guitar, but the fun derives from the idea of controlling what is formless. If what reaches the visual cortex is not exactly what exists in the external world, then there is a dimension of reality that lies beyond our comprehension. Shannon’s Infinity of wind muskets highlights these ‘just-beyond-our-reach’ spaces in the attempt to reach them. 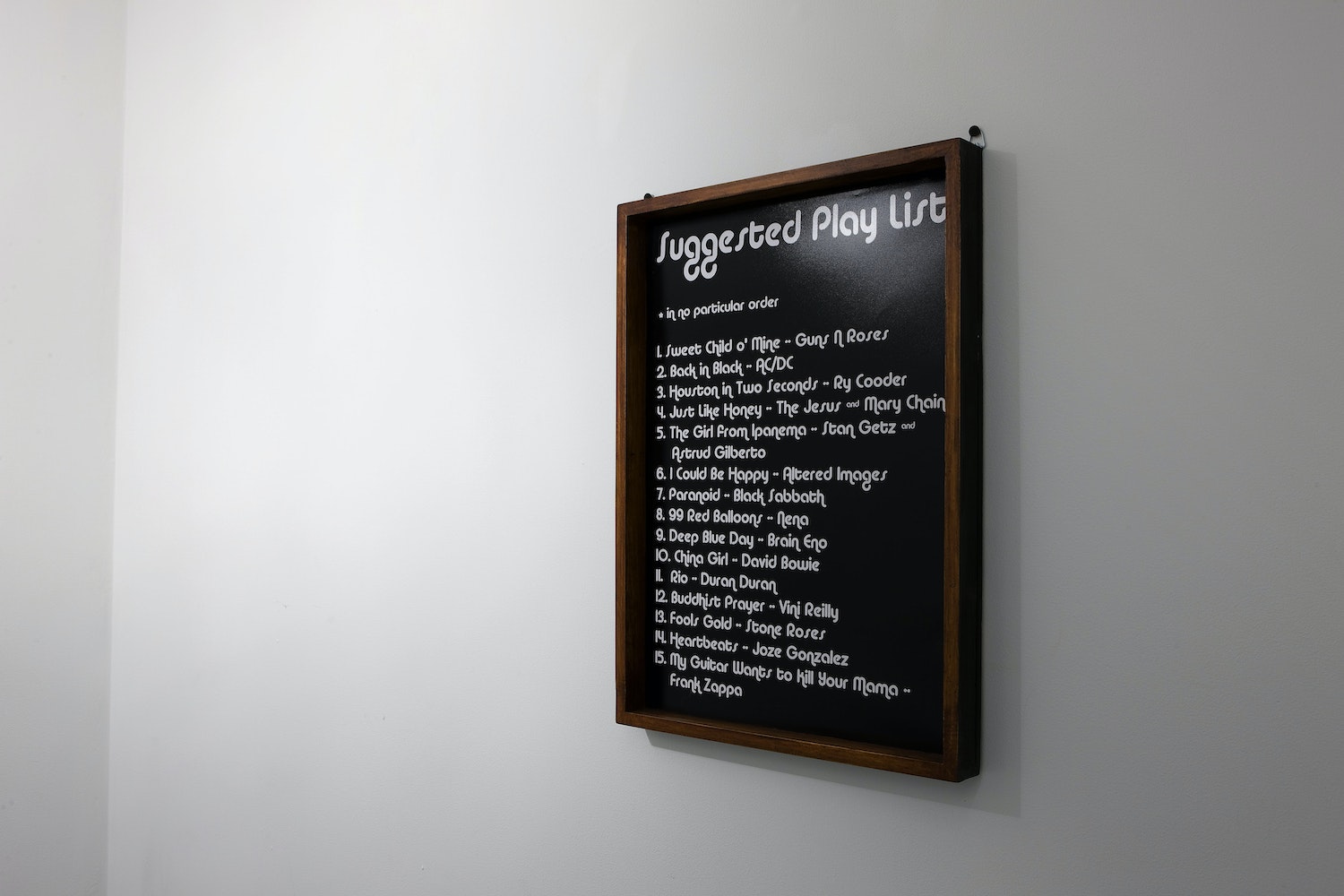 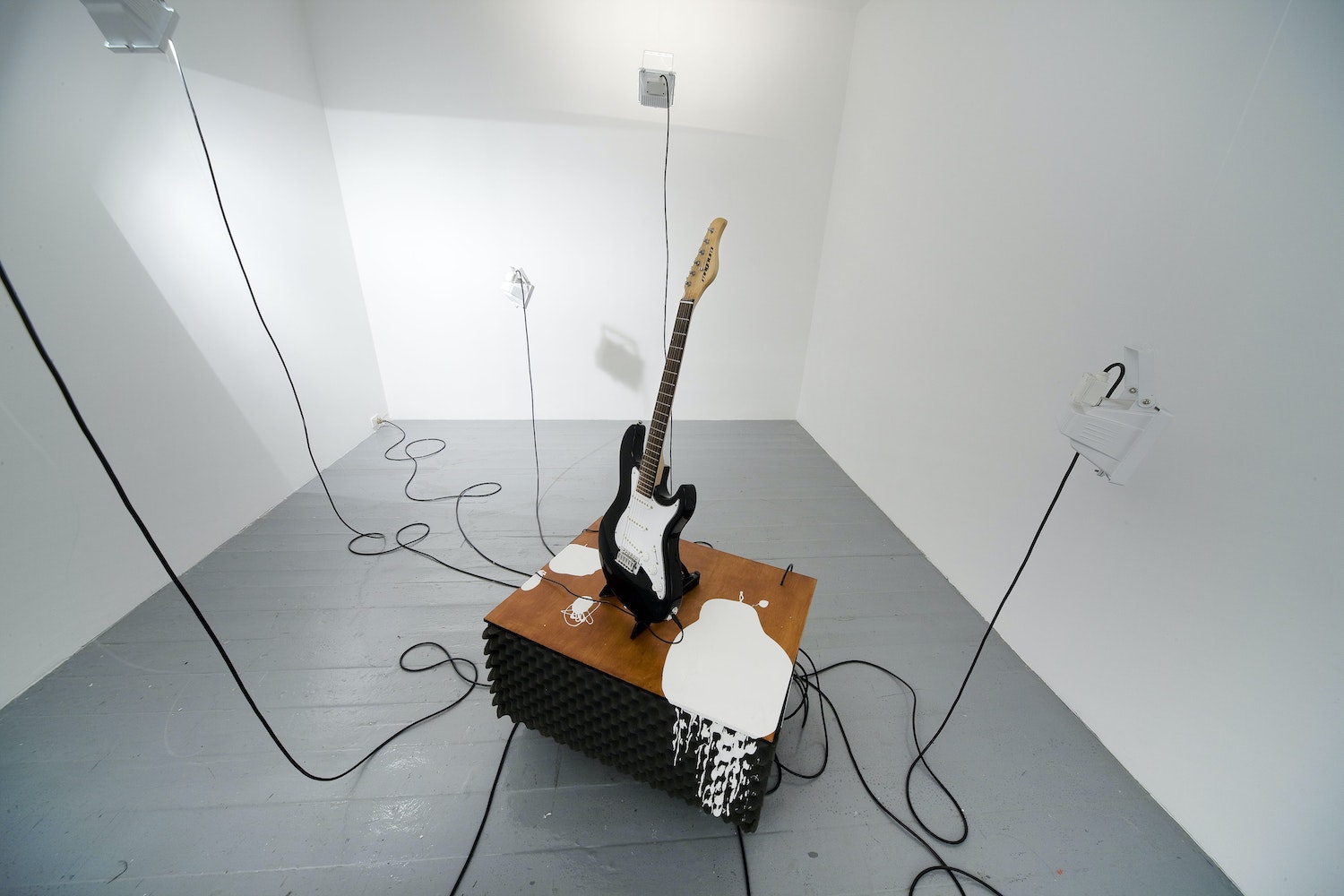 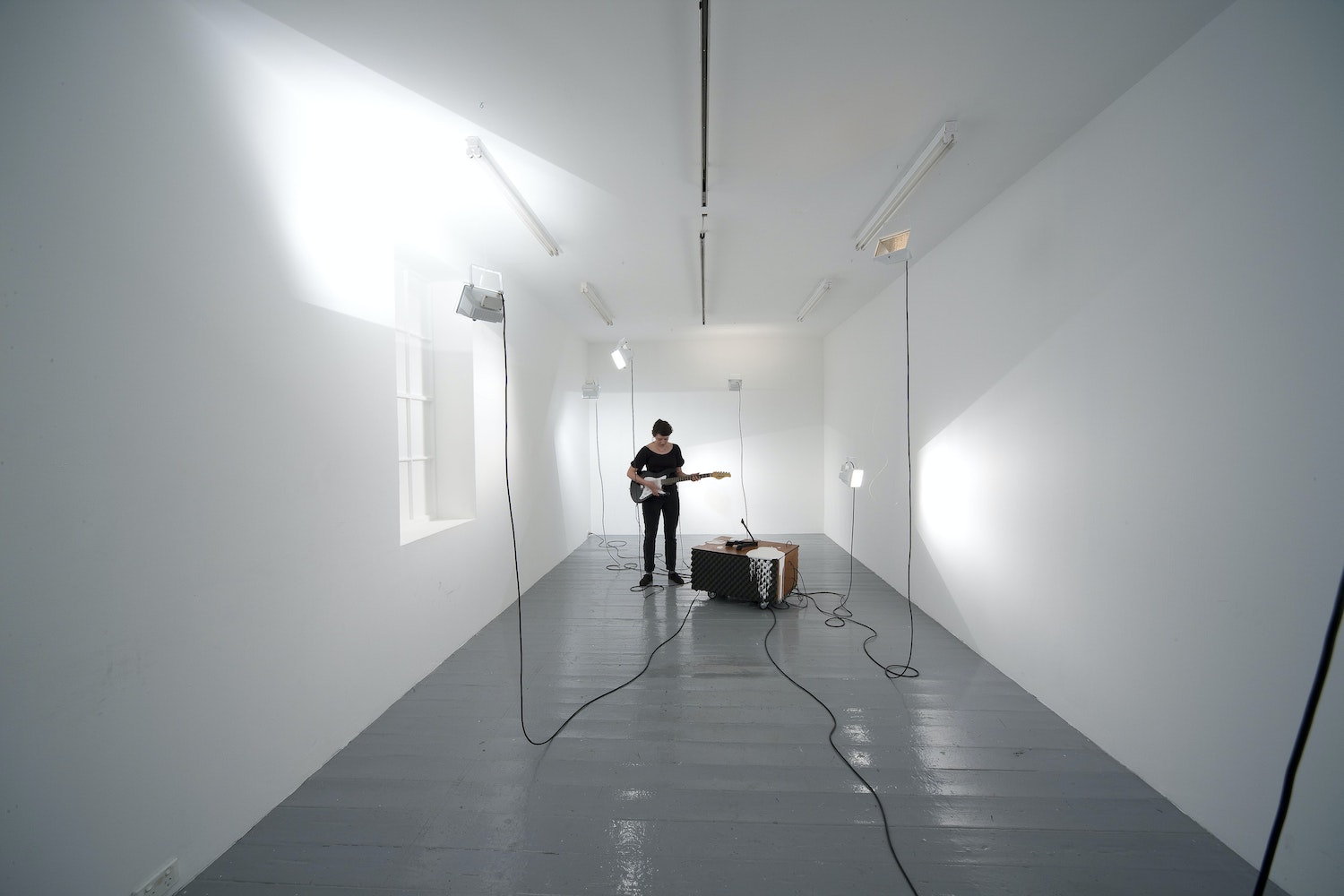