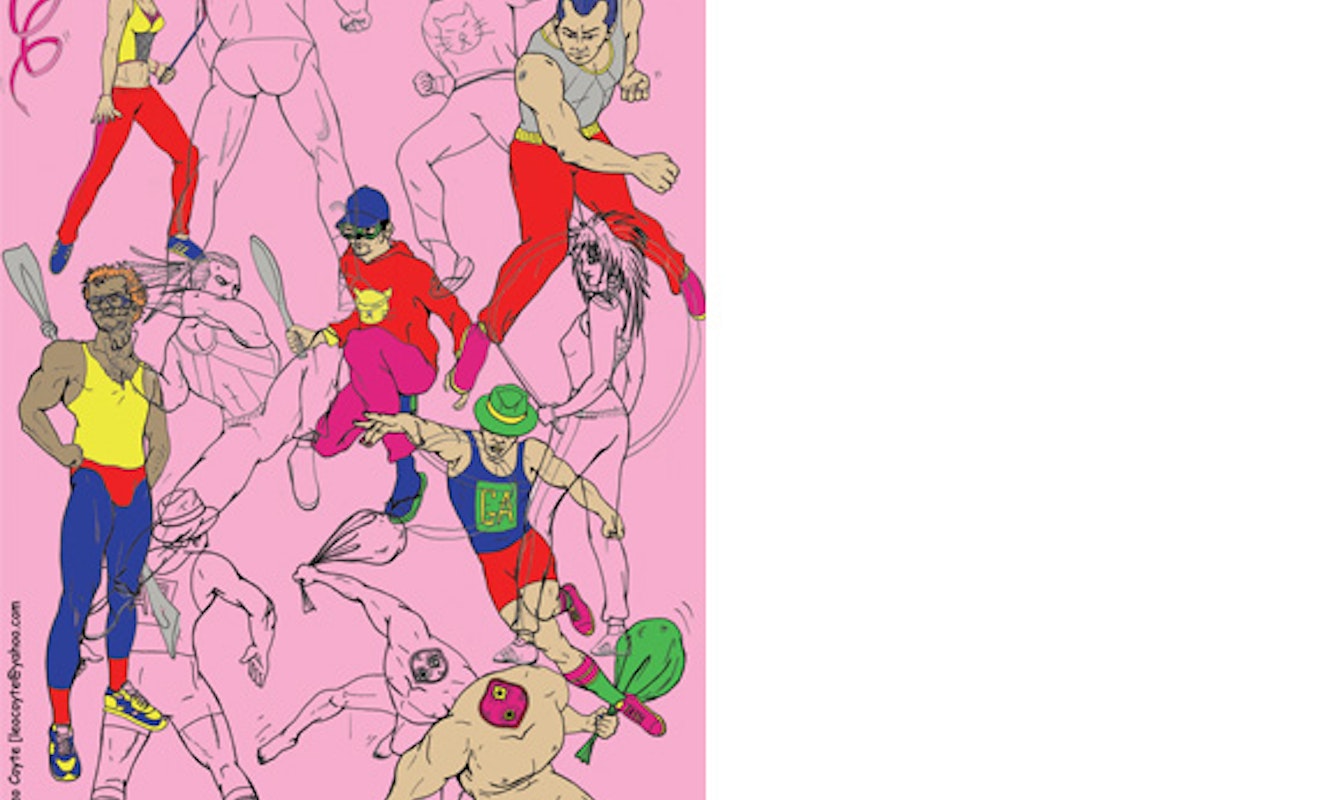 Imagine an arena. A grand event… Artists battling. Art against art. Artist against artist. Art against artist. Art against sport in a contemporary Australian climate. An art event to coincide with a Commonwealth Games. For Grudge Match, young curator Tania Doropoulos had paired six artists together, to battle each other via artistic intervention. The selected artists developed new artworks in opposition or collaboration with each other in an explosive space, where concepts and aesthetics were faced off in a creatively challenging environment. This process effectively turned the artist’s studio into a sporting arena, where two artistic positions would fight for dominance, or two voices seek synergy through collaboration. Grudge Match considered the politics of sport and art, and the production and reception of both in contemporary Australia: the way sport is inherently dominant in our culture, and how as a cultural tool, art locates a position amongst a broader Australian audience. Grudge Match existed somewhere between competition and collaboration - between the practice of one artist and another. It considered the shifts between individualism and collectivism, the disciplines of the lives of artists and the lives of athletes, the ideas of the watchers against the watched, the leaders against the followers and the athlete/artist as spectacle. The resulting exhibition exploded into the space, occupying the walls, floor, ceiling and in-between spaces of 200 Gertrude Street’s Main Gallery with an intensely playful energy. The fourth in a series of exhibitions by emerging curators at Gertrude Contemporary Art Spaces, Grudge Match: Game On was presented in association with the 2006 Next Wave Festival. Grudge Match: Game On was supported by ArtsWA and NAVA. 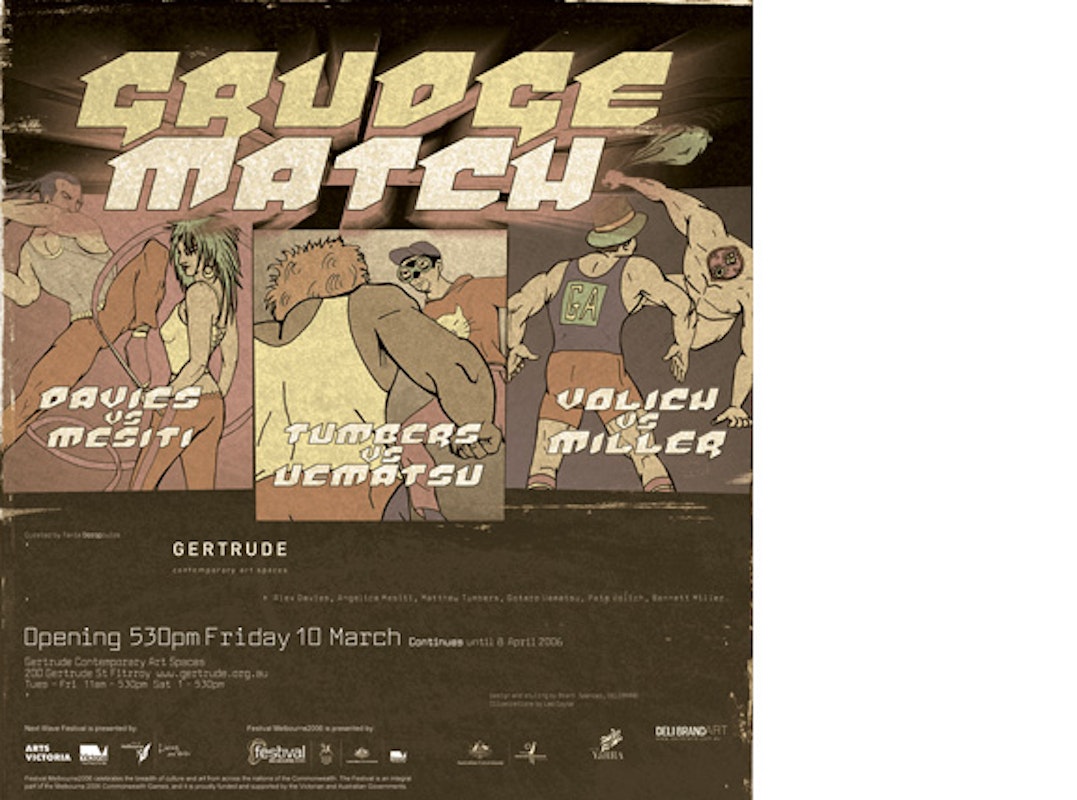 Great Movements of Feeling was assisted by the Gordon Darling Foundation and the Australian Government through Australia Council, its arts funding and advisory body. With thanks to ACU University and MvS Architects.