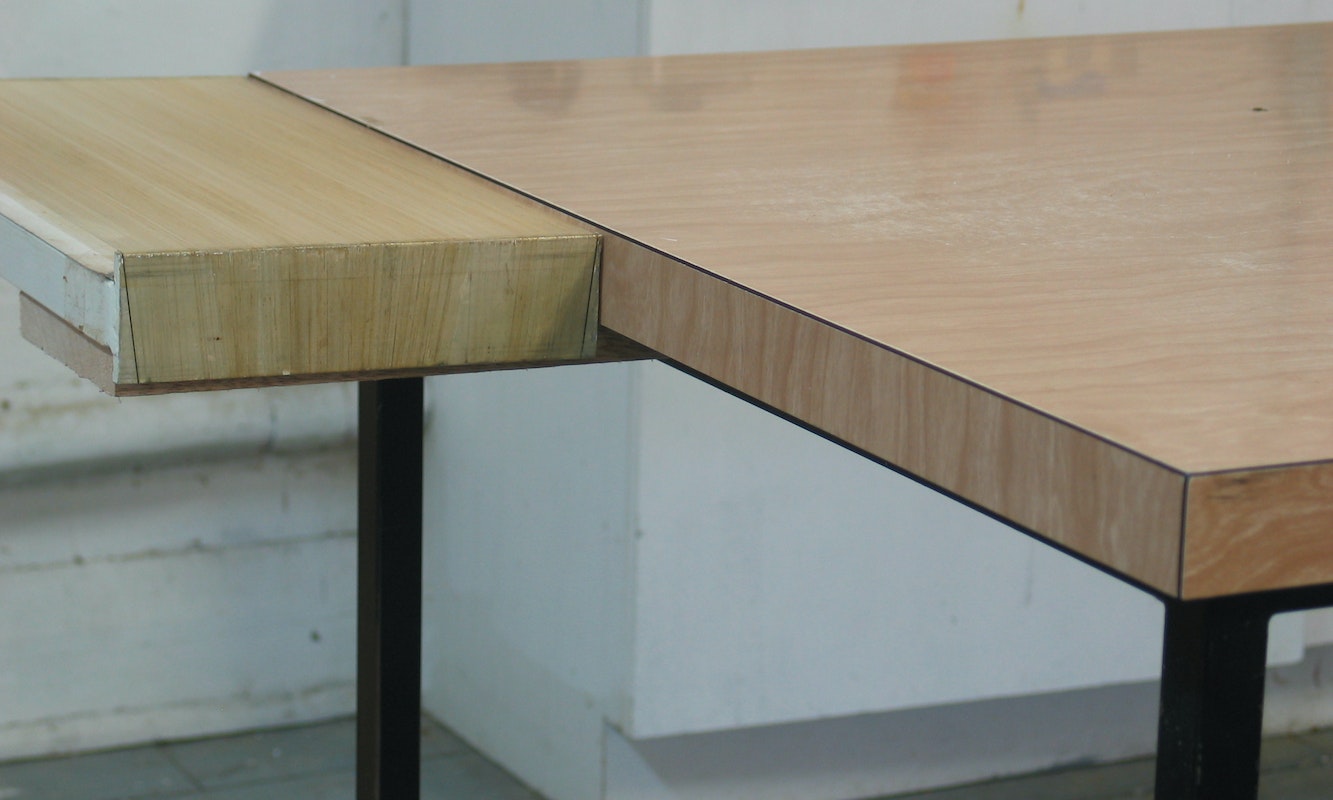 Stuart Ringholt’s Untitled marked a thought-provoking departure from the socially-outward, performative aspects of his practice, which had previously been showcased in the exhibitions NEW 05 and A molecular history of everything* (*well not everything) at the Australian Centre for Contemporary Art. Ringholt’s minimal installation comprised a laminex table with a small rectangular attachment adhered to one end. Over this attachment, Ringholt had painstakingly woven hundreds of individual strands of horse hair. The laborious process of making this work produced a resolutely formal, yet melancholic sculpture bearing poignant traces of everyday life, dislocation and violence. Accompanying this exhibition was an insightful catalogue essay by young writer Nicola Harvey. The second in an edition of four Studio 12 Catalogues authored by emerging writers under Gertrude and Express Media’s Emerging Writers mentorship program, the catalogue provided a thoughtful meditation on the issues raised by Ringholt’s intriguing work.