Having Fun With The Captives

Trevelyan Clay, Having Fun With The Captives, Gertrude Contemporary, 2009.

In 2009, Gertrude Contemporary was pleased to present a major body of new work by painter Trevelyan Clay. Clay’s large-scale, graphic abstractions have existed along the edges of many intersecting painting styles, drawing on a vast array of influences in an attempt to understand the compulsion to paint.

As Clay has put it “I thought of these three different species of art (Miro, graffiti art and Contemporary Aboriginal painting) and how similar their intention was despite their difference in geography and time. Creating an idiom…I am interested in re-contextualizing the idea of art (in my case graphic composition/mark making) as 'human activity' a seemingly pure compulsive action.”

For his exhibition at 200 Gertrude Street, Clay created a series of large wall paintings in the front gallery that registered a discordant and intense visual. These wall works were reminiscent of high-end Capitalist graphics merged with low-fi graffiti styling and mass-produced logos. Drawing on diverse sources from automatic drawing, found images, western desert painting, Bauhaus and the work of Kandinsky, these stylistic collisions, were softened by a more meditative space beneath the surface, that like an eye in the storm calmed the noise at the surface of the works.

“I want to massage an eyeball with a relaxed soulful wrist. The eyeball is the captive today, two different styles of juice from the one brand, for the two balls. The eye can’t drink the juice, I can.” Trevelyan Clay, 2008

Trevelyan Clay was born in Leeds, UK in 1982 and graduated from the Australian National University with a Bachelor of Visual Arts, 1st class Honours, in 2004.  He lives and works in Melbourne, and is represented by Neon Parc, Melbourne.
[Biographical information current as at November, 2009] 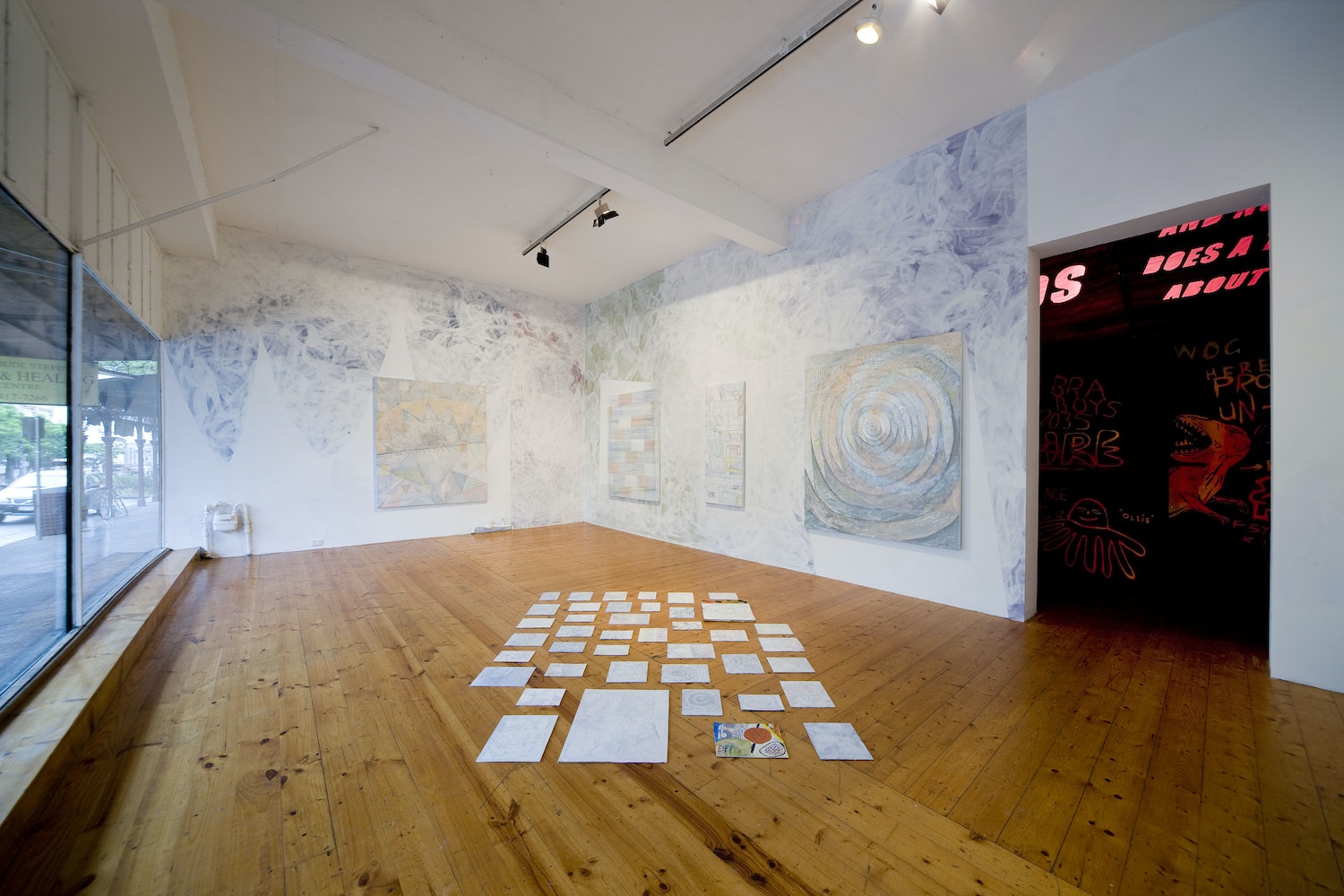 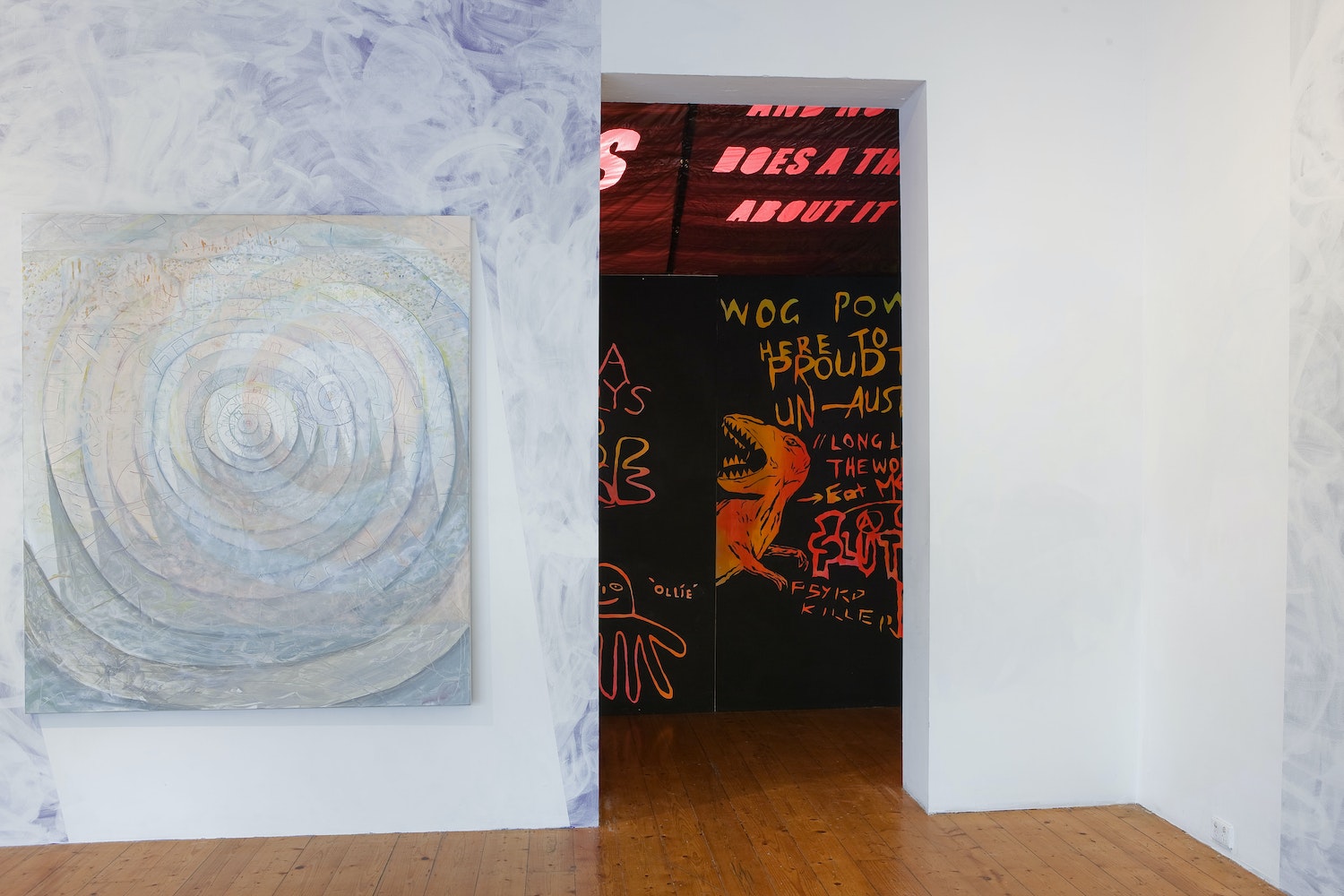 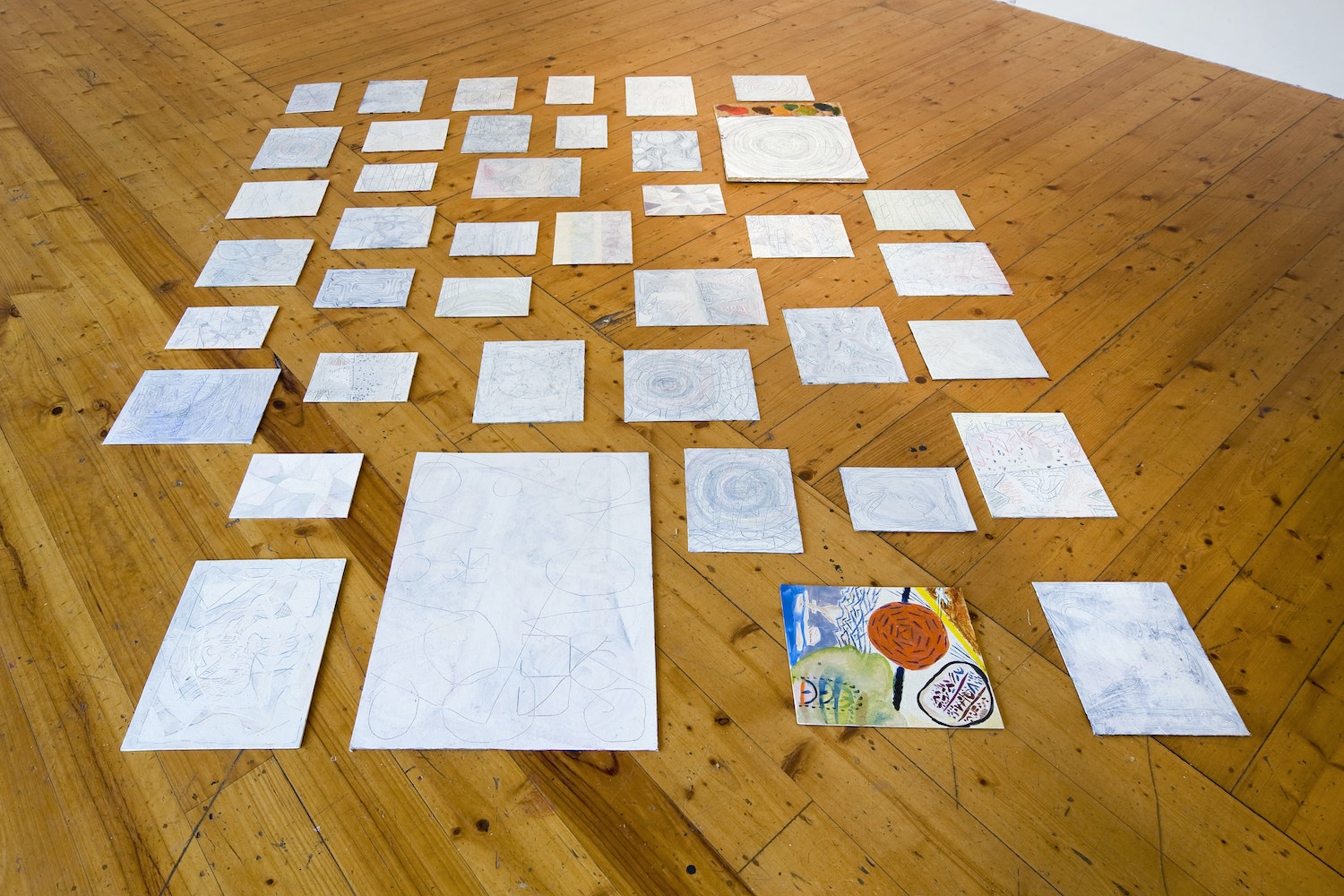 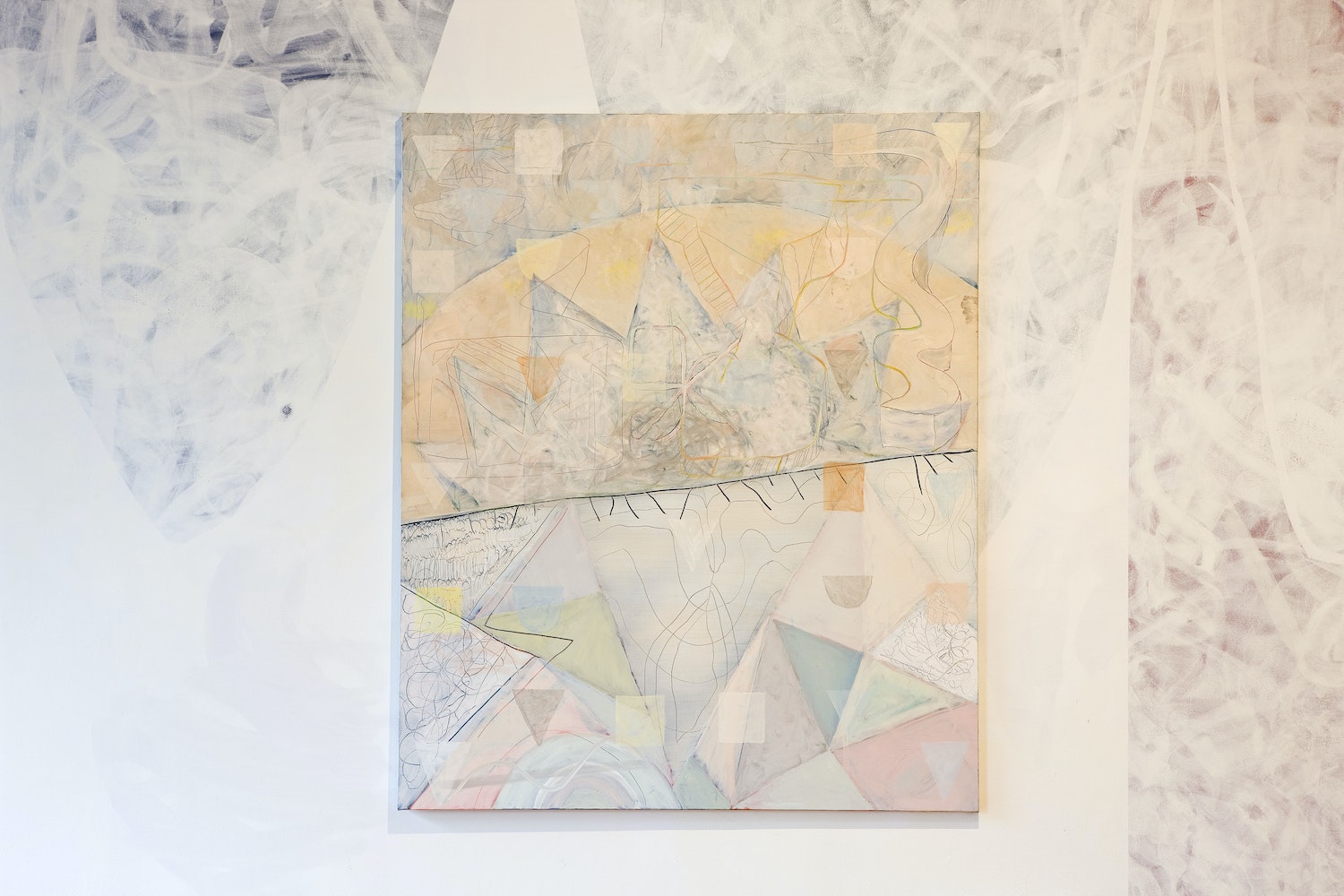 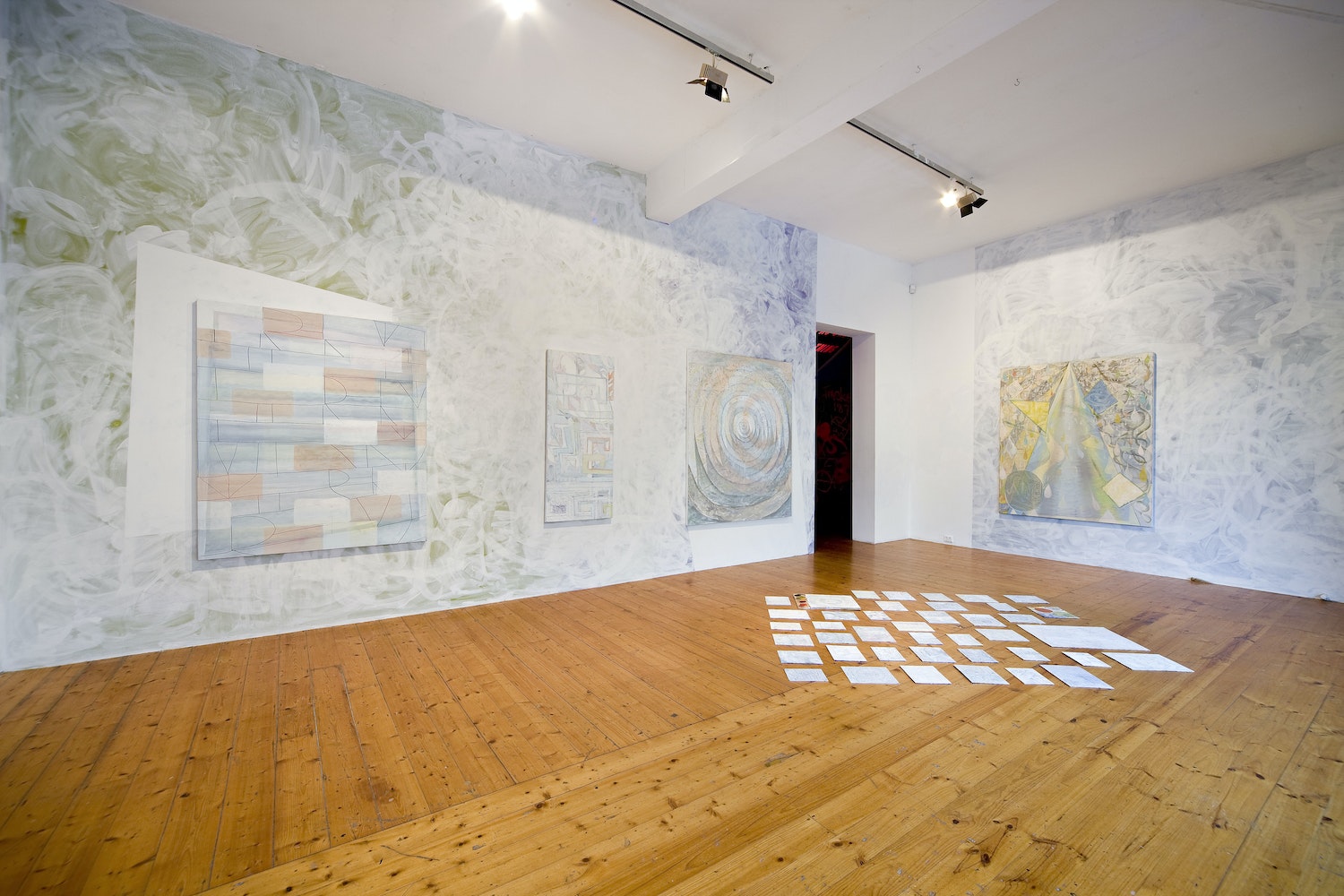 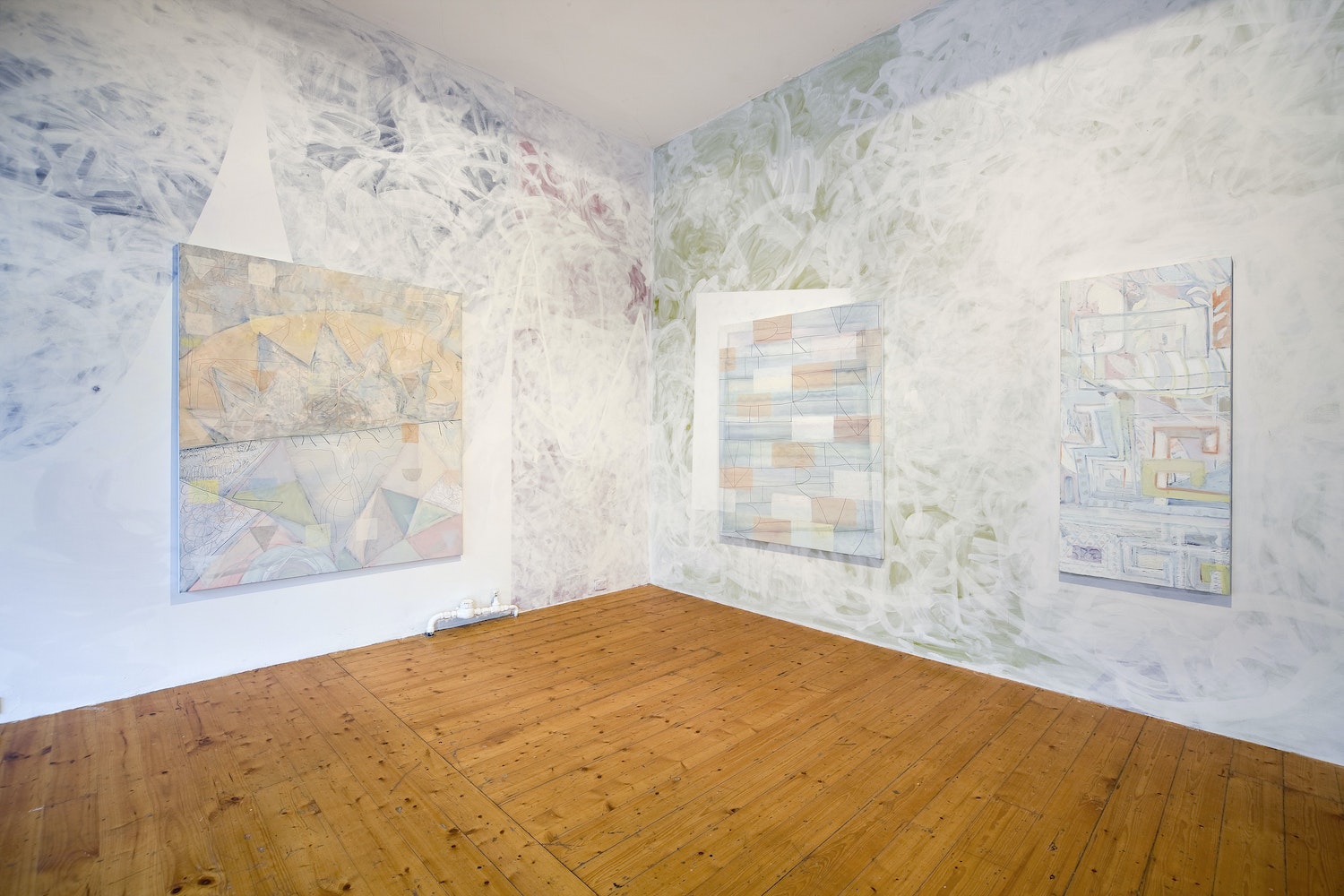 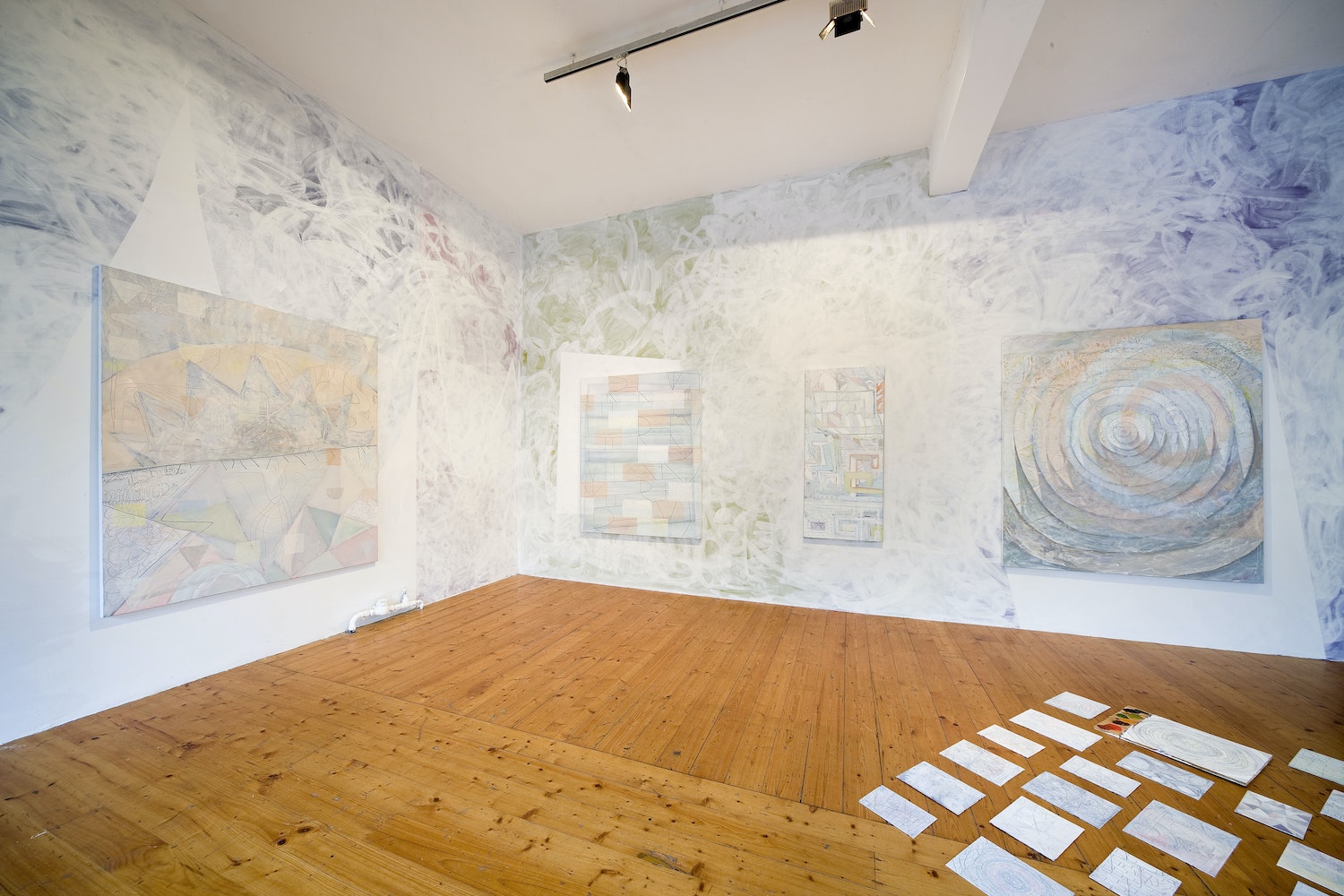