From and For My Father

Installation view of Natalya Hughes, 'From and For My Father' at Studio 12

Holding the piece of paper, it curls up in a damp palm, and the pins pierce the paper to the surface of my skin. A little blood. Punctuated with tiny spots, holes. Stop stop stop stop.

This is the 'accident which pricks, bruises me', the first ‘punctum’ of Barthes’ Camera Lucida (1980, p26). The other ‘punctum’ is time, or the existence of the dead within the photographed object. Admittedly, it’s a perversion of Barthes’ thesis on photography yet there’s correspondence in the idea that time and its deceits might be embedded in an image. Often unfurling slowly, enfolding us in its comforting arms, we stroke its soft, luxurious fur and it is seemingly tamed but, like all beasts, time is unruly and without warning it turns around to bite us. So, to order it and make sense of it, we mark time, as Natalya did while making these works at her dying father’s bedside.

Punctuation is time: commas, semi-colons, ellipses, the full stop. A text would be a string of words without it, as with musical annotation, by it we know the time of words. Again, it’s about paper, since punctuation was not standardised until the invention of printing. Punctuation is time: When I was a kid my Dad had a pianola; one of those pianos that has pedals and a roll of paper covered in tiny holes that spins around. The vacuum in its tube is destroyed when air enters through the perforation. Punctuation is time: When I contemplate sheet music, not being literate, I see an abstract arrangement of dots, points and strokes. Yet for a musician, these marks come to life as sound. It’s a kind of pattern recognition but at what point do we register the existence of a repeated form?

The briefest encounter with the works of Natalya Hughes offers up this paradox regarding space and the page, or surface versus illusion. I look at her lines, washes and pinprick incisions, and am stretched, sewn and embroidered into another space and an alternate time. Only I have never seen it like this: the radical shifts of dimension created by punctures in the paper, and line cutting over line, space traversed by space. It’s like drifting on a waveless sea, looking into a mirror when drunk, dreaming after waking in the morning. It returns me to a room full of paintings in the Tokyo National Museum of Art, a room full of paintings with women floating on fields of grass and constellations of blossoms that extend beyond the picture plane like a celestial sky. I saw there for first time that Western art begins with the page as a limited field, whereas the white space of Japanese painting is infinite: a cosmos, an unlimited primordial mass.

The dialectic of ornament and abstraction is central to Japanese art, however the earliest instances of elaborate patterning date back to the 8th century in the Golden Age of Islamic art. Typified in the arabesque, or recurring geometric shapes that echo plant forms and animals, the arabesque constitutes an endless repetition that extends beyond the visible material world to represent the infinite. The symbol for infinity is, curiously, an integration of the arabesque form, which as a descriptive noun is often applied to the movement of a line on a page, the form of a dancer’s body, or the curvature of a horse’s craned head (a trait of that exquisite equestrian breed, the Arab). And in the mystic, underlying order and unity of nature, horses sometimes romp with flowers. Yet in nature’s proliferation, plants grow and sometimes reproduce aggressively (think Day of the Triffids). Weeds are colonisers. So is cancer. Only a weed is not called a weed when it’s wanted, or gorgeous like coral, or chrysanthemums (a symbol of death in Japan). In Natalya’s work the abstraction of death finds excruciating form in ornament. Here, cancer becomes painfully decorative. When someone we love is passing away, we look for beauty.

Infinity, like nature (and death), is terrifying, only in this room of flowers, pointillisms and fabrics I’m like the women in the painting in the Tokyo National Museum of Art: resting on a soft bed of grass punctuated by chrysanthemums, and everything I hold to be true for the picture and for nature is undone. But “perhaps”, as Marcel Proust says in The Remembrance of Things Past , “the resurrection of the soul after death is to be conceived of as a phenomenon of memory”. So he stays with her, as each tiny mark memorialises. The air escapes through perforations and instead of despair, there is reprieve. 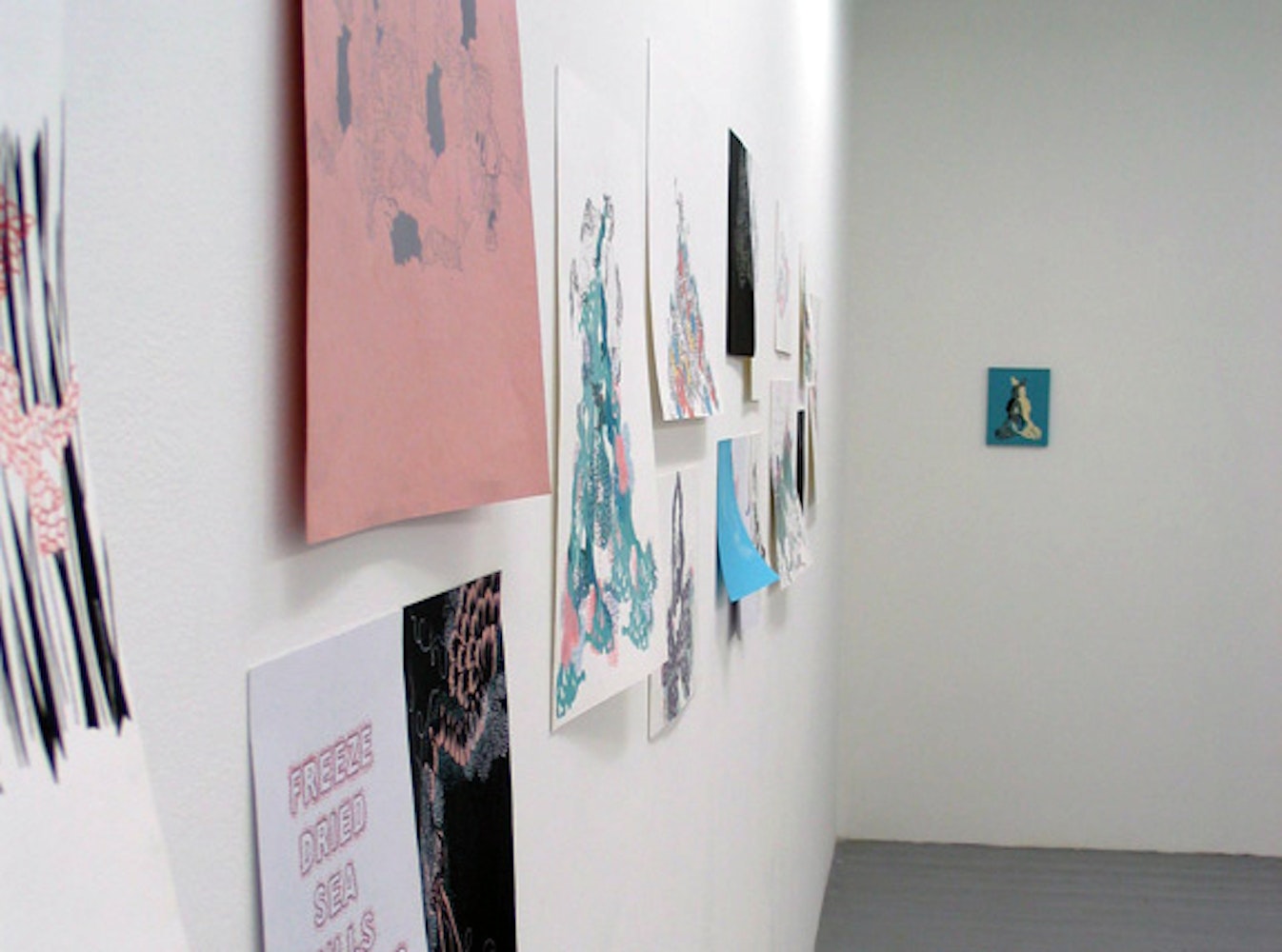 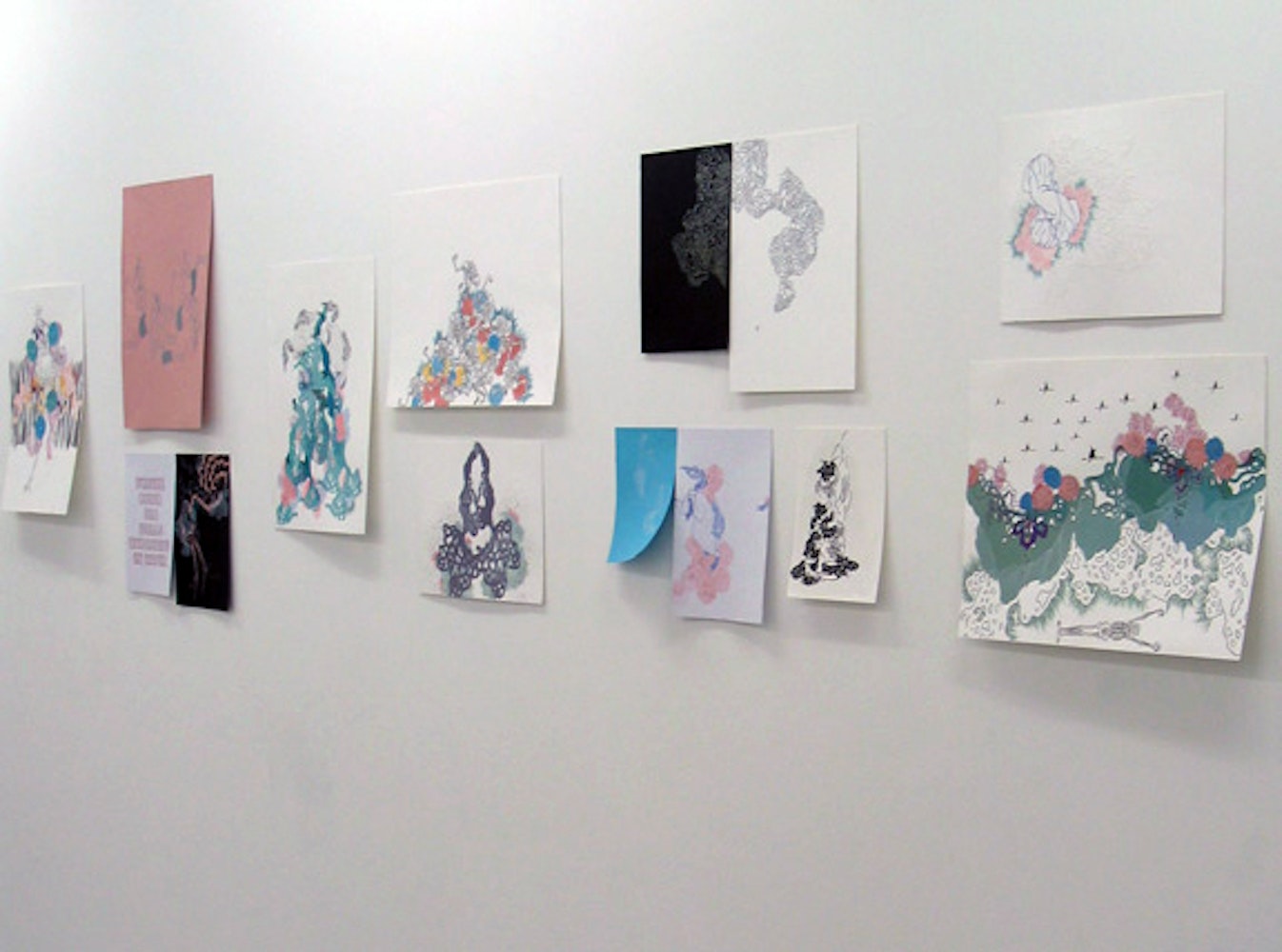 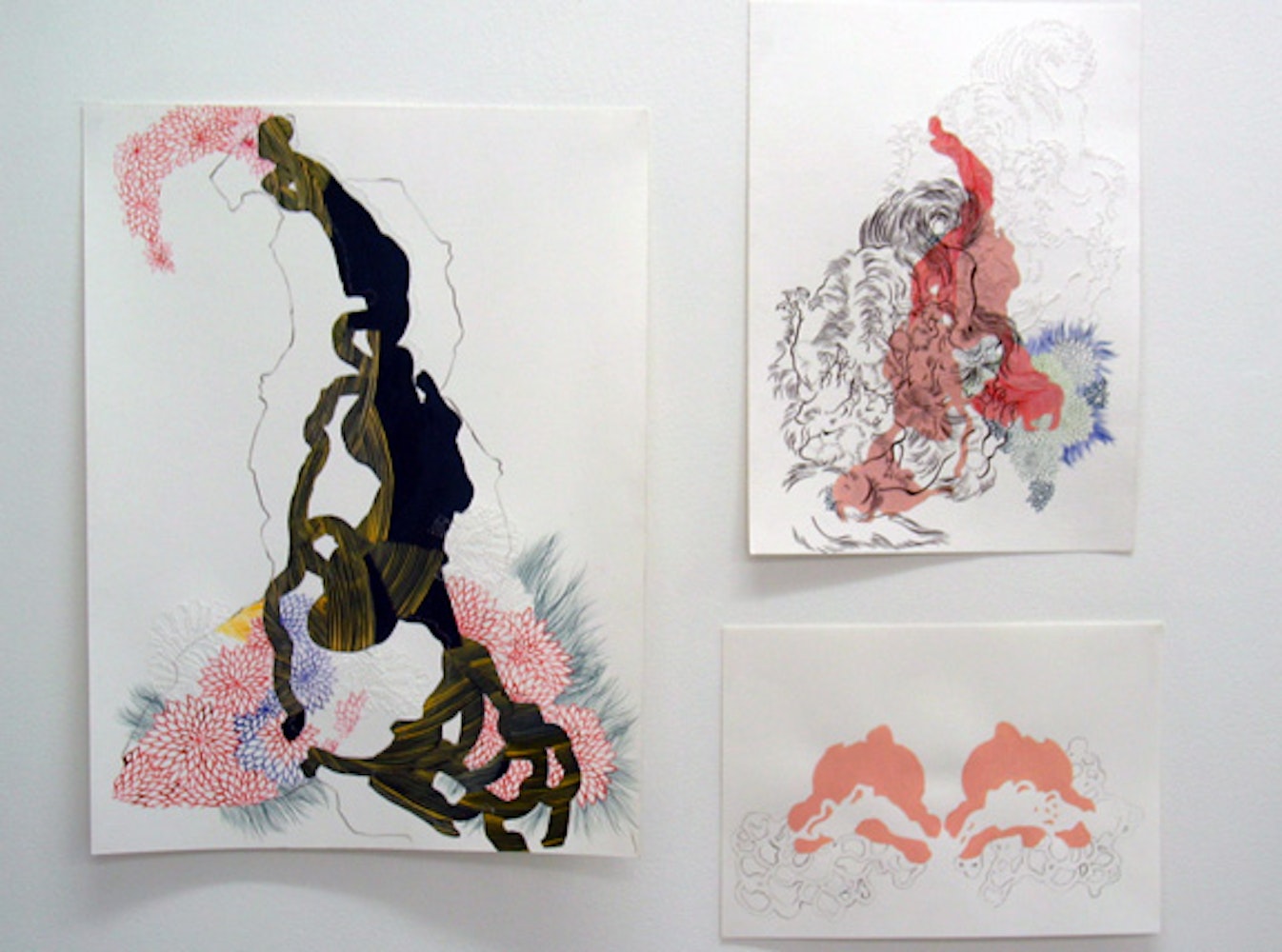